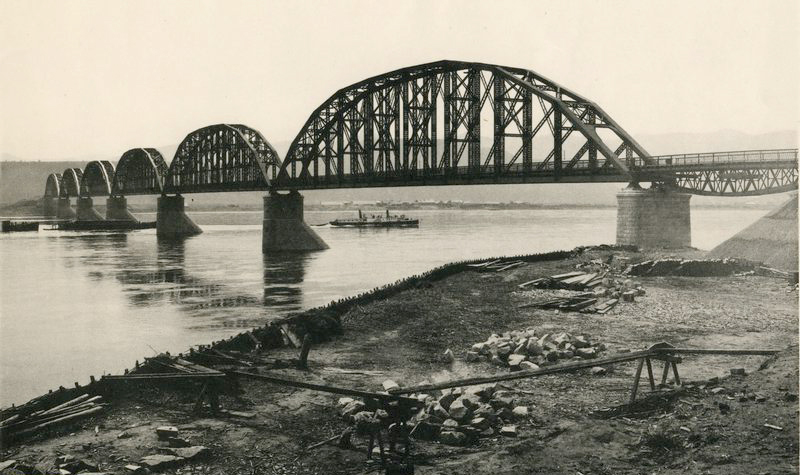 After more than three years of construction, a railway bridge in the city of Krasnoyarsk in Siberia (part of the Russian Empire at the time) was completed. The six-span Krasnoyarsk Railway Bridge, measuring 3,300 feet in length, was built to carry the Trans-Siberian Railway over the Yenisei River. Construction on the railway line, which is now the longest in the world, had begun in 1891. The Trans-Siberian Railway would play a vital role in linking Siberia more closely with an increasingly industrialized European Russia, and Krasnoyarsk Railway Bridge was built in the vicinity of one of the line’s more critical and heavily populated junctions.

Initial load tests were conducted on the bridge the day before it was completed, with several train cars transporting rails across the structure. When completed, Krasnoyarsk Railway Bridge was one of the largest structures of its kind in not only Russia but all of Asia. The bridge had been designed by Lavr Proskuryakov, one of the empire’s foremost authorities on bridge engineering and structural mechanics. (Evgeny Paton, another renowned Russian engineer, likened the quality of Proskuryakov’s bridge designs to the poems of Russian literary great Alexander Pushkin.) The design for the bridge was widely acclaimed well beyond the borders of the Russian Empire and in 1900 it was even given an award at the Exposition Universelle (world’s fair) in Paris by a special committee led by French engineer and architect Gustave Eiffel.

In 2001, Krasnoyarsk Bridge was approved by the United Nations Educational, Scientific and Cultural Organization (UNESCO) for inclusion in the list of World Heritage Sites. Over the next several years, however, the bridge was gradually dismantled.

One thought on “Today in Transportation History – March 28, 1899: A Noteworthy Bridge on the World’s Longest Railway Line”