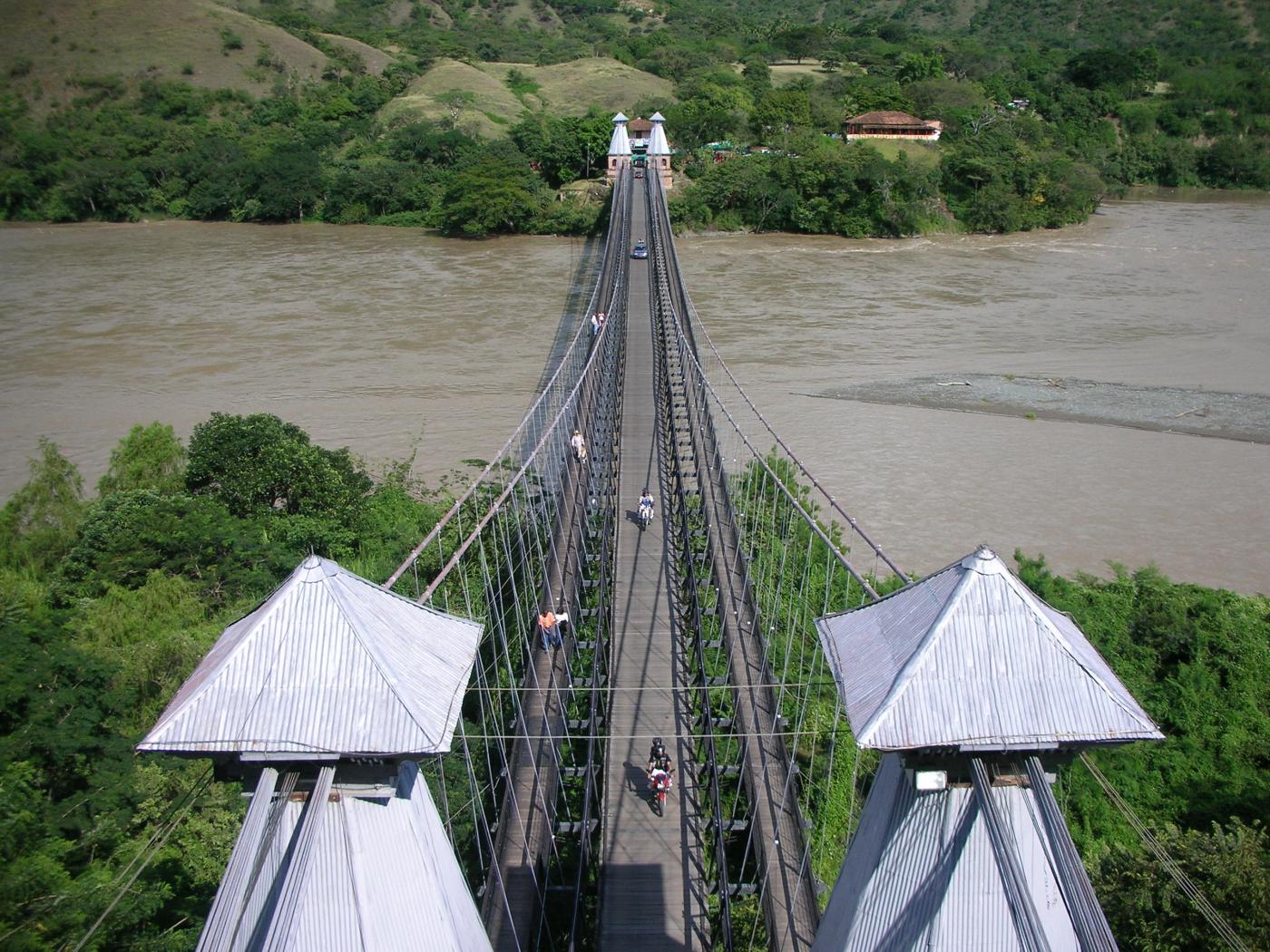 Construction on a record-setting bridge in the Republic of Colombia was completed. The Puente de Occidente (Spanish for “Bridge of the West”), which took eight years to build, is located in northwestern Colombia’s department (administrative subdivision) of Antioquia. The bridge owes its name to the fact that it is in that department’s western region. The Puente de Occidente crosses the Cauca River and serves as a link between the municipalities of Olaya and Santa Fe de Antioquia.

The plans for building the bridge were authorized by Marcelino Vélez, governor of Antioquia. José María Villa was the engineer who oversaw the construction of the bridge. Villa, who had been born in 1850 in the municipality of Sopetrán in that part of Antioquia, studied engineering at Stevens Institute of Technology in New Jersey.

During his time in the United States, Villa helped with the design and construction of the iconic Brooklyn Bridge in New York. He also built various other bridges in his native Antioquia prior to his work on the Puente de Occidente. These other projects included a simple hanging bridge built across a section of the Cauca River south of where the Puente de Occidente would be constructed. That hanging bridge, which made its debut in 1885, was created to connect the municipalities of Jericó and Fredonia.

Work on the Puente de Occidente was a more ambitious and involved project and, as part of that construction process, Villa had cables and other steel components shipped from England. In addition, however, the bridge’s pyramidal towers were made from materials available within Colombia itself. While initially used only by pedestrians, the bridge was eventually opened to vehicles as well.

With a length of 955 feet (291 meters), the Puente de Occidente was Latin America’s longest suspension bridge when it first went into service. While the 2,336-foot (712-meter)-long Angostura Bridge in Venezuela now holds that record, the Puente de Occidente remains one of Colombia’s most treasured landmarks. The bridge was officially declared a national monument of Colombia in 1978.

For more information on the Puente de Occidente, please check out https://en.wikipedia.org/wiki/Puente_de_Occidente and https://www.atlasobscura.com/places/puente-de-occidente-bridge-of-the-west.

A video of the bridge is available at https://www.youtube.com/watch?v=VWvYdxB2Ffg.

One thought on “1895: This Suspension Bridge in Colombia is Still the Second-Longest Span of its Kind on the Continent”