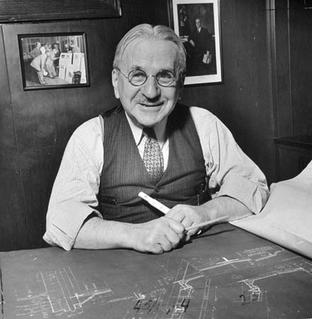 March 21, 1869 Albert Kahn, who helped create a number of key transportation-oriented facilities and is widely regarded as the “father of modern factory design,” was born in Rhaunen in the Kingdom of Prussia (now Germany). When Kahn was 11, he and his family immigrated to the United States and settled in Detroit. Kahn worked at... END_OF_DOCUMENT_TOKEN_TO_BE_REPLACED