October 11, 1948 Capitán Vicente Almandos Almonacid Airport in La Rioja Province in western Argentina was officially opened. This airport serves as the principal one for that province. Capitán Vicente Almandos Almonacid Airport is specifically located in the northeastern part of the city of La Rioja, which is the capital of the province sharing its... END_OF_DOCUMENT_TOKEN_TO_BE_REPLACED

September 28, 2019 In the Brazilian state of Santa Catarina, a new terminal for a longtime airport near the municipality of Florianópolis was officially opened. (Florianópolis is the capital of Santa Catarina.) This airport, which traces its origins to the 1920s, was named after Hercilio Pedro da Luz (1860-1924). Luz’s public service on behalf of... END_OF_DOCUMENT_TOKEN_TO_BE_REPLACED 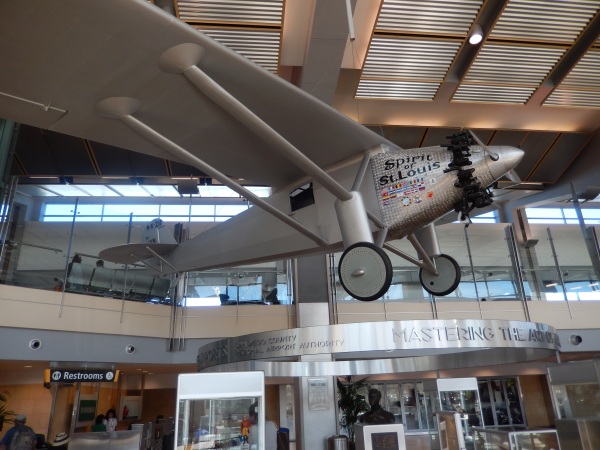 August 16, 1928 San Diego Municipal Airport-Lindbergh Field was dedicated. The construction of this California-based airport, made possible by a bond issue passed by the city government of San Diego, had been inspired in large part by Charles Lindbergh’s historic solo transatlantic flight the previous year.  The site of the new facility was near the airstrip... END_OF_DOCUMENT_TOKEN_TO_BE_REPLACED