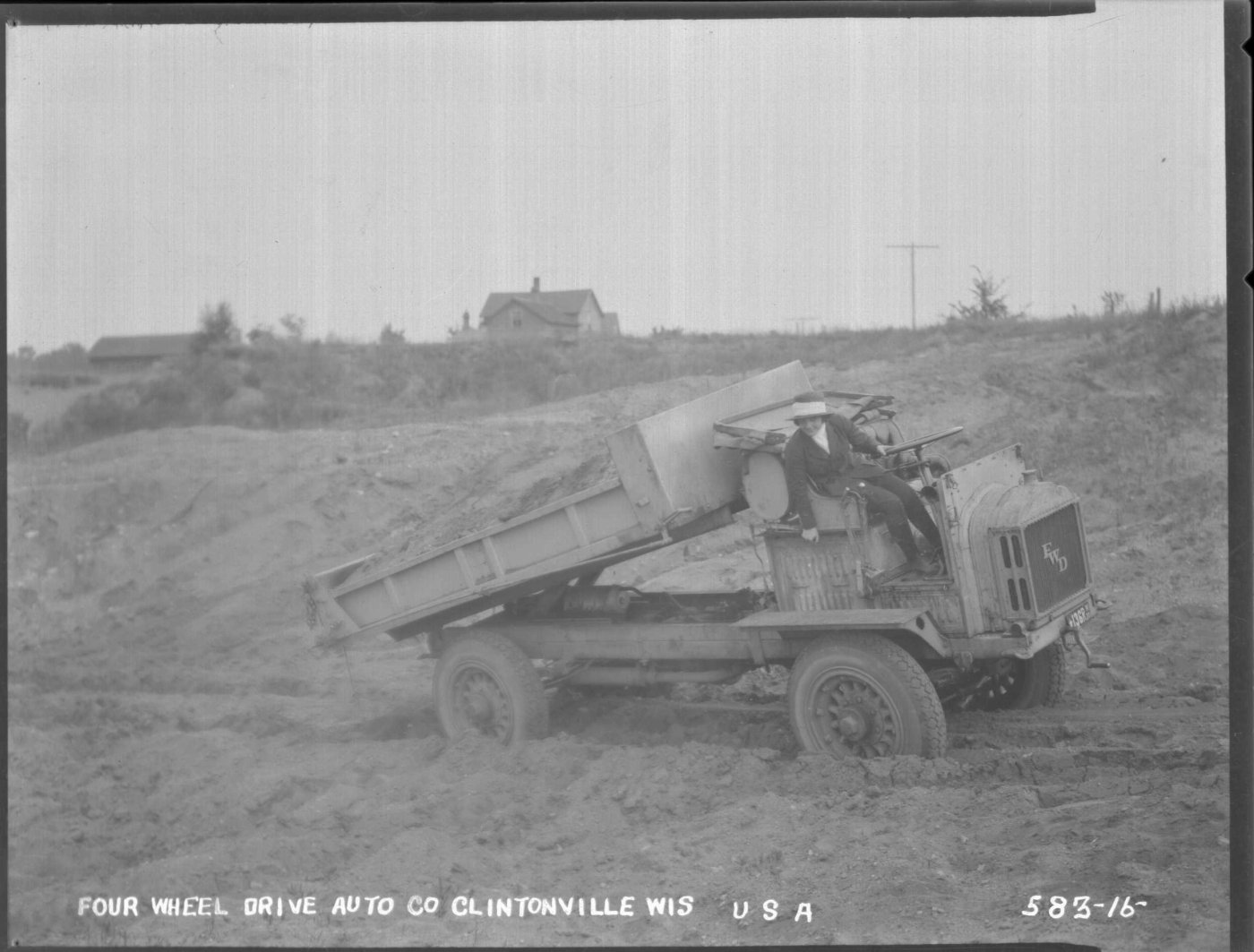 Luella Bates of Wisconsin played an influential role in the history of trucks during a time when those vehicles – still in an early stage of development and use in the United States – were widely seen as contraptions that should be operated only by men. “Be careful what you say about truck-drivers in general, hereafter,” asserted a May 1920 Popular Science Monthly article that was entitled “She’s a Truck-Driver” and focused on Bates. “They are not all huge persons with large swearing vocabularies.” As the article also noted, “Not only does [Bates] drive her own truck, but she does all the repairing herself.”

Bates’ then-unconventional career began in earnest as a result of the U.S. entry into World War I. She became one of approximately 150 women hired by Four Wheel Drive (FWD) Auto Company in Clintonville, Wisconsin, to fill jobs that had been left vacant by male employees reporting for military duty. After some training, a number of these women – including Bates – served as test drivers for trucks built by the company. Bates and her fellow female driver logged plenty of miles and hours driving the new trucks under various road and weather conditions throughout Wisconsin. The women not only sharpened their driving skills during these experimental rides but also acquired a great deal of mechanical know-how.

When the war ended and many of the Clintonville-area men came back to reclaim their jobs, the majority of women at FWD found themselves unemployed. Bates, however, remained with the company. “War’s Over, But Luella Bates Refuses to Be Mustered Out,” proclaimed a headline in the Shreveport, Louisiana-based Times newspaper. She had gained such a high level of enthusiasm and expertise when it came to trucks that there was nothing else she wanted to do for a living. “I like the business and expect to stay in it,” she said.

FWD subsequently sent Bates on tours well beyond Wisconsin to serve in equal parts as tester, demonstrator, mechanic, and goodwill ambassador for the company’s trucks. She toured various parts of the U.S., attending everything from state fairs to auto shows to display the power and versatility of FWD trucks. Bates also took time to inspect the company’s trucks and provide recommendations on their upkeep to owners and dealerships alike. As she performed these duties with unmatched passion and proficiency, Bates made it clear to the public-at-large that trucks weren’t just for men anymore.