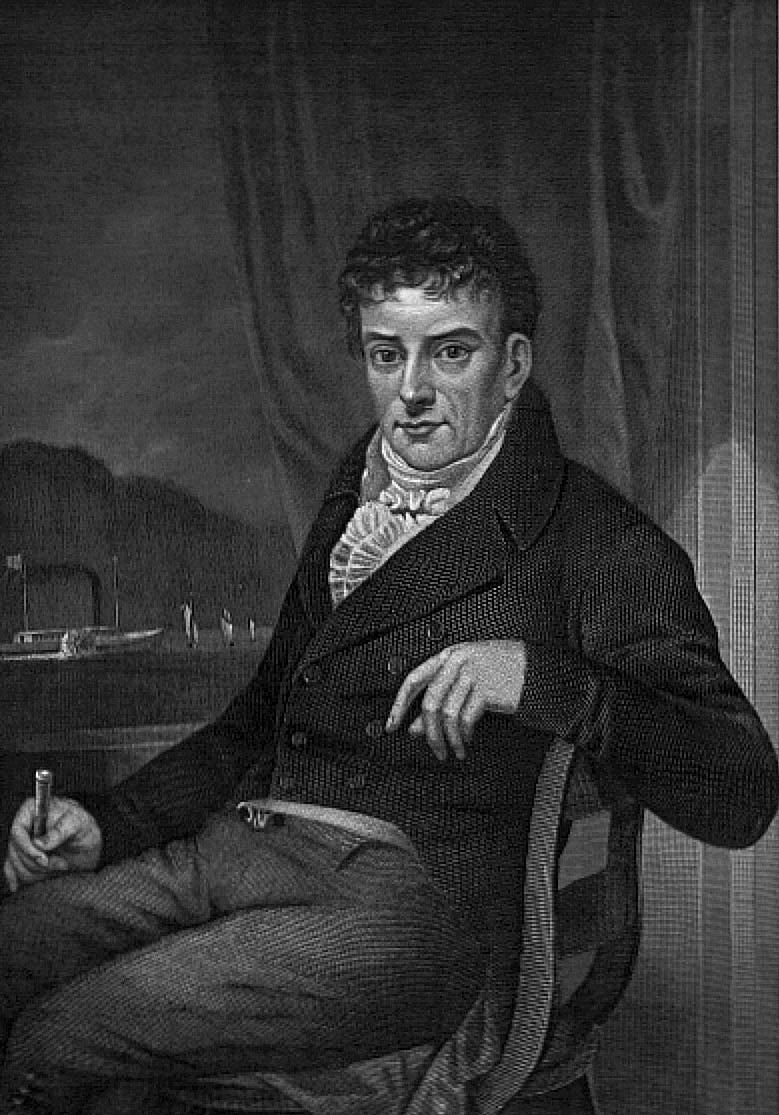 American inventor Robert Fulton took his newly-built paddle steamboat out on the Seine River in France for a test run. Unfortunately, the ship sank.

Nevertheless, Fulton was not discouraged. He was accustomed to perfecting his designs and inventions in high-profile situations. Born in Pennsylvania in 1765, Fulton grew up in the environs of Philadelphia, and, as a young man, even met another great American inventor, Benjamin Franklin. When Fulton was 23 he decided to try his fortune in Europe and moved to England to be a painter, the money from which allowed him to concentrate on his inventions.

His first transportation-related work was in 1793 when the so-called “Canal Mania” was sweeping through rapidly industrializing western Europe. Fulton worked up an idea for a tub-boat canal that utilized inclined planes in place of locks while also publishing a pamphlet dealing with those waterways, and patenting a dredging machine. Even with this tremendous output, he still found time to work on his idea of a paddle steamboat.

Another American inventor, John Fitch, had conducted the first successful trial run of a steamboat on the Delaware River between Philadelphia and Burlington, New Jersey in 1787 which may have been the inspiration of Fulton’s fascination with the boats. He carried that interest with him to France, where he’d moved in 1797 to work on a paddle steamer with French inventor Claude de Jouffroy.

But, Fulton was sidetracked by another transportation mode – the submarine. The Nautilus was eventually built in 1800 after two previous attempts to secure funding had failed. The successful trip of the Nautilus in the Seine at Rouen provided Fulton with an introduction to Robert R. Livingston, the US Ambassador to France. Livingston was of a scientific bent and encouraged Fulton to experiment with various configurations of hull shapes for a boat and to construct models and make drawings.

Finally, in 1803, the steamboat was built. The first design did not please Fulton, so he had the hull rebuilt and strengthened for its maiden run up the river Seine. On August 9, the 20.1 m-long boat made 4.8-6.4 kph but was unable to stay afloat.

This major setback didn’t deter Fulton, however, and, after his return to America in 1806, he went on to build the first commercial steamboat, the first steam-driven warship, and many other water transportation inventions. Fulton died of tuberculosis in 1815.