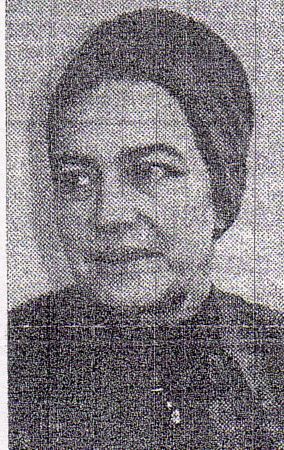 After the U.S. entry into World War II, a number of women of Puerto Rican descent – living both in Puerto Rico and on the mainland – answered the call to serve on the home front in the global fight against the Axis powers. These women, often facing hardships such as racial discrimination while working on the mainland, performed a wide range of important duties on behalf of the war effort.

These duties included transportation services. Marie Teresa Ríos Versace, who eventually achieved fame as a writer under the pen name Tere Ríos, is one of the best-known of those women of Puerto Rican descent who helped out with various means of mobility.

Ríos was born in Brooklyn, New York, in 1917. Her father Rafael was originally from Puerto Rico, while her mother Marie was an American of Irish heritage. Ríos’ husband Humbert Joseph Versace served in the U.S. Army, and during World War II she drove trucks and buses as needed for this military branch.

Ríos’ contributions were not just limited to surface transportation, however. Ríos also assisted the Civil Air Patrol with its domestic support for aviation needs and priorities during the course of the war. It is believed that her involvement with the Civil Air Patrol further strengthened her interest in human flight, a passion that is very evident in her fictional work “The Fifteenth Pelican.” This book served as the basis for the popular television sitcom “The Flying Nun,” which starred Sally Field as the airborne Sister Bertrille.

Ríos also received nationwide attention for her longtime fight to secure the Medal of Honor for her oldest son Captain Humbert Roque Versace, who was captured and killed by the enemy during the Vietnam War. Ríos died in 1999 at age of 81 and her ashes were buried with her husband, who had passed away 27 years earlier, at Arlington National Cemetery. In 2002, President George W. Bush presented their surviving children with a posthumously awarded Medal of Honor for Captain Humbert Roque Versace.

For more information about Tere Ríos, please check out    https://en.wikipedia.org/wiki/Tere_R%C3%ADos