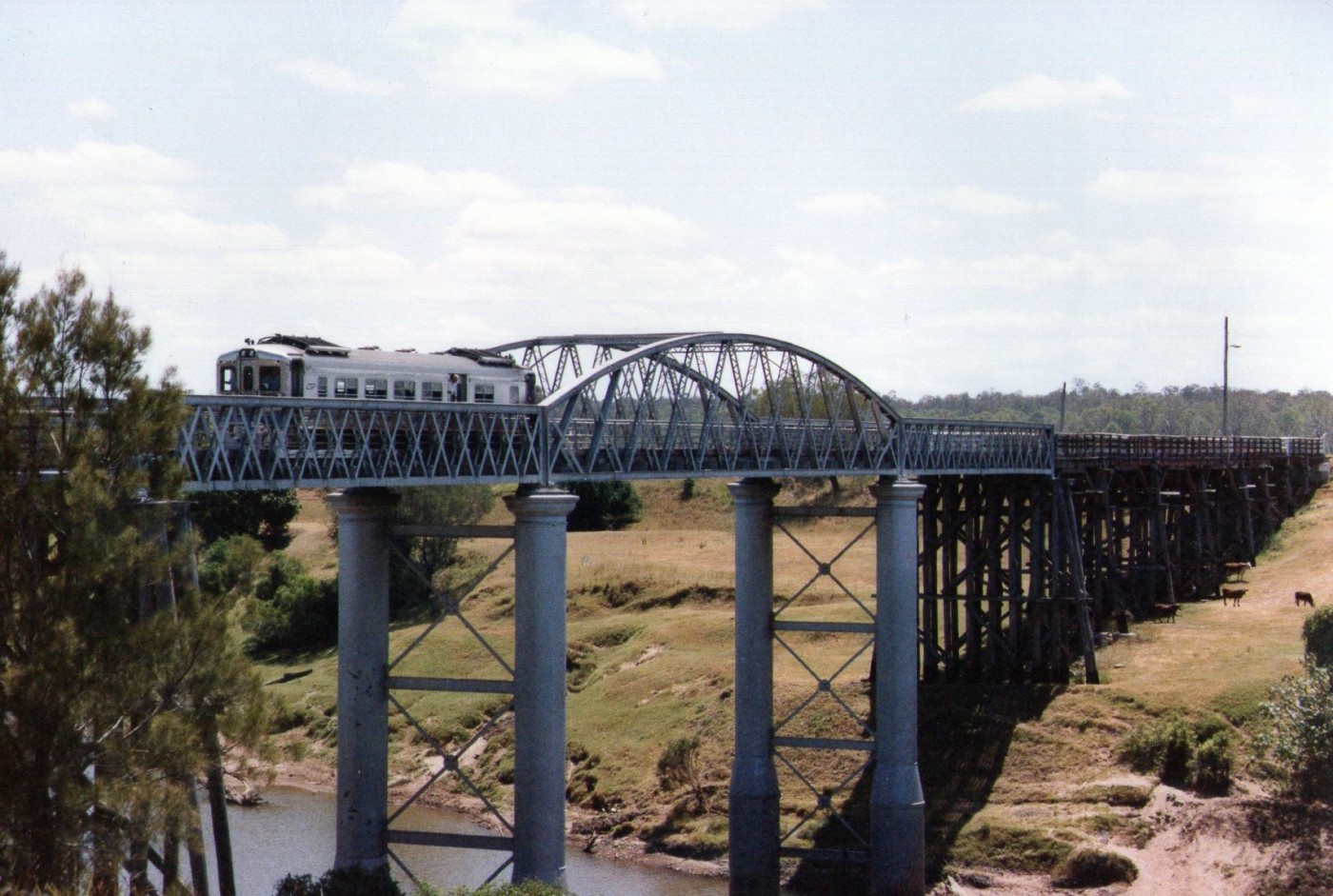 The sixth and final section of the Nanango Branch Railway was officially opened in the Australian state of Queensland. This railway had been authorized in 1882 by the Parliament of Queensland after gold and copper were discovered in the region. The first two segments of the line – between the town of Theebine (known at the time as Kilkivan Junction) and the community of Dickabram, and then further southwest to the town of Kilkivan – were opened in 1886. The fifth segment of the Nanango Branch Railway opened in 1904 and extended the line from the town of Murgon to the town of Kingaroy.

The final stage of construction on the Nanango Branch Railway extended the line 16 miles (26 kilometers) from Kingaroy to the town of Nanango. Walter Trueman Paget, Queensland minister of railways, and various other public officials traveled to Nanango for the inaugural festivities via a train departing from Theebine. The Maryborough Chronicle newspaper reported, “From Kingaroy onwards was a triumphal procession and numerous passengers were picked up at each station en route.” Upon reaching Nanango, Paget and those traveling with him were welcomed by a band playing “God Save the King” (Australia’s national anthem until it was replaced in 1977 by “Advance Australia Fair”).

Paget formally declared the section between Kingaroy and Nanango to be open. He also highlighted the fact that the day’s ceremony was the seventh one involving railways to be held in Queensland within a span of six weeks. According to the Maryborough Chronicle, “Mr. Paget then drove the [locomotive] through an arch of flags and greenery, bearing the inscription ‘Advance Nanango,’ the band playing.”

The Nanango Branch Railway, covering a total of 98 miles (158 kilometers) when completed, reflected the high priority placed on that means of transportation in Queensland throughout several decades. This railway also played a key role in the establishment of some settlements along its route (one example being the town of Goomeri) and the significant growth of other communities (Kingaroy and the town of Wondai).

The Kingaroy-Nanango section of the Nanango Branch Railway remained in service until being closed and dismantled in 1964. The rest of the line between Theebine and Kingaroy was left open for a few more decades and was used by the Peanut Company of Australia to transport products from its factory in Kingaroy. This remaining portion of the Nanango Branch Railway ceased operations in 2011.

For more information about the Nanango Branch Railway, including the section between Kingaroy and Nanango, please check out https://en.wikipedia.org/wiki/Nanango_railway_line.