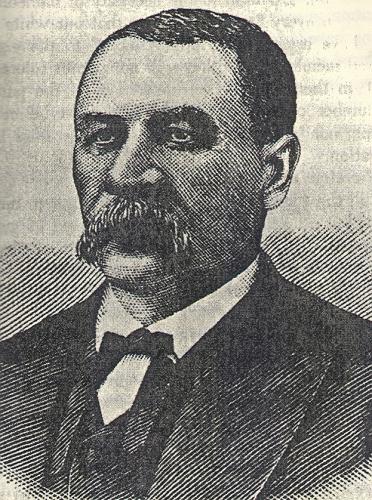 When he was 16, Myers began an apprenticeship as a caulker for ships coming into Baltimore harbor. Caulking is a process in which wooden ships are made watertight, with any cracks between the planks of a vessel carefully sealed. The process requires a high degree of skill, and Myers excelled at it in record time. By the time he was 20, he was serving as a supervisor for the caulking of a number of the largest ships sailing into Baltimore.

During this era, African-Americans constituted the majority of the workforce for caulkers in Baltimore. Around the time that the Civil War ended, however, they found themselves at high risk of losing their jobs as an influx of white skilled laborers increasingly moved into the region and sought to reduce the presence of African-Americans in the caulking industry.

Seeking to counteract this large-scale threat and help reduce the ever-tightening competition for caulking jobs in Baltimore, Myers and a group of 14 other African-American men set out to establish their own shipyard in the city. While they were able to raise a sufficient amount of funds for this purpose out of their own pockets and through the donations of others in the city’s African-American community, Myers and his group encountered steep obstacles trying to obtain the needed property for a shipyard. None of the white shipyard owners were willing to sell or lease a shipyard directly to African-Americans.

Finally, however, a sympathetic white businessman named William Applegarth agreed to step in as an intermediary for Myers and his group and made arrangements for them to acquire a waterfront lot on Philpot Street in Baltimore. The new enterprise making its debut on February 12, 1866, was initially called the John Smith Company but eventually renamed the Chesapeake Marine Railway and Dry Dock Company (CMRDDC).

The company quickly established itself as one of Baltimore’s leading African-American businesses. Within six months of its opening, the company had hired approximately 300 African-American workers.  Ultimately, the company employed a number of white workers as well. The enterprise gained a widespread reputation for excellence, with ship owners throughout the region making their way to Baltimore to have CMRDDC perform needed caulking and other repairs on their vessels. The company also earned a number of federal government contracts. CMRDDC ended up ceasing operations in 1884 due to factors such as changes in both maritime technology and the area’s labor market. Notwithstanding its demise after only 18 years, the company left behind a legacy still remembered and honored today.

For more information on the Chesapeake Marine Railway and Dry Dock Company, please check out  http://msa.maryland.gov/msa/stagser/s1259/121/6050/html/cmrddc.html and http://www.fredericksburg.com/town_and_countyother_history/maritime-park-honors-black-americans/article_2f1d335b-d9e7-571d-9bcf-89ad43af10b4.html.

Additional information on Isaac Myers is available at https://en.wikipedia.org/wiki/Isaac_Myers and http://www.blackpast.org/aah/myers-isaac-1835-1891.