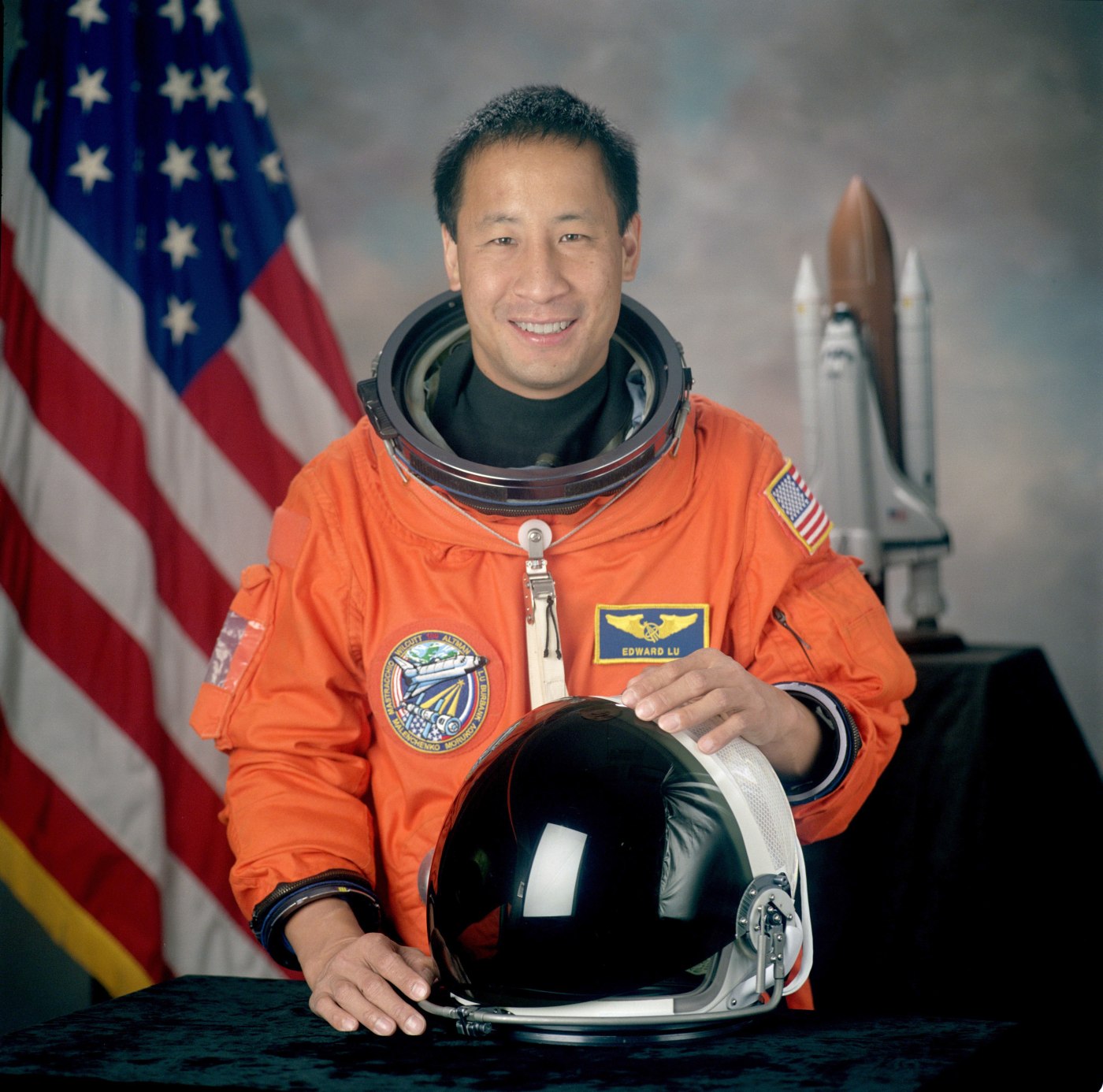 The STS-84 spaceflight mission was very much in progress three days after its seven-member crew lifted off from John F. Kennedy Space Center (KSC) in Florida on board Space Shuttle Atlantis. This mission was part of the Shuttle-Mir Program, a collaborative effort between the United States and Russia that included having American space shuttles visit the Russian space station Mir. One of the crew members on board Atlantis for this mission, which ended when the space shuttle returned to KSC on May 24, was astronaut and physicist Edward Tsang “Ed” Lu. It was his first flight into outer space.

Lu had been born into a Chinese-American family in Springfield, Massachusetts, in 1963. He spent most of his childhood in Webster, New York. Lu received a B.S. degree in electrical engineering from Cornell University in 1984 and then earned a doctorate in applied physics from Stanford University in 1989. Lu went on to become a specialist in solar physics. He did postdoctoral work at the Institute for Astronomy in Honolulu.

Lu was selected for NASA’s astronaut program in 1994. About three years after participating in the STS-84 mission, Lu traveled into outer space again on Atlantis as a part of the seven-member crew of the STS-106 mission.

Lu flew into space a third and final time in 2003 as part of International Space Station (ISS) Expedition 7 with Russian cosmonaut Yuri Malenchenko. One of the more memorable moments of this mission took place during a live broadcast of the ISS that had been arranged by Japan’s National Space Development Agency for students back on Earth. Lu used the occasion to play “Happy Birthday” on an electronic piano. Along with performing the song in honor of a particular student’s birthday, Lu wanted to demonstrate the difficulties of playing such an instrument in space.

For more information on Ed Lu, please check out  https://www.jsc.nasa.gov/Bios/htmlbios/lu.html.