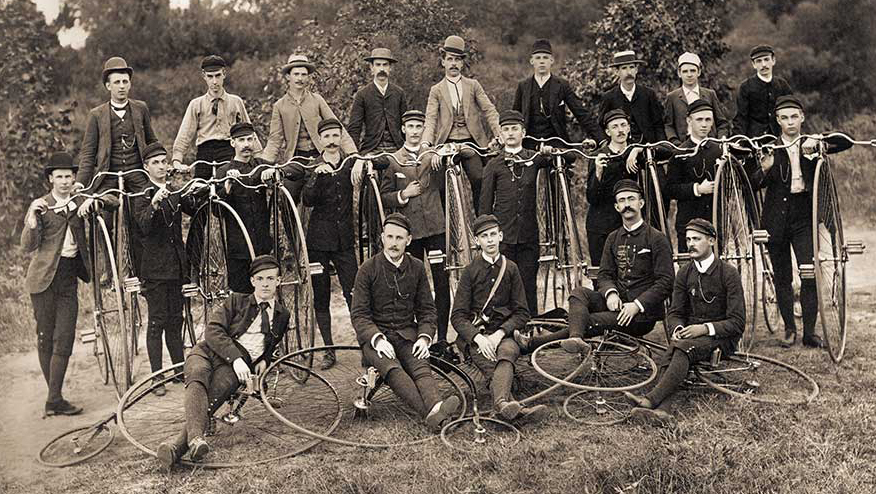 “The wheelmen of the country have taken the capital by storm today,” proclaimed the Wisconsin-based Oshkosh Daily Northwestern on July 18, 1892. “Ten thousand of them, coming from every state in the country have arrived within the last forty-eight hours to assist in giving proper eclat to the national meet of the League of American Wheelmen.”

A dozen years after being formed by urban bicyclists who sought better riding conditions along rural routes, the League of American Wheelmen (LAW) had grown in numbers and influence. The group was among those spearheading the Good Roads Movement, which promoted the importance of improved roads nationwide. By the time of its 13th annual meeting in the nation’s capital, LAW had made significant strides by going beyond its original base of city-based bicyclists and gaining similar support from farmers and other rural residents who increasingly embraced the potential benefits of better roads.

The bicyclists who made their way to Washington, DC, for the 1892 annual meeting were greeted with a great deal of enthusiasm. “WELCOME, L.A.W.,’ was the sign on buildings and in hotels and other places of business in all parts of the city, and the visiting wheelmen were given a royal reception everywhere,” reported The Sporting Life newspaper. “The city was virtually given up to them.”

The highlights of the three-day meeting included a large number of the LAW members pedaling to the U.S. Capitol and various executive department buildings; and participating in bicycle races. The LAW members also pedaled down Pennsylvania Avenue to the White House, where President Benjamin Harrison reviewed their procession. Meeting attendees also took the time to lobby lawmakers for a legislative proposal to create a National Highway Commission as a further step in translating the quest for improved roads into reality.

LAW’s efforts to promote its cause were not lost on those reporting on the meeting in Washington, DC. The Maryland-based Daily News noted during that time, “Good roads are the highways of civilization and the work of building them or influencing others to build them is a duty peculiarly befitting the wheelmen to carry out.” The following year, the first federal-level roads agency – the U.S. Department of Agriculture’s Office of Road Inquiry – was established.

For more information on the League of American Wheelmen and its push for improved roads, please check out the 12 September 2016 Smithsonian Magazine article “American Drivers Have Bicyclists to Thank for a Smooth Ride to Work” at https://www.smithsonianmag.com/travel/american-drivers-thank-bicyclists-180960399/.