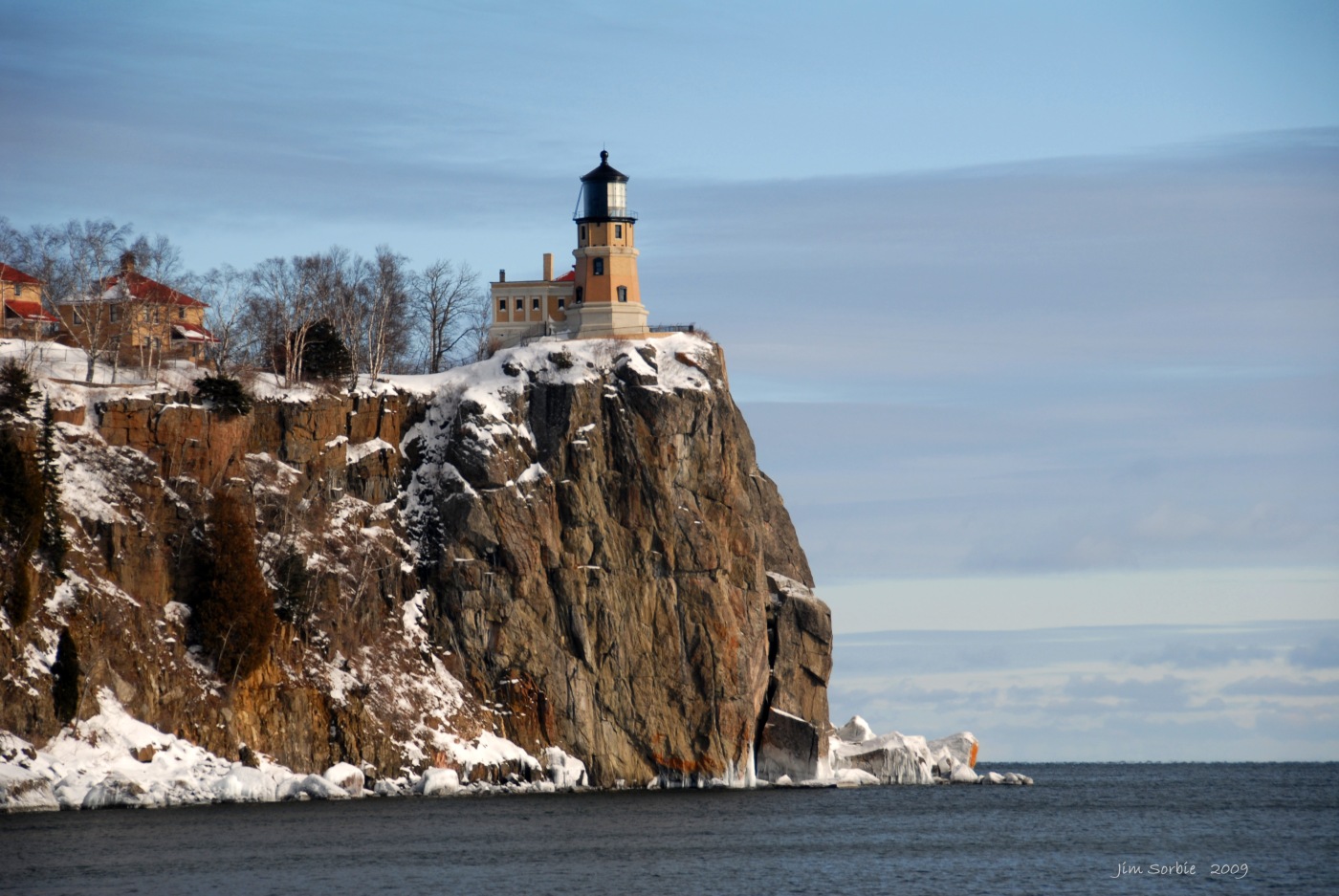 In Minnesota, Split Rock Lighthouse began operations in a high-risk area on the North Shore of Lake Superior. The new structure’s oil-vapor lamp was first lit on that Sunday evening by keeper Orren “Pete” Young. A one-time sailor, Young served as keeper at the lighthouse until retiring at the mandatory age of 70 in 1928.

Split Rock Lighthouse was constructed in response to the Mataafa Storm of 1905 on the Great Lakes. This November storm – a fierce cyclone combined with powerful winds and heavy snow – resulted in the destruction or damage of 29 vessels and the deaths of 36 seamen. The storm was named after the steamship SS Mataafa, which was one of the vessels broken apart during the severe weather. The wreck of another one of the storm’s victims, the schooner-barge Madeira, can be found just north of where the lighthouse is now located. The Mataafa Storm brutally underscored the need for a navigational aid in that region of Lake Superior, and Split Rock was built on an isolated 133-foot (41-meter) sheer cliff.

A key challenge in building Split Rock Lighthouse was the fact that there were no roads in the area. Consequently, all supplies for the structure had to be shipped to the location via the lake and then lifted to the top of the cliff with a crane.

Along with serving as a vital navigational aid, Split Rock quickly became a must-see tourist attraction for sailors and their passengers traveling through the region. The lighthouse gained so much popularity that the Lake Superior International Highway (a stretch of road which now comprises a portion of Minnesota State Highway 61) was created in large part during the 1920s to allow land access to the octagonal building.

Over time, however, the lighthouse grew more obsolete with the development and widespread adoption of technologies such as long-range navigation (LORAN). It was finally shut down by the Coast Guard in 1969. The structure, however, is still a popular tourist destination and has become part of Split Rock Lighthouse State Park. Split Rock Lighthouse was one of five lighthouses selected for the U.S. Postal Service’s “Lighthouses of the Great Lakes” stamp series in 1995. In addition, it was designated as a National Historic Landmark in 2011.

For more information on Split Rock Lighthouse, please check out http://www.mnhs.org/splitrock/learn and http://www.mnopedia.org/structure/split-rock-lighthouse.