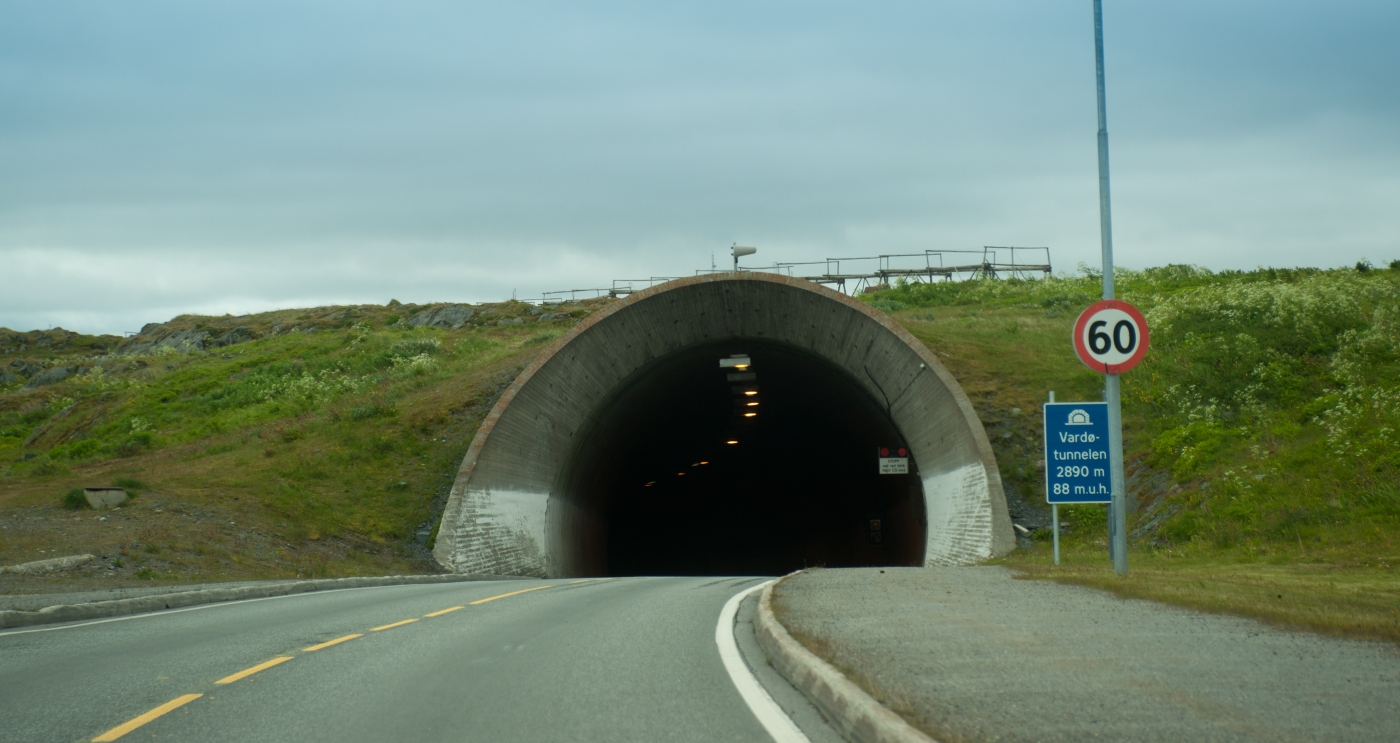 The first subsea (underwater) tunnel in Norway made its formal debut. This two-lane vehicular tunnel, measuring 9,480 feet (2,890 meters) in length, was built during the course of three years beneath the Bussesundet strait in northeastern Norway. The tunnel connects the town of Vardø on the island of Vardøya with the village of Svartnes on the Norwegian mainland. (Vardø is the easternmost town of not only Norway but all of the Nordic countries.) The Vardø Tunnel was officially opened by King Olav V, who reigned as Norway’s monarch from 1957 to his death in 1991.

The Vardø Tunnel reaches a depth of 289 feet (88 meters) below sea level. It is part of European route E75; this highway within the International E-road Network covers a total of 3,504 miles (5,639 kilometers) between Vardø and the Greek port town of Sitia.

The Vardø Tunnel played a key pioneering role in the refinement of Norway’s transportation system. Norway is geographically defined to a significant degree by its numerous islands and fjords, and the traditional linkages for those sections of the country were either bridges or ferries. The inauguration of the Vardø Tunnel, however, heralded a new alternative for people making their way across bodies of water en route to various destinations in Norway. In the time since the Vardø Tunnel was officially opened in 1983, more than 30 other subsea tunnels have been built in Norway.

For more information on the Vardø Tunnel, please check out https://en.wikipedia.org/wiki/Vardø_Tunnel.