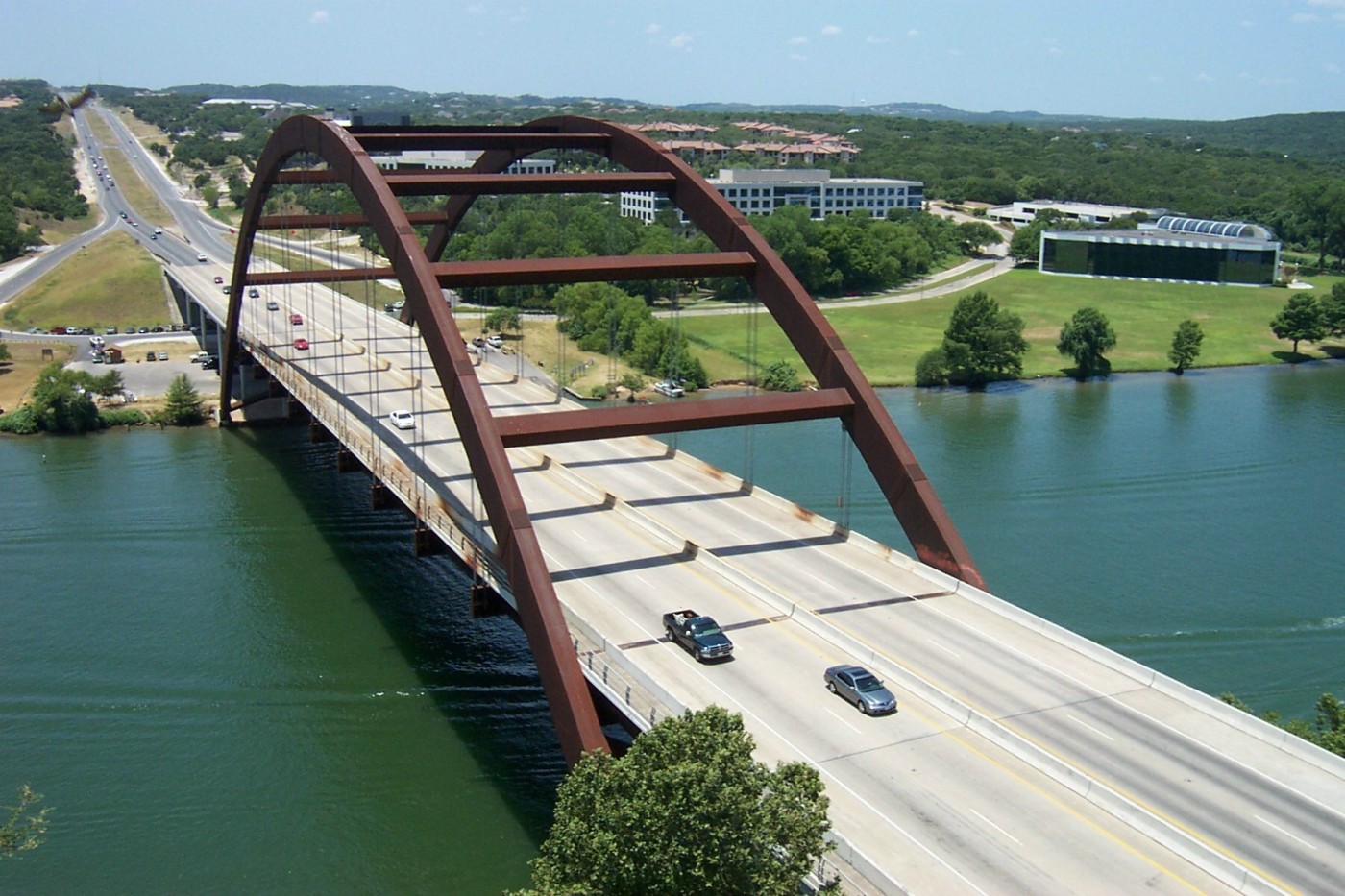 The Texas-based Pennybacker Bridge was opened to traffic five days after being officially dedicated. The through arch bridge, which is located in the Lone Star State’s capital city of Austin, carries Texas State Highway Loop 360 – popularly known as the Capital of Texas Highway – across the Colorado River and its water reservoir Lake Austin.

The bridge was named in honor of Percy V. Pennybacker (1895-1963), who served as a civil engineer for the Texas Highway Department for more than 18 years and helped pioneer the use of cost-effective welding technology in the repair and construction of bridges. The 1,150-foot (350.5-meter)-long bridge bearing his name was built in such a way that no part of it touches any water below; the structure’s arch suspension span is instead held aloft with 72 steel cables. A key result of this design is that Lake Austin has been kept free of any support columns that might hinder the numerous recreational fishing and boating activities that take place there.

At the time of its debut, the Pennybacker Bridge was only the second bridge in the world with this type of design. The Pennybacker Bridge, which has a total of four lanes (two in each direction) for motor vehicles and also a bicycle and pedestrian lane, was awarded first place in the Federal Highway Administration’s Excellence in Highway Design competition in 1984.

For more information on the Pennybacker Bridge, please check out https://en.wikipedia.org/wiki/Pennybacker_Bridge.