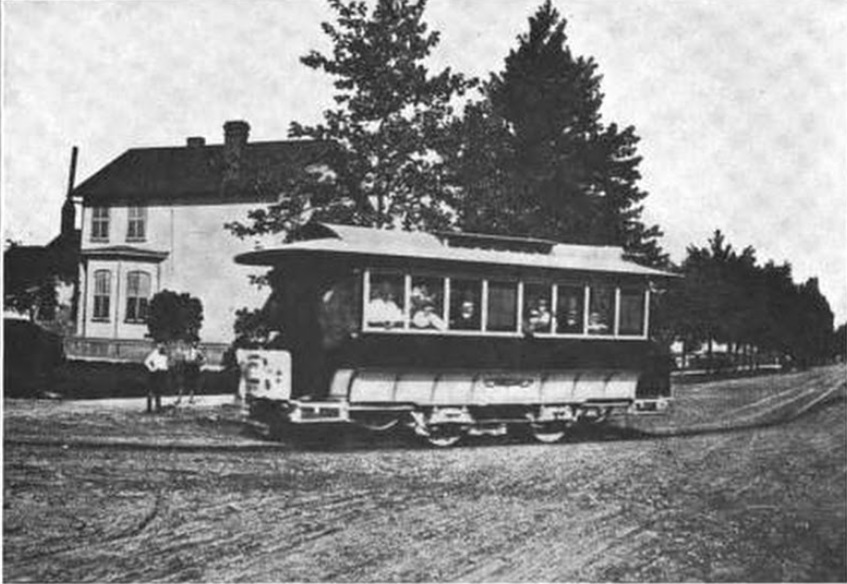 It was the end of an era in Cleveland when that city’s streetcars made their final runs. Approximately 10,000 people – some from as far away as Maryland – showed up to bid farewell to those streetcars and take advantage of the free rides being offered on that last day of operation. Those on hand that day included Cleveland Mayor Anthony J. Celebrezze, who filled in as motorman on one of the final trips. In addition, he reminisced about how he would sometimes steal rides on the rear bumpers of those streetcars as a newsboy.

“The last of 1,500 streetcars that once banged and clanged through Cleveland ground its way into limbo yesterday, ending a 93-year history,” reported the Lima News the following day.  “And as the last such car in Ohio started the final trip to the scrap heap, transit officials were somewhat startled.  For the first time since horse cars started on Cleveland’s Kinsman road in 1860, the customers did not fume when they had to wait for a ride.”

As with the majority of large American cities, Cleveland had a large and thriving streetcar network during a good part of the 20th century. The Cleveland Railway, which had been formed in 1910 as the result of the merger of two companies, operated the streetcars for many of those years. In 1942, the Cleveland Transit System took over the operation of those streetcars.  The final streetcar to operate on the last day of service was 4136, which completed the run along the Madison Avenue line from Public Square (downtown Cleveland’s central plaza) to West 65th Street and Bridge Avenue.

Additional information on the history of Cleveland’s transit services is available at https://case.edu/ech/articles/u/urban-transportation.