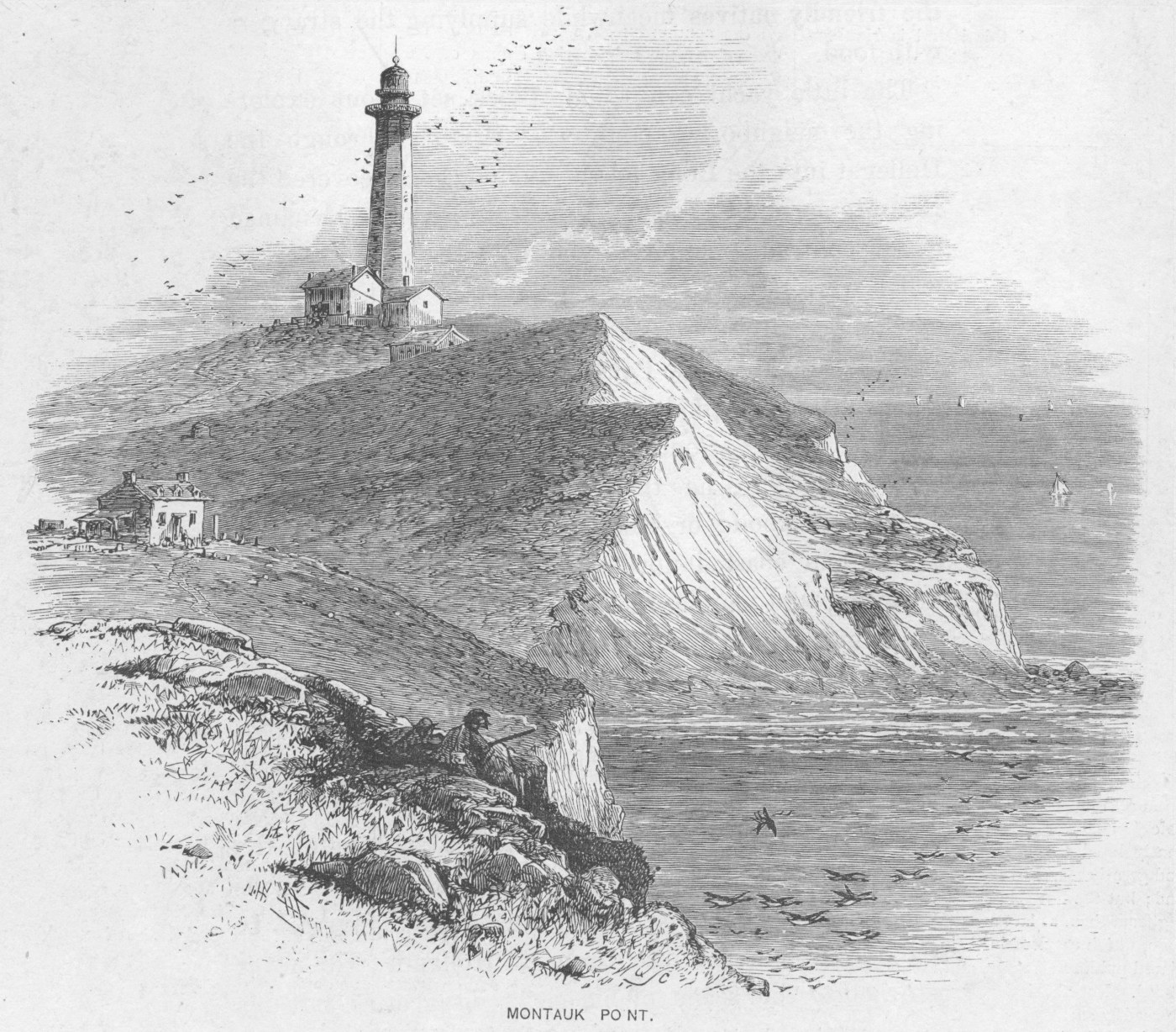 The Second U.S. Congress authorized the creation of a pioneering lighthouse in New York. The actual construction of this lighthouse, which is located at the easternmost point of Long Island in the hamlet of Montauk, finally took place four years later. Montauk Point Lighthouse was the first lighthouse built within the state of New York. In addition, the construction of that lighthouse constituted the first public works project of the United States.

The major force behind the development of Montauk Point Lighthouse was Ezra L’Hommedieu, a lawyer representing the New York Chamber of Commerce and a member of the one-time Continental Congress. In promoting the importance of a lighthouse along that section of Long Island, L’Hommedieu emphasized New York City’s leading role among American ports when it came to the volume of foreign commerce. He stressed in particular how the city was a vital link in the transatlantic trade between the United States and England.

L’Hommedieu had taken three veteran sea captains to the east end of Long Island to assess where a lighthouse was most urgently needed. These captains, drawing on their navigational expertise, identified the vicinity of Montauk as an especially dangerous shore warranting a lighthouse to help guide ships safely through those waters and in the direction of New York Harbor. This need was all more critical during the winter months, when ships in that part of the world were also vulnerable to stronger-than-usual northerly winds that often blew at gale force. L’Hommedieu’s considerable efforts on behalf of Montauk Point Lighthouse also included designing the structure.

As the eastern sentinel of New York Harbor, the lighthouse became pivotal to the port’s ever-growing national importance. Montauk Point Lighthouse, which is the fourth oldest active lighthouse in the United States, was designated a National Historic Landmark in 2012.

Additional information on Ezra L’Hommedieu is available at https://en.wikipedia.org/wiki/Ezra_L%27Hommedieu