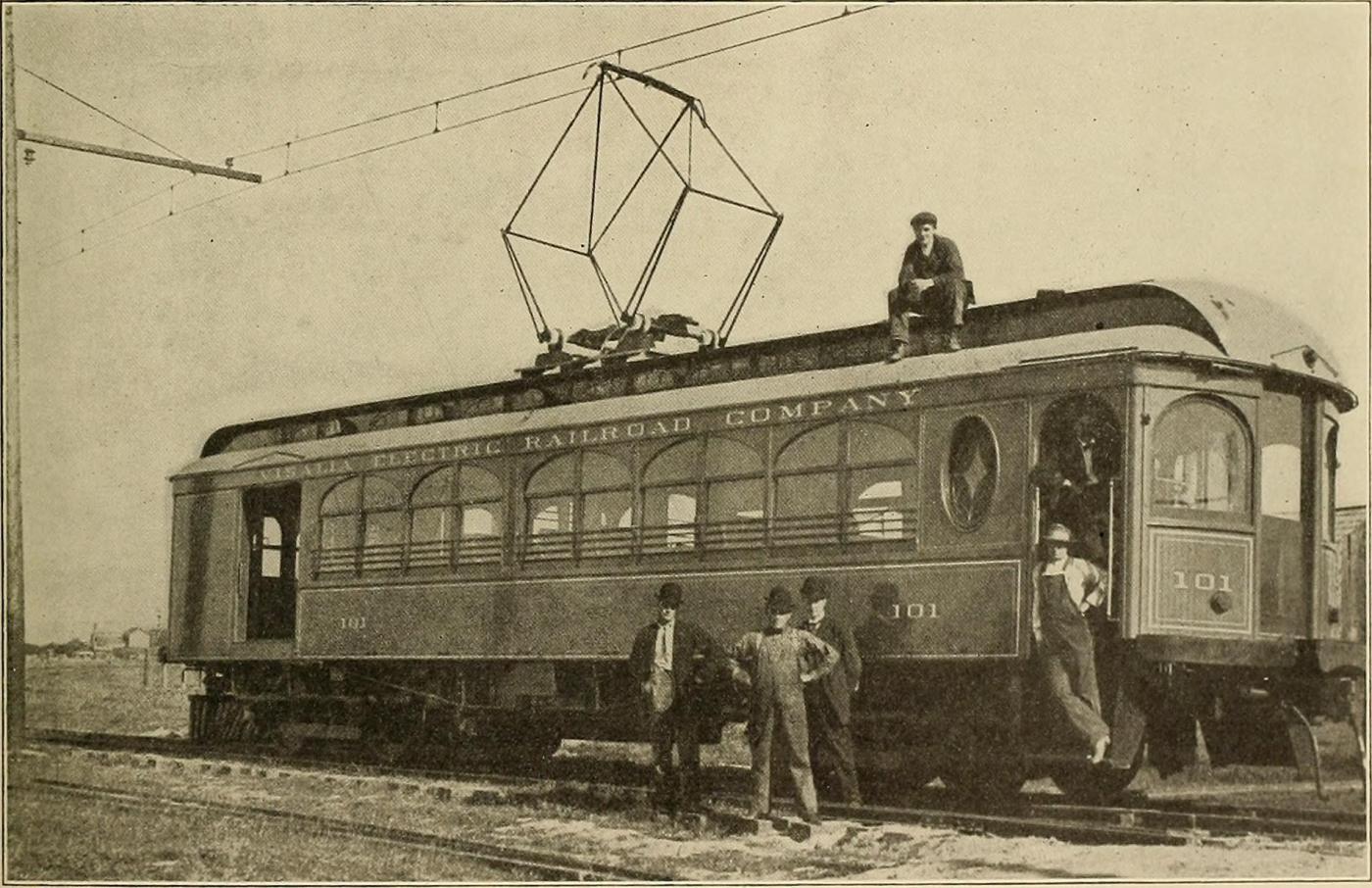 The Visalia Electric Railroad (VERR) Company was incorporated under the laws of California to provide transit service within the central region of the Golden State.  Paul Shoup was president of the fledgling enterprise, while H.A. Culloden was named its secretary.

A wholly owned subsidiary of the Southern Pacific Railroad, VERR was a built as an electric interurban railroad that would operate with California’s Tulare County. By that time, interurbans had taken firm hold in many places throughout the United States as an affordable and relatively flexible means of passenger travel. This type of transit service fit somewhere between urban streetcars and full-fledged railroads.

The term “interurban” is derived from the Latin phrase “inter urbes,” which means “between cities.” In general terms, an interurban network – unlike a streetcar system that for the most part served just a single city – served as a link between several communities. Other common characteristics of interurbans included electric power for propulsion; equipment that was heavier than that used for city streetcars; and an emphasis on primarily transporting passengers rather than freight.

Construction on the first 11 miles (17.7 kilometers) of the VERR began about 10 months after its incorporation. This interurban route ultimately covered a total of 68 miles (109 kilometers), with the line originating at a train station on the southeast corner of Garden and Oak Streets in the city of Visalia and terminating at the gateway to Sequoia National Park.

A 1908 Los Angeles Times article characterized the VERR as “an excellent trolley service,” and also described a few of this interurban’s amenities. “The line goes right through a fine citrus belt, orange and lemon groves lining the side of the route,” reported the Lost Angeles Times. “The cars seat about forty passengers and carry a crew of three, including one to handle baggage and express.”

The superintendent of the VERR during its first several years was Paul H. Crosett, and he was widely acclaimed as the person deserving the most credit for the transit line’s high-quality performance and popularity. “Mr. Crosett, though young in years, shouldered the responsibility of successfully building the VERR through a section of country that was a sparsely settled and almost entirely undeveloped,” reported the Tulare Advance-Register when Crossett stepped down from being superintendent in 1911. “Not only did Mr. Crosett take all the responsibility of engineering the construction of the [railroad], but he also assumed the entire management.”

The Tulare Advance-Register also stated, “That he was remarkably successful in both these undertakings cannot be questioned, for not only was the road successfully completed, but it has been operated so successfully that the service is second to none of any interurban line in the entire country.”

Inevitably, however, the VERR suffered a fate similar to many other interurban enterprises during that era. With the VERR’s ridership steadily declining due to such factors as the ever-increasing use of automobiles, passenger service on those trains was discontinued in 1924. This railroad continued to haul freight until operations were halted altogether in 1992.

Additional information on the Visalia Electric Railroad and other interurban services is available at https://www.american-rails.com/interurbans.html