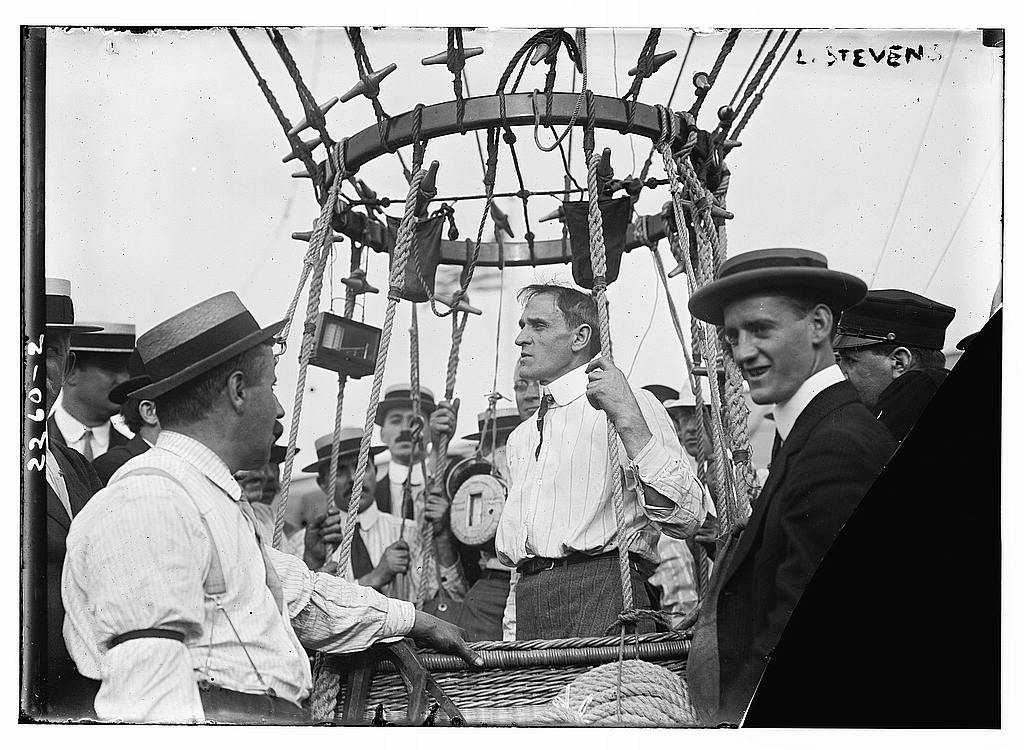 Balloonist and aviation pioneer Albert Leo Stevens died at the age of 67 at the home of his brother Frank in Bardonia, New York. Born in Cleveland, Albert developed a strong interest in human flight at a young age. Stevens was only 12 when he started taking to the skies in a balloon. Starting at the age of 20, he began to manufacture balloons and dirigibles for air transport and piloted one of the first dirigibles to be flown in the United States.

Over the years, Stevens became well-known and respected as both a balloon exhibitionist and flight instructor. He also regularly took people for airborne rides. According to an article in New York’s Otsego Farmer newspaper, “He had the remarkable record of having made 3,456 flights in which he had carried thousands of passengers with never a loss of life.”

Stevens made other major contributions to aviation as well. In 1910, he helped establish Bader Field in Atlantic City, New Jersey. Bader Field was the first municipal airfield in the United States to have facilities available for both seaplanes and land-based airplanes; it also has the distinction of being the first such location actually called an airport. Stevens also helped establish other airports, including the Virginia-based Richard Evelyn Byrd Flying Field (now Richmond International Airport) during the 1920s.

Stevens made important contributions to safety by developing safety features for parachutes. One of his more notable inventions was a self-contained rip-cord that could be opened after the person jumping had cleared the airplane or balloon; parachutes were previously opened by a cord or rope that was tethered to the aircraft.