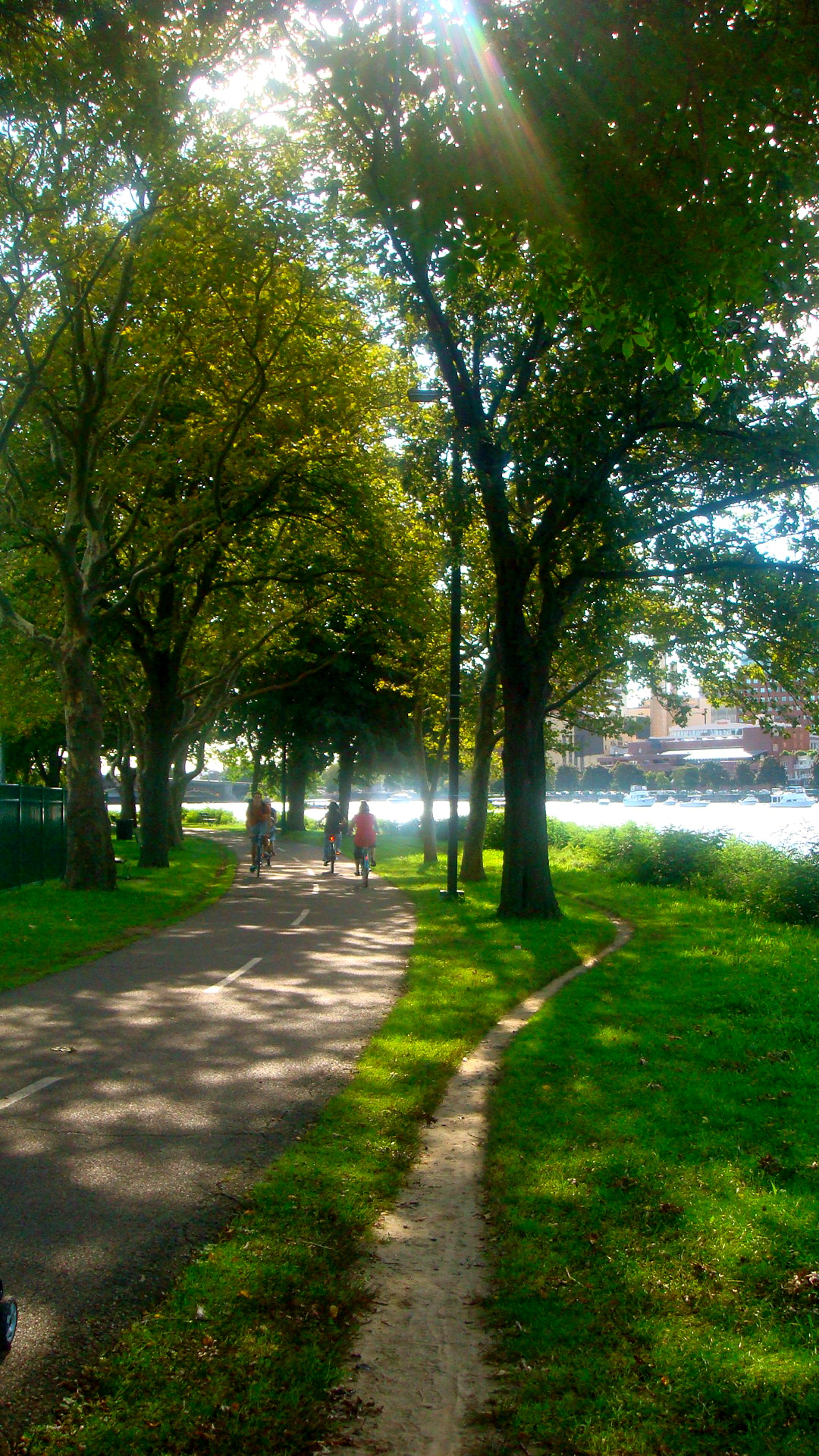 In the Boston area, the first section of the Paul Dudley White Bicycle Path along the banks of the Charles River was formally opened. Construction on the route had begun in 1971. This initial segment of the path stretched between the Boston-based Museum of Science and the city of Watertown on the north side of the river.

Dr. Paul Dudley White, for whom the bicycle path was named, had been a prominent cardiologist from that region of Massachusetts. White, who died in 1973 at the age of 87, achieved considerable fame as the physician of Dwight D. Eisenhower following the 34th president’s heart attack in 1955. White was also a notable advocate of exercise and diet to prevent coronary artery disease.

White helped establish the American Heart Association and, in further keeping with his promotion of a healthy lifestyle, he became an avid bicycle rider and even served as president of the Boston metropolitan region’s Committee for Safe Bicycling.

Along with honoring his legacy, the path epitomizes the area’s longtime and significant role in American bicycling activities. The first periodical in the United States focusing on that transportation mode — The American Bicycling Journal – was launched in Boston in 1877. The following year, the Boston Bicycle Club was established as the nation’s first official bicycle organization.

The next phase of construction for the bike path was completed in 1982. This phase, which involved extending it from Watertown Square to the city of Cambridge’s River Street Bridge, shaped the route into a loop of 17.1 miles (27.5 kilometers) around both sides of the Charles River. The path remains very much in use for bicycling as well as walking and jogging.