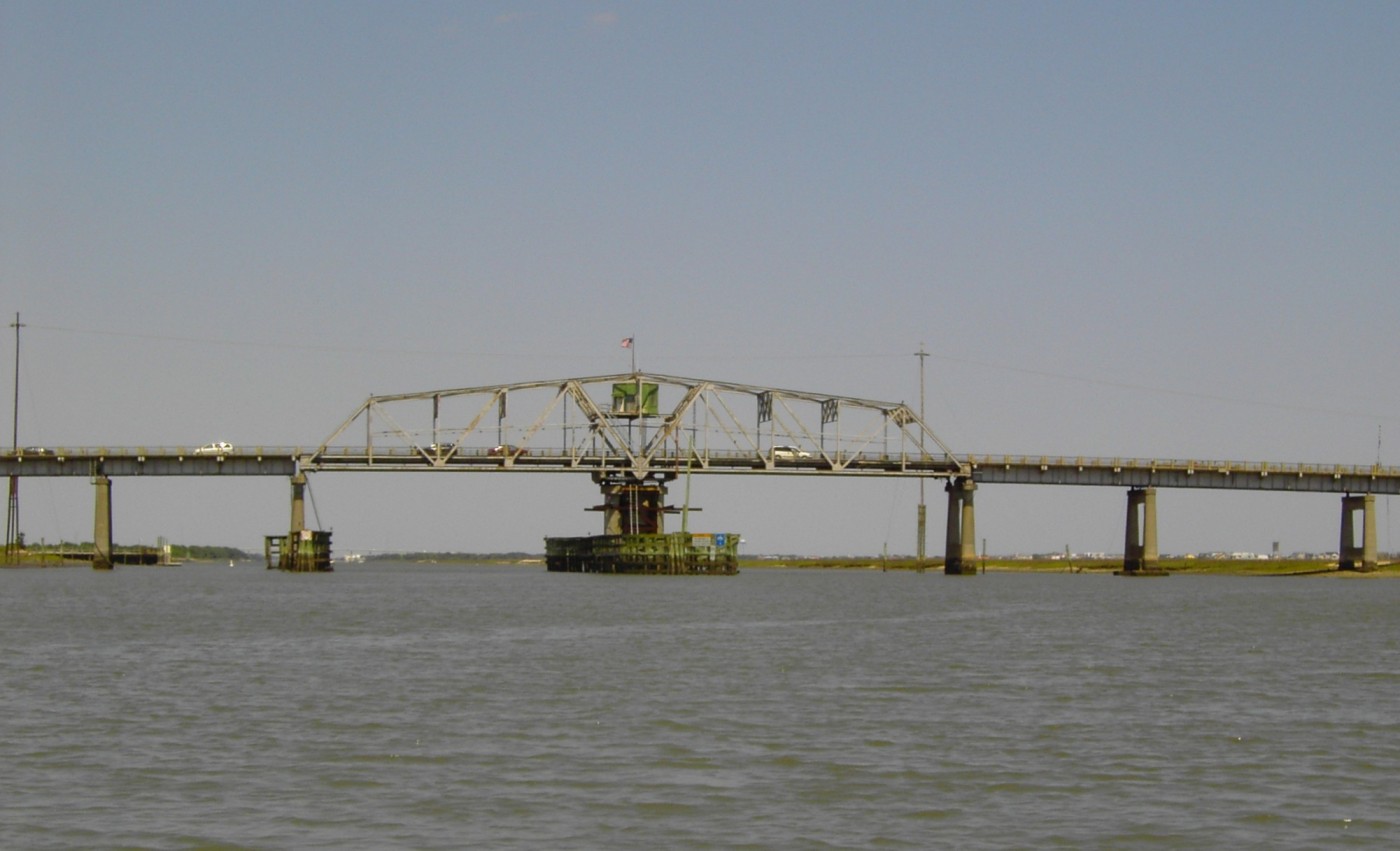 On South Carolina’s Atlantic coast, a new swing bridge linking Mount Pleasant (the largest town in the Palmetto State) with Sullivan’s Island (both an island and a town) was opened to traffic. The Ben Sawyer Bridge was officially dedicated a couple of days later.

While construction plans for this bridge took shape by the summer of 1941, the actual building efforts slowed down considerably for the most part as a result of the U.S. entry in World War II and the consequent shortage of available steel. With the steadfast support of the U.S. military, however, full-scale construction on the bridge started up again in 1943 and the structure was completed two years later.

The bridge was named in memory of Ben Mack Sawyer, a longtime chief highway commissioner of the South Carolina Highway Department. Sawyer, who was born in the South Carolina town of Salley in 1890, became head of the state’s highway department in 1926. He served in this position until his death in 1940. Widely known as “Builder Ben,” Sawyer played a pivotal role in the modernization of South Carolina’s highway system. It was under his strongminded if often politically controversial leadership that the number of paved roads in the state mushroomed from 228 during the mid-1920s to 6,537 in 1940.

Following his death, the South Carolina-based Greenville News eulogized that “Mr. Sawyer earned steadily growing recognition for unusual management and executive ability, and even those who at times criticized him for his policies and public actions freely concede that in his management of the highway program he performed a public service of incalculable value for his state.”

The American Association of State Highway Officials (AASHO) likewise praised Sawyer for his accomplishments and legacy. “He believed in the causes for which for which the Association stands and the aims and purposes for which it works,” noted the October 1941 issue of AASHO’s American Highways magazine. “Mr. Sawyer was capable and he was idealistic – but he was also a realist. He dreamed of and planned for a State system of paved roads to better the social order of [South Carolina] and to better the living conditions of the average person. Being the realist that he was, he transformed his dream into reality.”

Along with bearing the name of a highly esteemed state resident, the Ben Sawyer Bridge had the distinction of being the first – and for many years, the only – regular means of motor vehicle access between Sullivan’s Island and the mainland. The bridge’s significant role as a local transportation link was underscored in September 1989 when Hurricane Hugo swept through the area and severely damaged the structure, pulling up its swing span and leaving that section tilted at a 45-degree (0.8-radian) angle. Subsequent photographs of the battered bridge became some of the most familiar images of the havoc caused by the powerful hurricane. The bridge was quickly restored, with the swing span inserted back into place and bridge itself reopened to traffic within just a few weeks.

In 2008, extensive rehabilitation of the Ben Sawyer Bridge was authorized by the South Carolina Department of Transportation. This project began in 2009 and was completed the following year.

For more information on the Ben Sawyer Bridge, please check out https://en.wikipedia.org/wiki/Ben_Sawyer_Bridge.

Additional information on Ben Sawyer, the South Carolina chief highway commissioner after whom the bridge was named, is available at http://www.scencyclopedia.org/sce/entries/sawyer-benjamin-mack/ and https://islandeyenews.com/who-was-ben-sawyer/.