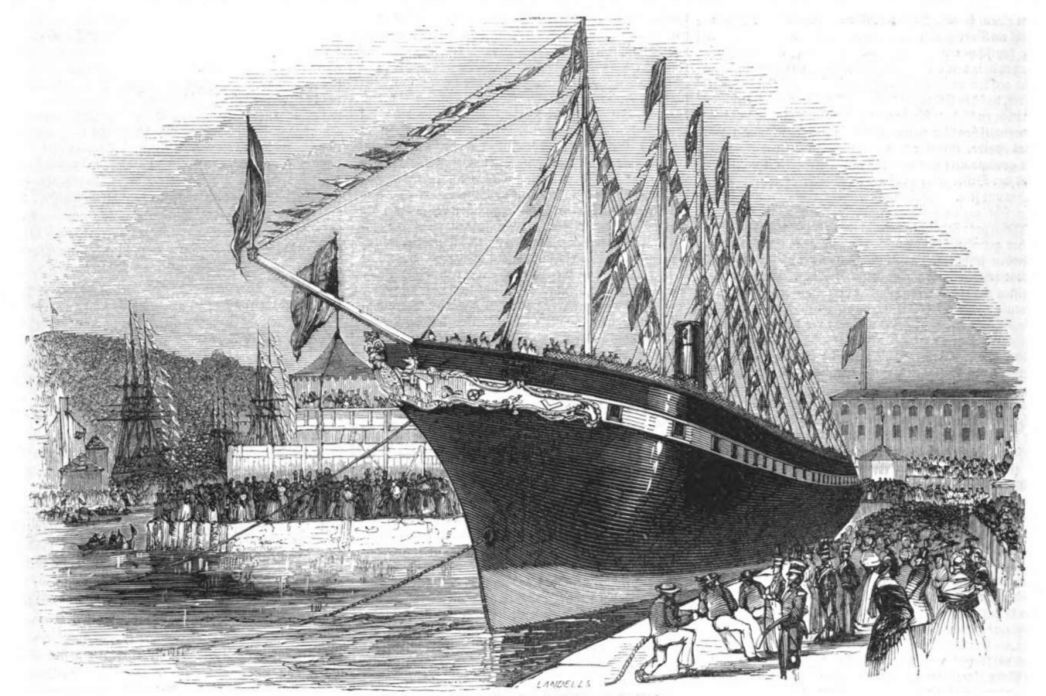 In southwestern England, the record-setting iron steamship SS Great Britain was launched at Bristol Harbour amid great fanfare. Prince Albert, Prince Consort of the United Kingdom and the husband of Queen Victoria, arrived in Bristol at ten o’clock that morning to participate in the festivities for the new vessel. The Illustrated London News reported, “Amid the shouts of thousands… the Prince broke against the bows a bottle of wine and pronounced as the name by which the ship is after to be known, the words ‘Great Britain.’”

SS Great Britain, which had been designed by renowned civil engineer Isambard Kingdom Brunel and constructed specifically for the Great Western Steamship Company’s service between Bristol and New York, was the first large ocean-going vessel to be both built of iron and – in a departure from the more conventional paddle wheels of the era — fitted with a screw propeller.  Another distinction took place in 1845 when she became the first iron steamship to cross the Atlantic Ocean. Measuring 322 feet (98 meters) in length, SS Great Britain also achieved fame as the world’s longest passenger ship between 1845 and 1854.

​ The ship was used from 1852 to 1881 to transport thousands of immigrants to Australia. She was taken to the Falkland Islands in 1884 and deployed there as a warehouse, quarantine ship, and coal storage vessel until being scuttled in 1937.

SS Great Britain received a new lease on life in 1970 when she was towed back to England and returned to the Bristol dry dock where she had been built.  The vessel is now part of the National Historic Fleet and also serves as a museum ship in Bristol Harbour.