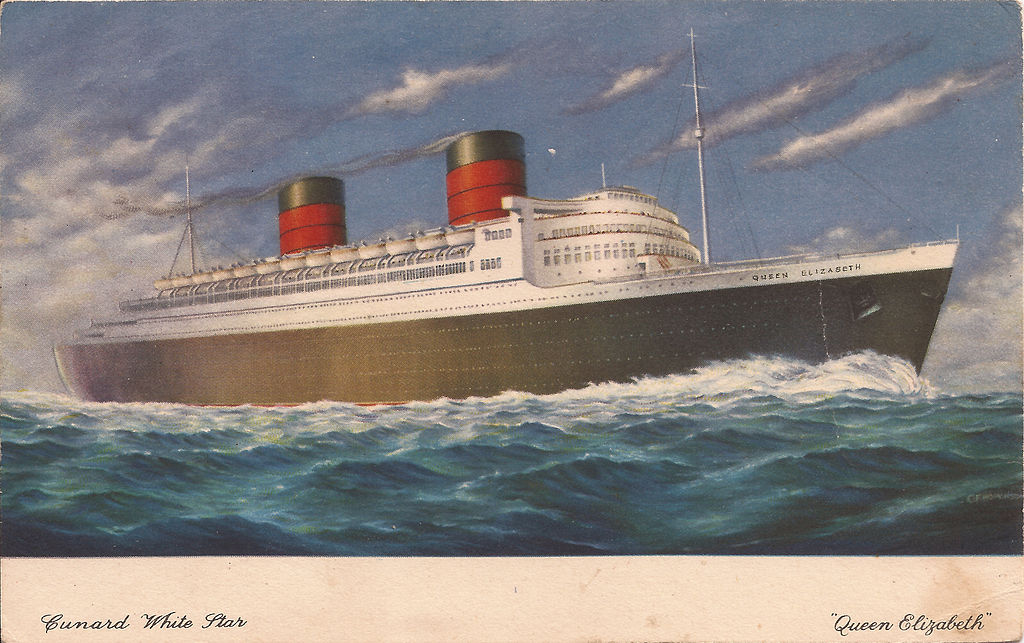 The steam-powered ocean liner RMS Queen Elizabeth, constructed by the shipbuilding firm John Brown & Company for Cunard-White Star Line (renamed Cunard Line in 1949), was launched at a shipyard in Clydebank, Scotland. This ocean liner was named for the wife of England’s King George VI and queen consort of the United Kingdom and the Dominions. She was also the mother of Queen Elizabeth II, England’s current reigning monarch. (After Elizabeth II succeeded George VI to the throne following his death in 1952, her mother became known instead as Queen Elizabeth The Queen Mother; she retained this title until her death in 2002 at the age of 101.)

The queen consort, accompanied by her daughters Elizabeth and Margaret, attended the Tuesday afternoon ceremony to help launch the ship named in her honor. “The launching was a spectacle to be remembered,” reported the Guardian newspaper. A major foul-up occurred before Queen Elizabeth even had the opportunity to christen the vessel. While several of the ship’s builders were describing the mechanism for sending the ocean liner down a slipway and into the River Clyde, someone accidentally pressed a button that caused the vessel to start sliding into those waters ahead of schedule.

The Guardian recounted, “The ship had moved a yard or two before the Queen could use the scissors that were to send the bottle of wine crashing against her bows, and her gathering momentum caused many to fear that she might go to the water a pagan ‘unchristened.’ But that ill fate was not to be, and the broken bottle tinkled in time as the ship made way.”

Notwithstanding that unplanned part of the ceremony, the launch of the Queen Elizabeth was seen to some extent as a nationwide respite from the ever-escalating tensions between England and Germany that would erupt into World War II the following year. The Guardian asserted, “This ceremony, to which a listening country lent its ears and which something like a quarter of a million people saw with their own eyes, a ceremony enacted on a grey day in a darkening world, was instinct with a symbolism that none present will ever forget.”

Queen Elizabeth took time during the ceremony to address those ongoing anxieties about the international climate. “This ceremony, to which many thousands have looked forward to eagerly, must now take place in circumstances far different from those for which they had hoped,” she said. “I have, however, a message for you from the King. He bids the people of this country to be of good cheer, in spite of the dark clouds hanging over them and indeed over the whole world.”

The advent of jet airliners in the 1950s, however, considerably reduced the popularity of the Queen Elizabeth and her fellow transatlantic passenger ships. Three decades after being launched, the ocean liner’s service with Cunard Line came to an end.

For more information on the RMS Queen Elizabeth, please check out https://ssmaritime.com/RMS-Queen-Elizabeth.htm and https://www.chriscunard.com/queen-elizabeth/queen-elizabeth-history/

A video of the ship’s launch is available at https://www.youtube.com/watch?v=Tl8tpZMM2Xs