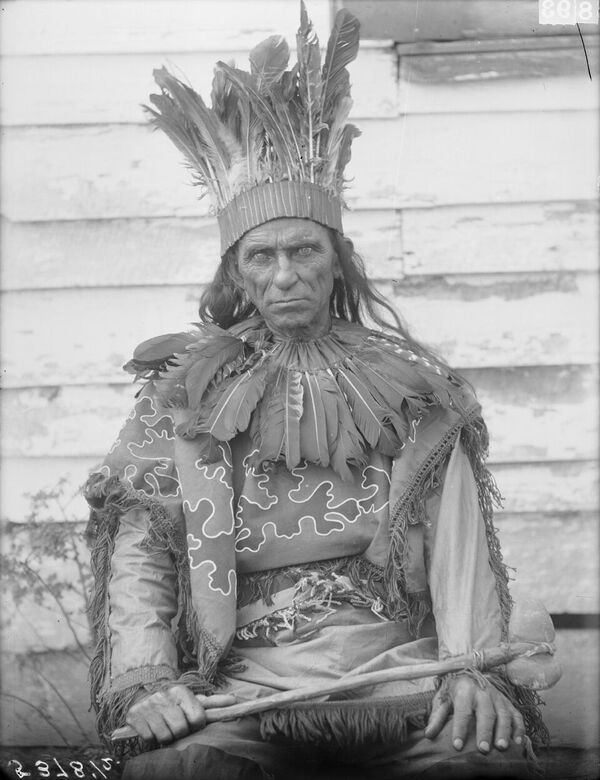 During the American Civil War, Virginia resident William Terrill Bradby was one of an estimated 20,000 Native Americans who served with Union military forces in the fight against the Confederacy. A large part of Bradby’s own contributions to the Union cause involved maritime transportation.

A member of the Pamunkey Tribe, Bradby was born in Virginia in 1833. After the Civil War broke out in 1861, Bradby remained loyal to the Union even though Virginia joined the Confederacy. Bradby’s unwavering decision to side with the North resulted in his church expelling him from its congregation. Even more significantly, his military service on behalf of the Union often placed him at high risk and in harm’s way.

Bradby’s initial activities with the Union forces included serving as a land guide and scout for the Army of the Potomac during the Peninsula Campaign in southeastern Virginia in 1862. The following year, however, Bradby exchanged those land-based assignments for “water duty” when he joined the Union Navy.

Throughout the remainder of the war, Bradby served on a variety of military ships and boats and even piloted several of those vessels.  For a good part of 1863-64, for example, he was a pilot second class for vessels that were part of a Union flotilla on the James River in Virginia. While serving on the steamship USS Shokokon on that river, Bradby was shot in the leg by a Confederate shell. This injury turned out to be only a flesh wound, but it brought about rheumatism that would plague Bradby for the remainder of his days. Other vessels on which Bradby served were the gunboats USS Onondaga and USS Huron; the tugboat USS Epsilon; the steamship USS Daylight; and the torpedo boat USS Spuyten Duyvil.

There were several other Native Americans from Virginia who likewise served the Union as guides and pilots during the war. They included Bradby’s brother Sterling as well as Thornton Allmond, John Langston, William Sampson, and Powhatan Weisiger. William Terrill Bradby’s own military record, however, is one of the most detailed and best documented of that group.

After the Civil War ended, Bradby returned to where he had lived prior to the conflict: the Pamunkey reservation on the western shore of the Chesapeake Bay in Virginia. Bradby remained there for the rest of his life, becoming one the most respected members of the community. He died sometime around 1905.

Additional information on Bradby and other Native Americans who took part in the Civil War is available at https://americanindian.si.edu/static/patriot-nations/conflicting-loyalties.html