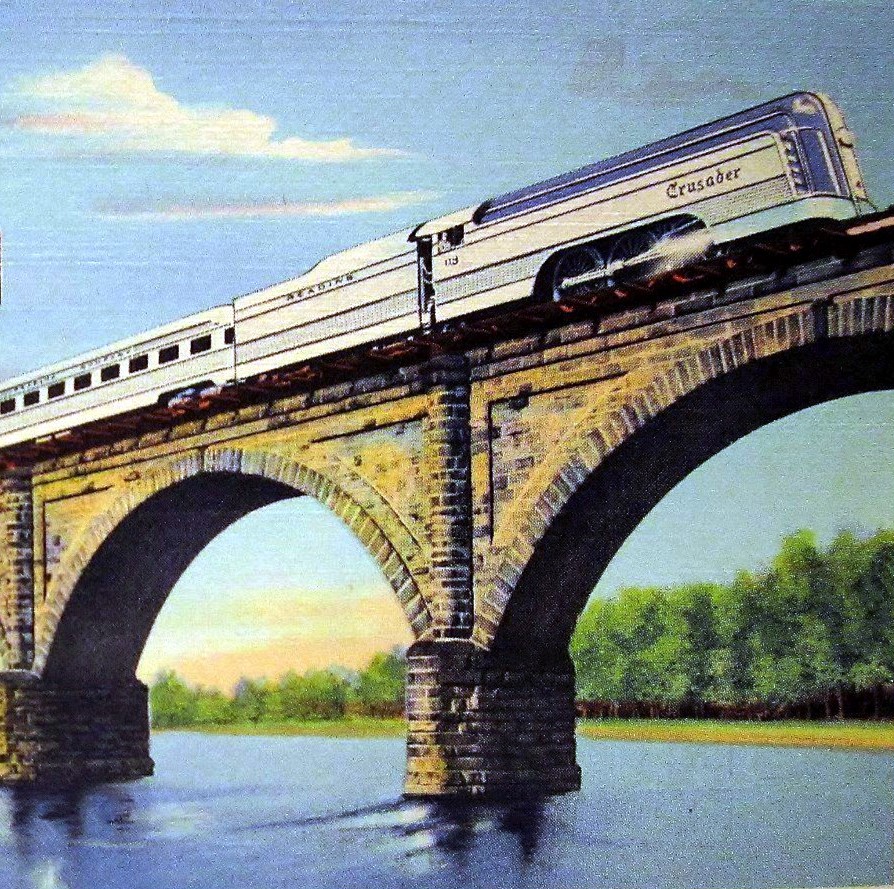 The Reading Railroad’s express passenger train Crusader made its first regular run along a 90.3-mile (145.3-kilometer) route between the Reading Terminal in Philadelphia, Pennsylvania, and the Communipaw Terminal in Jersey City, New Jersey. The train received its name thanks to a contest that offered $250 to the winning entry, which was selected by a committee of 29 railroad officials. A total of 6,086 entries were submitted, and the person who suggested “Crusader” as the name was Mr. P.W. Silzer of Plainfield, New Jersey.

The Reading Railroad had already achieved cultural prominence by that time through such means as being included on the popular Monopoly game board (just five spaces after “Go”), and the Crusader for its part became that company’s most famous train. The Crusader quickly made a positive public impression. In the spring after the Crusader’s maiden run, the Pennsylvania-based Chester Times newspaper noted that the “crack streamline train” was “a complete success.”

The Crusader, which was built by the Philadelphia-based Budd Company, would remain in active service in that region of Pennsylvania and New Jersey until the early 1980s. Two of the train’s five cars are still around today; one can be found in the collection of the Railroad Museum of Pennsylvania in Strasburg, Pennsylvania, while the other is part of the passenger fleet of Chicago-based Iowa Pacific Holdings.

For more information on the passenger train Crusader, please check out https://en.wikipedia.org/wiki/Crusader_(train)