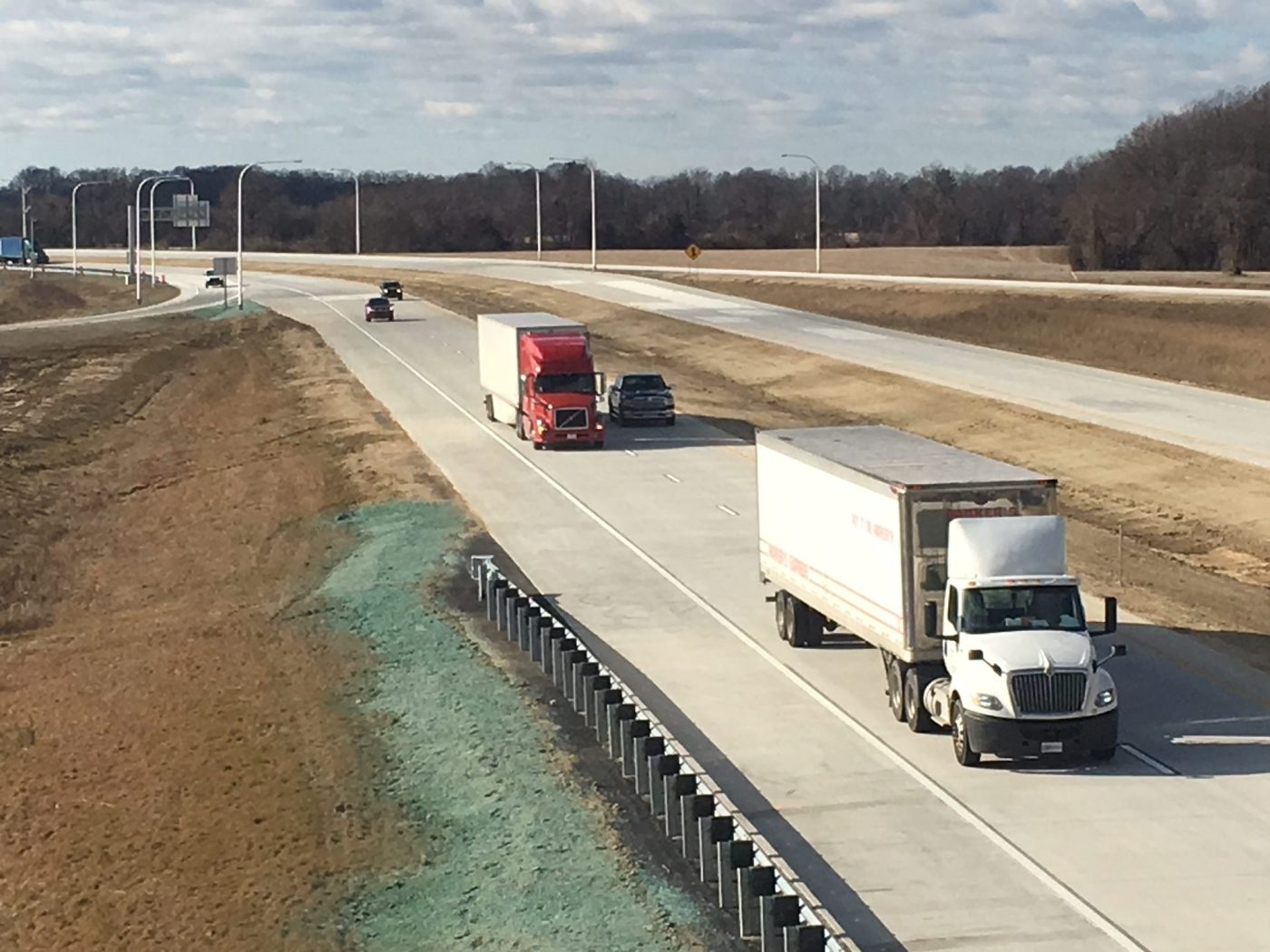 In Delaware, a groundbreaking ceremony took place for a highway project to help reduce congestion and strengthen commerce along a significant portion of the Eastern Seaboard of the United States. The focus of this project was on building a new version of U.S. Route 301 (US 301) in Delaware.

This new 13-mile (20.9-kilometer), four-lane tolled highway was designed to connect with the existing portion of US 301 in neighboring Maryland and therefore serve as an alternative route to the part of Interstate 95 (I-95) between Wilmington (Delaware’s largest city and most populous city) and northern Virginia. One of the biggest reasons for developing this new highway was to allow commercial truck drivers to stay clear of stop-and-go traffic on local roads in Delaware and therefore drive more expeditiously through the state.

The groundbreaking ceremony for this project was specifically held at the US 301 weigh station near Middletown, Delaware. Those attending the event included Jack Markell, governor of Delaware; Anthony Foxx, U.S. secretary of transportation; Gregory Nadeau, administrator of the Federal Highway Administration; Jennifer Cohan, secretary of the Delaware Department of Transportation (DelDOT); the state’s congressional delegation; and various other public officials.

In his own remarks at the ceremony, Foxx highlighted the potential benefits of the new US 301 in Delaware. “When completed, the project will link to I-95 and support the economy of not only Delaware but also one of the nation’s largest regions,” said Foxx. “It will increase access to economic opportunity by making it easier for people to commute to jobs in the fastest-growing region of the state.”

The new highway was officially opened to traffic on March 1, 2019, as part of a ceremony likewise held at the weigh station near Middletown. Cohan used the occasion to emphasize both the scope of the recently completed construction effort and what the route would mean for that region of the country.

“DelDOT is extremely pleased with the successful completion of the new U.S. Route 301,” said Cohan. “It was a truly gargantuan project. This $636 million project required our contractors to move more than 7.3 million cubic yards [5.6 million cubic meters] of dirt and pour more than 300,000 cubic yards [229,637 cubic meters] of concrete. As a result, thousands of vehicles will now be able to travel safely and efficiently between Middletown and the Maryland state line, reducing unnecessary traffic in commercial areas.”

At the time of the opening of the new US 301, Delaware State Senator Dave Sokola likewise underscored what this highway meant for the First State. “Delaware is taking big steps toward a brighter, bolder future and it’s on all of us in state government to make sure that our infrastructure keeps up with that pace,” noted Sokola. “U.S. Route 301 is a testament to what good transportation infrastructure should look like and I am thankful to DelDOT, their contractors, and everyone else involved for seeing this project through to completion.”

For more information on the U.S. Route 301 project undertaken in Delaware between 2016 and 2019, please check out https://www.fhwa.dot.gov/pressroom/fhwa1606.cfm and https://deldot.gov/About/news/index.shtml?dc=release&id=7515.