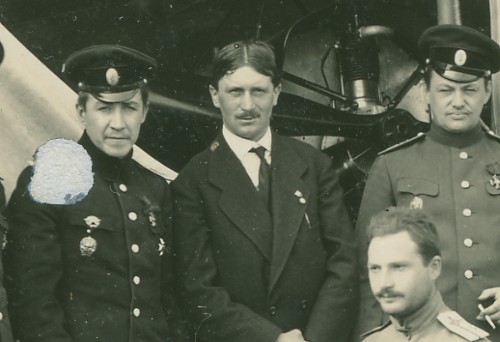 The world’s first official mail delivery via airplane took place in the northern area of the present-day Republic of India. At the time, this region of India was under British rule as part of the United Provinces of Agra and Oudh.

French pilot Henri Pequet, who happened to be in the city of Allahabad participating in an airshow called United Provinces Exhibition, was the pilot for that historic flight. The 23-year-old Pequet, using a Humber-Sommer biplane, transported approximately 6,000 mail items (both cards and letters) from a polo field in Allahabad to a post office in the nearby community of Naini. This flight of about five miles (8.2 kilometers) took 13 minutes to complete. Along with setting a new airmail record, Pequet’s airborne journey marked the first commercial civil aviation flight in India.

The person responsible for the flight in the first place was British aviation pioneer and Royal Indian Navy Captain Walter Windham, who had also organized the United Provinces Exhibition. Windham arranged for the flight as an innovative way to help Holy Trinity Church in Allahabad raise funds for a new youth hostel. Each person providing a card or letter to be flown by Pequet had to pay not only the regular postage rate but also a surcharge that would serve as a donation for the planned hostel.

This trailblazing use of a plane for the delivery of officially sanctioned mail attracted worldwide attention, especially after a large number of those cards and letters finally made their way from the post office in Naini to England the following month. “First Aerial Mail Received in London,” proclaimed a headline in the Pennsylvania-based Pittsburgh Daily Post. These pieces of correspondence, reported the Pittsburgh Daily Post, “bear a new postmark, which ought to become historic. It represents an aeroplane flying over a range of mountains, and with this inscription: ‘First Aerial Post. U.P. Exhibition.’”

For more information on the first official delivery of mail by airplane, please check out https://postalmuseum.si.edu/collections/object-spotlight/india-and-the-worlds-first-official-air-mail-by-airplane.

One thought on “1911: The Worlds First Air Mail Delivery Gets Off the Ground in India”