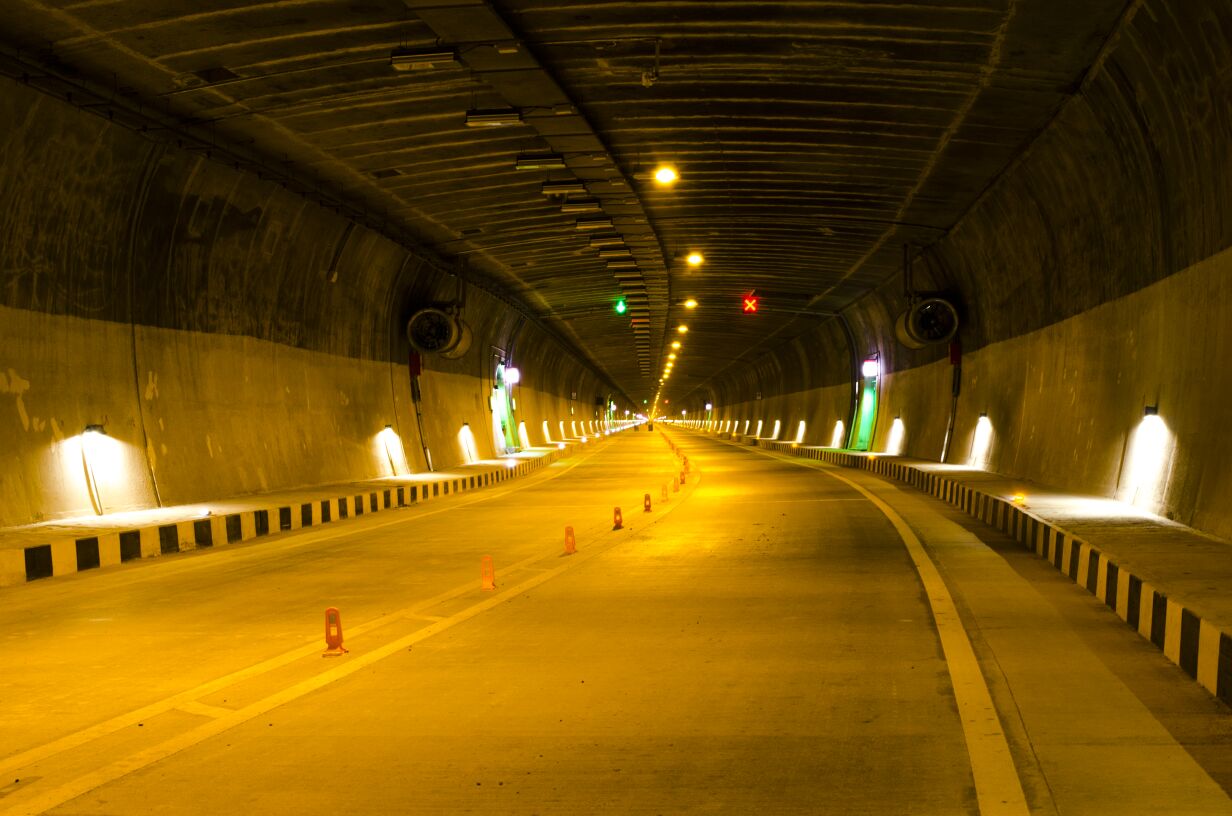 In India, a record-setting road tunnel was formally opened in the state (now union territory) of Jammu and Kashmir by Indian Prime Minister Narendra Modi. This inaugural ceremony took place at the end of the tunnel located near the town and tehsil (administrative subdivision) of Chenani. Following the ceremony, Modi traveled in an open jeep through part of the new tunnel. Those accompanying him for this ride included Narinder Nath Vohra, governor of Jammu and Kashmir from 2008 to 2018; and Mehbooba Mufti, chief minister of Jammu and Kashmir from 2016 to 2018.

Construction on the single-tube, bidirectional tunnel had begun in 2011. Hundreds of engineers, geologists, and laborers took part in this project. Measuring 5.8 miles (9.3 kilometers) in length, this structure is India’s longest road tunnel. As a part of National Highway 44 (NH 44), the tunnel serves as a key connection between Chenani and the village of Nashri.

The tunnel, which is located at an altitude of nearly 4,000 feet (1,219.2 meters) within that region’s challenging Himalayan terrain, was built to bypass several landslide- and avalanche-prone spots where major traffic blockages and delays have occurred on NH 44. In addition, this tunnel has significantly reduced overall travel times in that section of Jammu and Kashmir.

To better serve as a pivotal transportation link throughout the year, this all-weather tunnel contains a variety of state-of-the-art safety features. These features include emergency call boxes located 492 feet (150 meters) from each other inside the structure; parking areas in the event of vehicle breakdowns; and an in-built firefighting system.

Known as the Chenani-Nashri Tunnel at the time of its opening, this structure has since been renamed the Dr. Syama Prasad Mookerjee Tunnel in memory of a prominent statesman, lawyer, and academician. Syama Prasad Mookerjee (1901-1953) served as India’s first minister of commerce and industry after the country achieved independence from British rule in 1947.