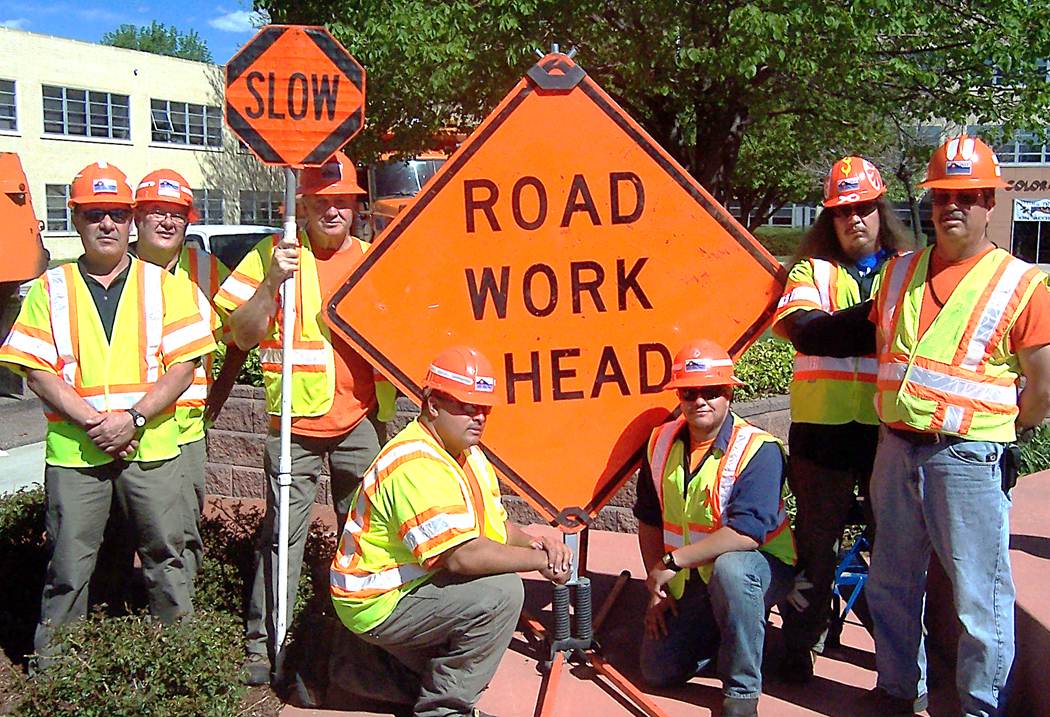 High-visibility safety vests have long been a key part of the protective clothing worn by those who work in road construction areas. The yellow-and-orange safety vests certified by the American National Standards Institute (ANSI) as Class 3, for example, are customarily worn by those working on highways where the speed limit is at least 50 miles (80.5 kilometers) per hour. This class of safety vest, as with other types, also includes reflective striping to further improve the likelihood that highway workers will be clearly seen by drivers traveling through work zone areas.

While the safety vest has rarely if ever won any contests for high-fashion attire, it is very much prized for its crucial role in overall efforts to reduce fatalities and injuries in highway work zones. This point was underscored in a 2008 public information campaign for road safety in France. One of this campaign’s ads featured fashion designer Karl Lagerfeld wearing a yellow safety vest and standing in the middle of a highway at night. This ad included the following slogan about that vest: “It’s yellow, it’s ugly, it doesn’t go with anything, but it could save your life”.

The safety vest originated with what could have been a devastating setback for a teenager aspiring to become a doctor. Bob Switzer, who was born in Minnesota in 1914 but raised in California, was a pre-med student at the University of California at Berkeley by the summer of 1933. To earn money during that summer, he worked for a quality control laboratory of the H.J. Heinz Company.

One of Switzer’s job responsibilities involved handling items delivered via nearby trains for the laboratory. He injured himself seriously one day while unloading shipments from a freight car and was found unconscious beside the train tracks. His major injuries included a fractured skull as well as a partially severed optic nerve and double vision.

Switzer’s accident meant the end of his ambitions to become a doctor, and he instead spent several months recuperating at home. To help him more fully recover his eyesight, Switzer was told by medical professionals to avoid bright light as much as possible during his convalescence. While Switzer did his best to comply with those instructions and spend a lot of time in dark rooms and other dimly lit environments, he and his brother Joe developed a shared fascination with fluorescence. Joe was an amateur magician and both brothers realized over time that the naturally fluorescing organic compounds they were experimenting with could be used to great effect in Joe’s magic shows.

One of the more spellbinding illusions that the Switzer brothers came up with entailed using those compounds to create a special kind of paint. This paint, in turn, was applied to costumes that then glowed onstage under a black light. The Switzers initially named their fluorescent brand of paint “Day-Glo,” and they eventually went beyond just magic shows for using and showcasing it. They founded Fluor-S-Art Company, partnering with an artist named Delmar Gray to produce fluorescent displays for commercial advertising products that encompassed everything from movie posters to department store displays.

The possibilities of the Switzer brothers’ invention grew wider during World War II, when the U.S. military used those fluorescent colors for such high-priority activities as nighttime airplane landings and the detection of previously hard-to-see flaws in various machine parts. Within the first couple of decades following the end of the war, there were even more opportunities for the application of those colors not only in commercial endeavors but also for lifesaving purposes.

A major example of the latter category has been the integration of fluorescent, easy-to-see colors into safety vests that are now used on a regular basis by highway workers as well as firefighters, policemen, other emergency responders, crossing guards, and a vast array of other individuals who likewise operate in potentially high-risk settings.

For more information on the origins of high-visibility safety vests, please check out https://www.trafficsafetystore.com/blog/the-complete-history-evolution-of-the-safety-vest/ and https://www.acs.org/content/acs/en/education/whatischemistry/landmarks/dayglo.html