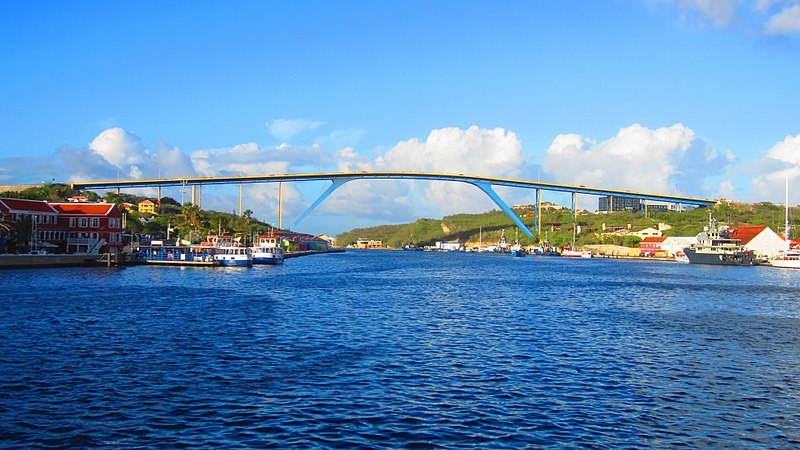 This four-lane road bridge spans across St. Anna Bay and replaced a previous structure that had collapsed in 1967. The current bridge was named for Queen Juliana of the Netherlands. The opening for that bridge took place on Queen’s Day, which was at that time a national holiday in the Netherlands and its constituent countries. Queen Juliana, who had been born on the final day of April in 1909, assumed the Dutch throne in 1948 and reigned until 1980; she passed away in 2004.

Measuring 1,640.4 feet (500 meters) in length, the Queen Juliana Bridge was built 185 feet (56.4 meters) above sea level to accommodate the huge freighters that sail in and out of St. Anna Bay’s narrow harbor. The bridge is the highest in the entire Caribbean and among the highest worldwide. It also provides one of the highest vantage points on all of Curaçao and offers unrivaled panoramic views of Willemstad and the harbor there.

For more information on the Queen Juliana Bridge, please check out https://en.wikipedia.org/wiki/Queen_Juliana_Bridge