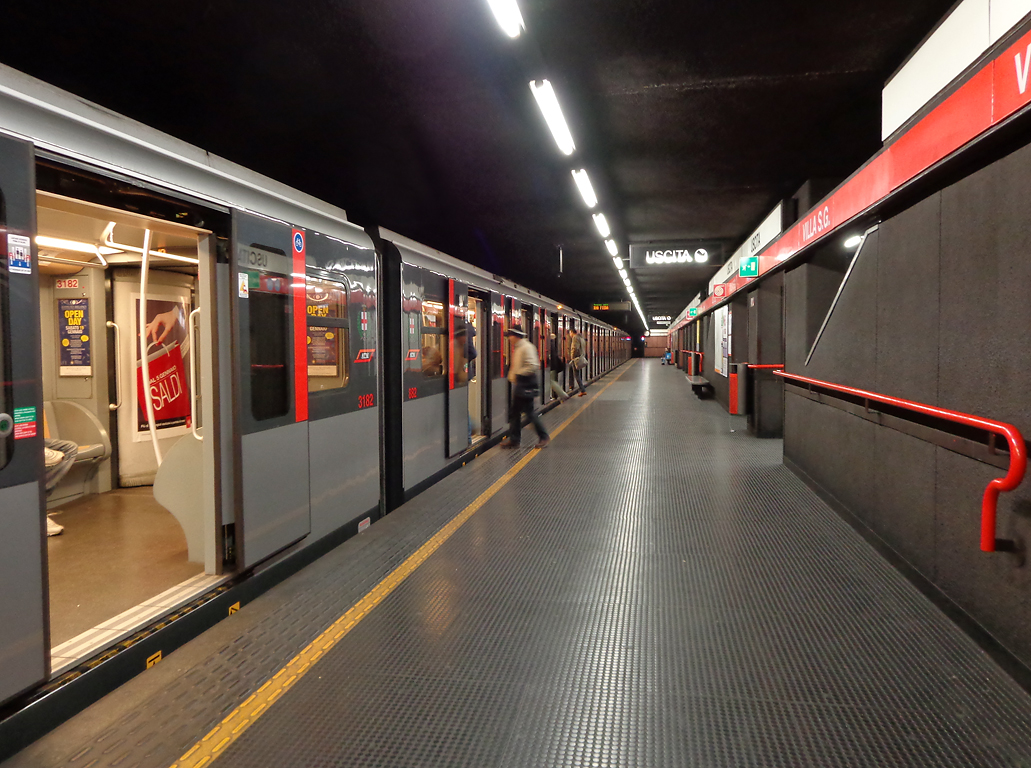 Construction began on the rapid transit system Metropolitana di Milano (Milan Metro) in Italy’s second most populous city.  Public transportation in Milan dates back to 1840, when the Milan-Monza Railway made its debut. As early as 1914, Milan’s public officials discussed creating an underground transit network similar to those in other major European cities such as Paris and London. In 1938, plans were finally developed for a subway system of seven lines throughout Milan; these efforts, however, were put on hold due to World War II and a lack of funds.

The city government formally approved construction of the Milan Metro in 1952, and three years later the engineering company Metropolitana Milanese was established to manage that large-scale construction project.  The first segment of the Milan Metro to be built was the system’s red line, which officially opened in 1964. The stations on that line were designed by architects Franco Albini and Franca Helg. Graphic designer Bob Noorda created the designs for the signs and other images along the red line. These individuals were collectively given Compasso d’Oro (Golden Compass), Italy’s most prestigious industrial design award, for their work on that initial section of the Milan Metro.

In the years since the Milan Metro’s red line began operations, three other segments – the green, yellow, and lilac lines – have also been completed and opened. A fifth line is still under construction. The mostly underground Milan Metro ranks first among rapid transit systems in Italy in terms of total length (60.1 miles [96.8 kilometers]) and number of stations (106). In 2019, this system had a total ridership of 369 million passengers. The Milan Metro has played a pivotal part in Milan’s vast transportation network and helped strengthen the role of that city as the commercial, financial, and industrial center of Italy.

For more information on the Milan Metro, please check out  https://en.wikipedia.org/wiki/Milan_Metro