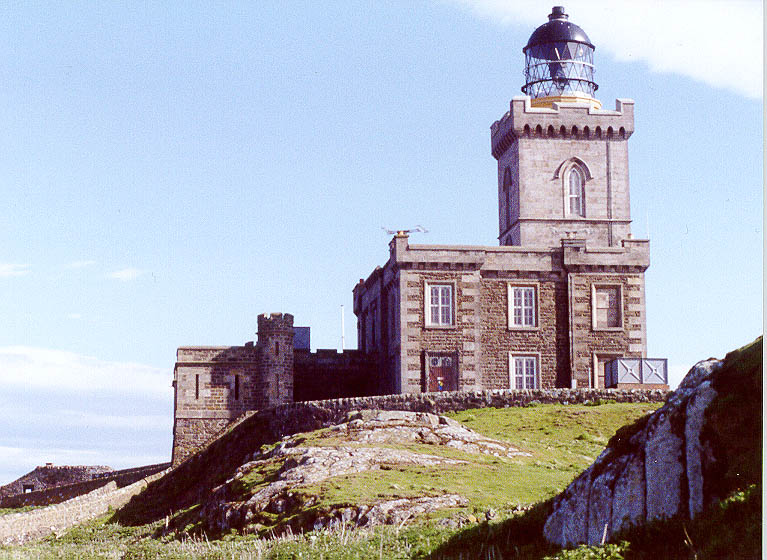 A new lighthouse went into service on the Isle of May, which is approximately five miles (eight kilometers) off the coast of mainland Scotland. This lighthouse replaced one that was a coal-fired beacon built sometime during the 1630s. The original lighthouse was the first navigational aid on Scottish soil to be staffed by on-site keepers on a regular basis.

During much of its longtime service, that privately owned beacon was considered one of the best of its kind in existence. Over time, however, it became increasingly difficult for mariners to see this lighthouse and use it as a guide in those waters.

The stage was set for a new navigational aid on the Isle of May in 1814, when the Northern Lighthouse Board (the general lighthouse authority for Scotland) purchased the island from William Henry Cavendish-Scott-Bentinck, 4th Duke of Portland; and his wife Henrietta Bentinck, Duchess of Portland. The current Isle of May Lighthouse was then designed and built by the renowned civil engineer Robert Stevenson, the grandfather of writers Robert Louis Stevenson and Katharine de Mattos. Robert Stevenson designed the replacement lighthouse as an ornate gothic tower resembling a castle.

This 79-foot (24-meter)-tall lighthouse remains in service today and has been listed by the government agency Historic Environment Scotland as a building of national importance. It was designated a “rock” station in 1972, meaning that the keeper’s families were henceforth required to reside on the mainland rather than in the lighthouse’s facilities. The lighthouse was fully automated in 1989. Its operations are now monitored via both a UHF radio link with Fife Ness Lighthouse in that region and a landline to the Northern Lighthouse Board headquarters in Scotland’s capital city of Edinburgh.

For more information on the present-day Isle of May Lighthouse and its predecessor, please check out https://en.wikipedia.org/wiki/Isle_of_May#Lighthouses