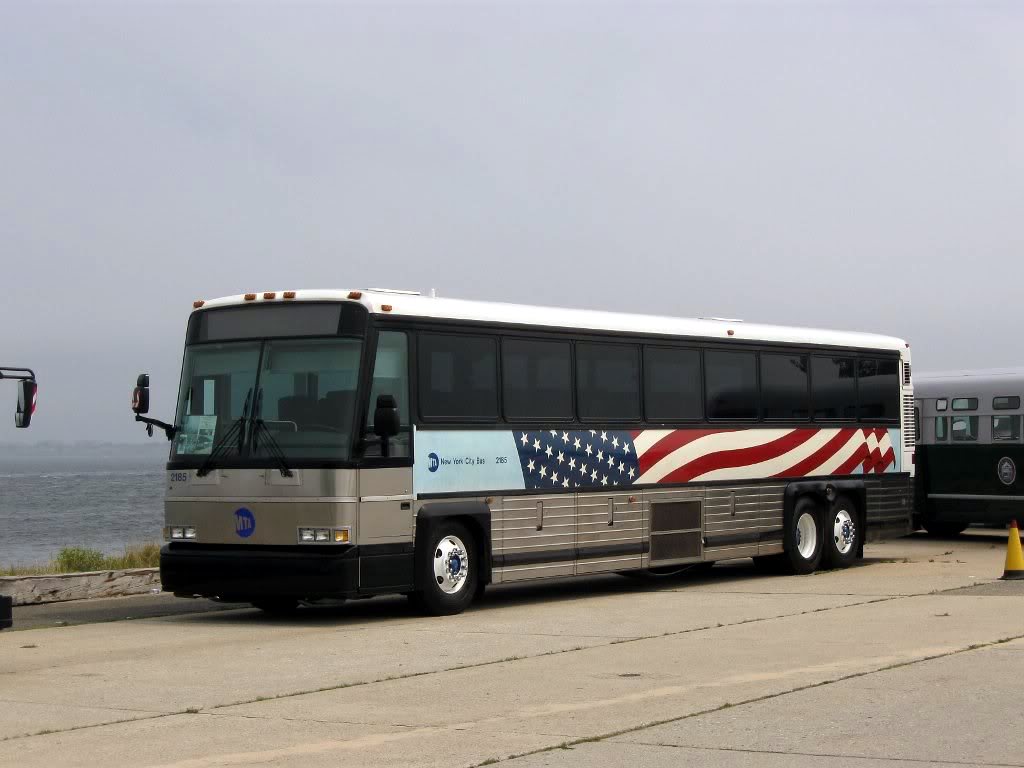 The terrorist attacks on the United States on September 11, 2001, resulted in the tragic deaths of nearly 3,000 individuals in the vicinity of New York City’s World Trade Center; the Pentagon in the Washington, D.C., metropolitan area; and –where a hijacked airplane went down after passengers sought to overcome the terrorists on board – a field in western Pennsylvania. In the time since those attacks, vast arrays of memorials have been created honoring the many victims who lost their lives that morning.

Metropolitan Transit Authority New York City (MTA NYC) Transit coach bus No. 2185 was thickly coated both inside and out with dust and ash and heavily battered due to falling debris. In addition, the bus’s wiring was damaged and a fire scorched part of the interior. Instead of being sent off to be scrapped, however, the bus was taken to a maintenance facility in the Bronx and rebuilt as a symbol of resiliency in the face of those attacks.

The repairs on the bus took about three years to complete, with the transmission and roof repaired, a thorough cleaning performed, and the broken windows replaced. In yet another notable kind of refurbishment for this bus, a red, white, and blue designs based on the U.S. flag were painted on the sides of the vehicle.  “This coach has a special place in our hearts throughout the year,” said longtime MTA NYC Transit senior official Darryl Irick in a September 2013 interview, “but even more so this time of year when we all reflect on the tragic events of that morning.”

A video of this bus is available at https://www.youtube.com/watch?v=4g_C7wT2JHE