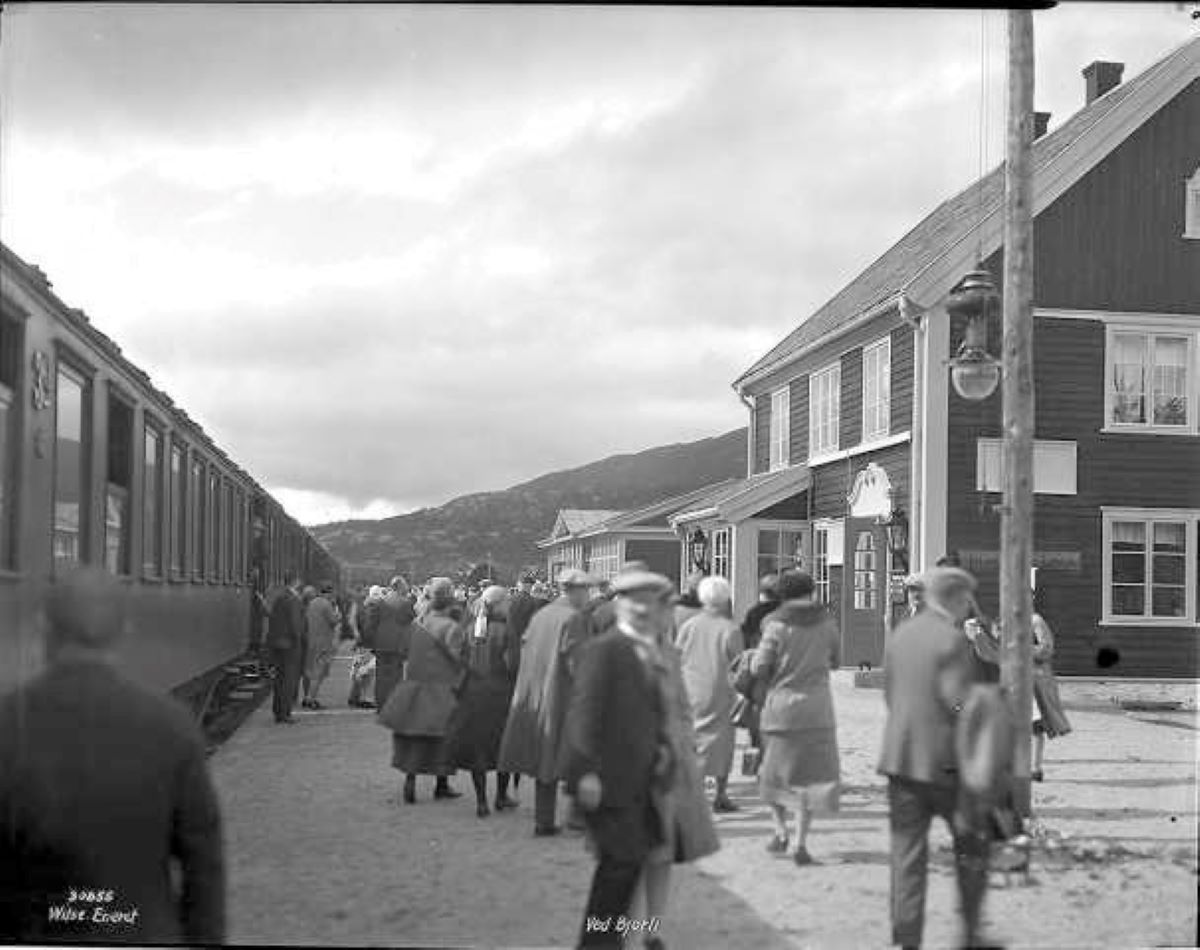 Construction on Bjorli Station had begun in 1918. This building was designed by Gudmund Hoel, who is widely regarded as one of Norway’s most prominent and influential architects when it comes to railway facilities. Hoel had been appointed director of NSB Arkitektontor, a division of the Norwegian State Railways, in 1913. He served in that position until retiring in 1947.

For the railway infrastructure in Bjorli, Hoel designed not only the station but also a water tower, roundhouse, turntable, and restaurant on that property. During World War II, however, the restaurant was destroyed as the result of a bombing raid and never rebuilt.

Bjorli Station is still in service nearly a century after its debut. This building is currently maintained by Bane NOR Eiendom, which manages large portions of the real estate belonging to the Norwegian government railway agency Bane NOR SF.

For more information on Bjorli Station, please check out https://en.wikipedia.org/wiki/Bjorli_Station

Additional information on the entire Rauma Line is available at https://en.wikipedia.org/wiki/Rauma_Line