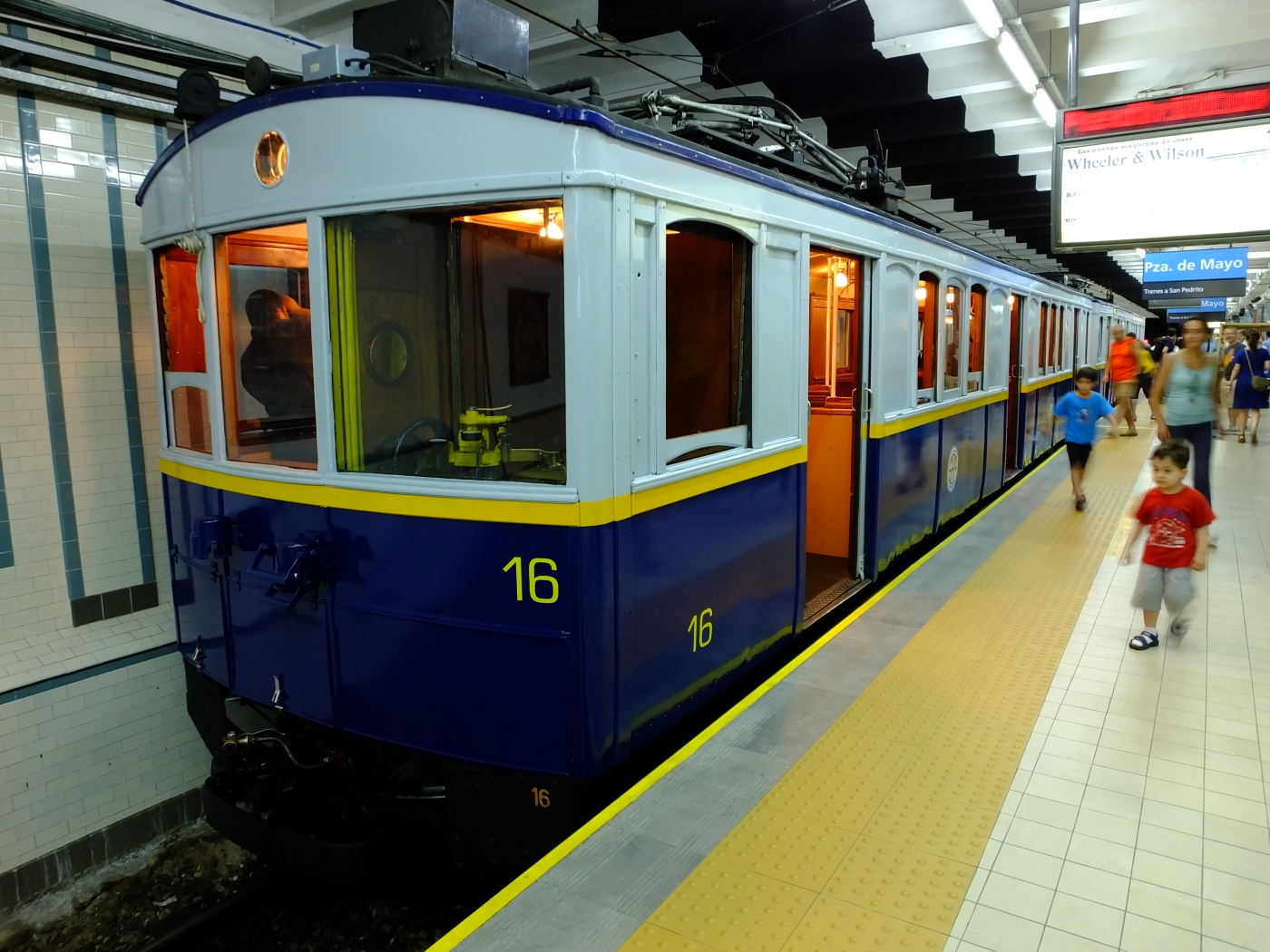 The initial segment of the system’s first line was built by the Anglo-Argentine Tramways Company and it connected the stations of Plaza de Mayo and Plaza Miserere. The first cars used along that line were manufactured by the Belgian company La Brugeoise et Nicaise et Delcuve. The above photo taken in 2013 shows one of the La Brugeoise cars at the Plaza de Mayo station; this car had been briefly brought out of retirement at that time to help commemorate the centennial of the Buenos Aires Underground’s debut.

Victorino de la Plaza y Palacios, vice president of Argentina, officiated at the dedication ceremony for Line A of the Buenos Aires Underground on December 1, 1913. (He served as vice president between 1910 and 1914, and went on to govern as the country’s interim president until 1916.) The day after the dedication festivities, Line A was opened to the public. Approximately 220,000 people used the new transit service on its first day of operations.

The Buenos Aires Underground now encompasses six lines that cover a total of 35.2 miles (56.7 kilometers). There are 87 stations altogether within that system.

Additional information on Line A of the Buenos Aires Underground is available at https://en.wikipedia.org/wiki/Line_A_(Buenos_Aires_Underground)