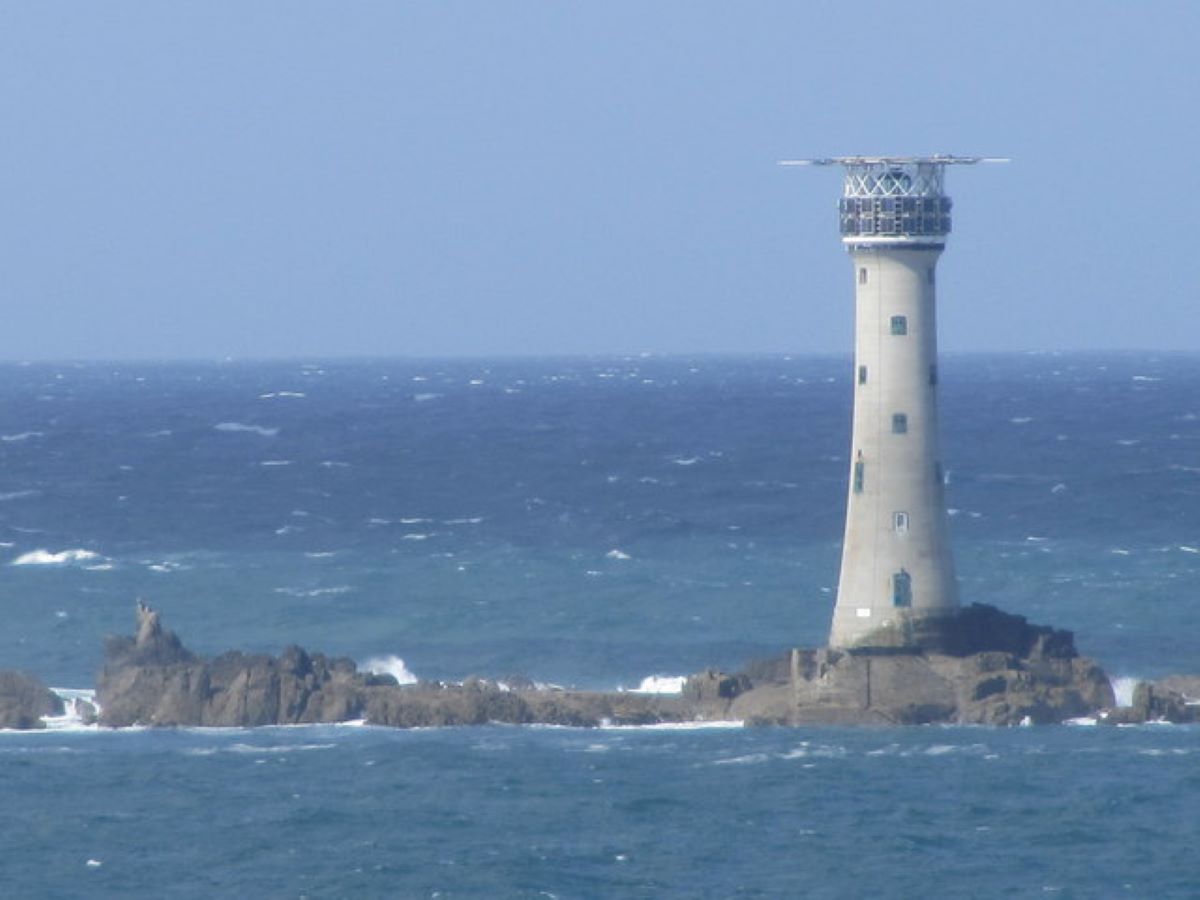 After a few delays, a new lighthouse began operations off the western coast of the island of Guernsey in the English Channel. (Guernsey and several other islands in that vicinity of the channel have long constituted the British Crown dependency known as the Bailiwick of Guernsey.)  That lighthouse is specifically situated on Les Hanois reef, a group of rocks marking the westernmost point of all of the Channel Islands.

Five days after this navigational aid was first lit, the London-based Standard announced in a notice to mariners that “a quick Revolving Red Light, showing a full beam every 45 second, is now exhibited seaward from the light-house erected on one of the Hanois Rocks, at the western extremity of the island Guernsey.” This announcement also noted, “The light burns at an elevation of 100 feet [30.5 meters] above high water . . . Under ordinary circumstances the light will be visible at a distance of about 12 miles [19.3 kilometers].”

There had been demands for a lighthouse at that location as far back as 1817 and in response to various shipwrecks in the area. The British government finally authorized the construction of Les Hanois Lighthouse during the 1850s. As bailiff and civic head of Guernsey, Peter Stafford Carey laid the foundation stone for the new structure in 1860.

The engineer who was in charge of actually building Les Hanois Lighthouse was William Douglass. This was one of several notable construction projects that he carried out between 1852 and 1878 on behalf of Trinity House, the official authority for lighthouse in England, Wales, Gibraltar, and the Channel Islands. Following his service with Trinity House, Douglass worked as engineer-in-chief to the Commissioner of Irish Lights from 1878 to 1900.

Les Hanois Lighthouse, which was fully automated in 1996, continues to help protect vessels from the often hazardous rocks and reefs west of Guernsey. This structure also serves as a position fix for mariners making their way through that section of the English Channel. The current light for Les Hanois Lighthouse emits two white flashes every 13 seconds and has a range of 20 nautical miles (37 kilometers).

Additional information on lighthouses in the English Channel is available at https://en.wikipedia.org/wiki/List_of_lighthouses_in_the_Channel_Islands