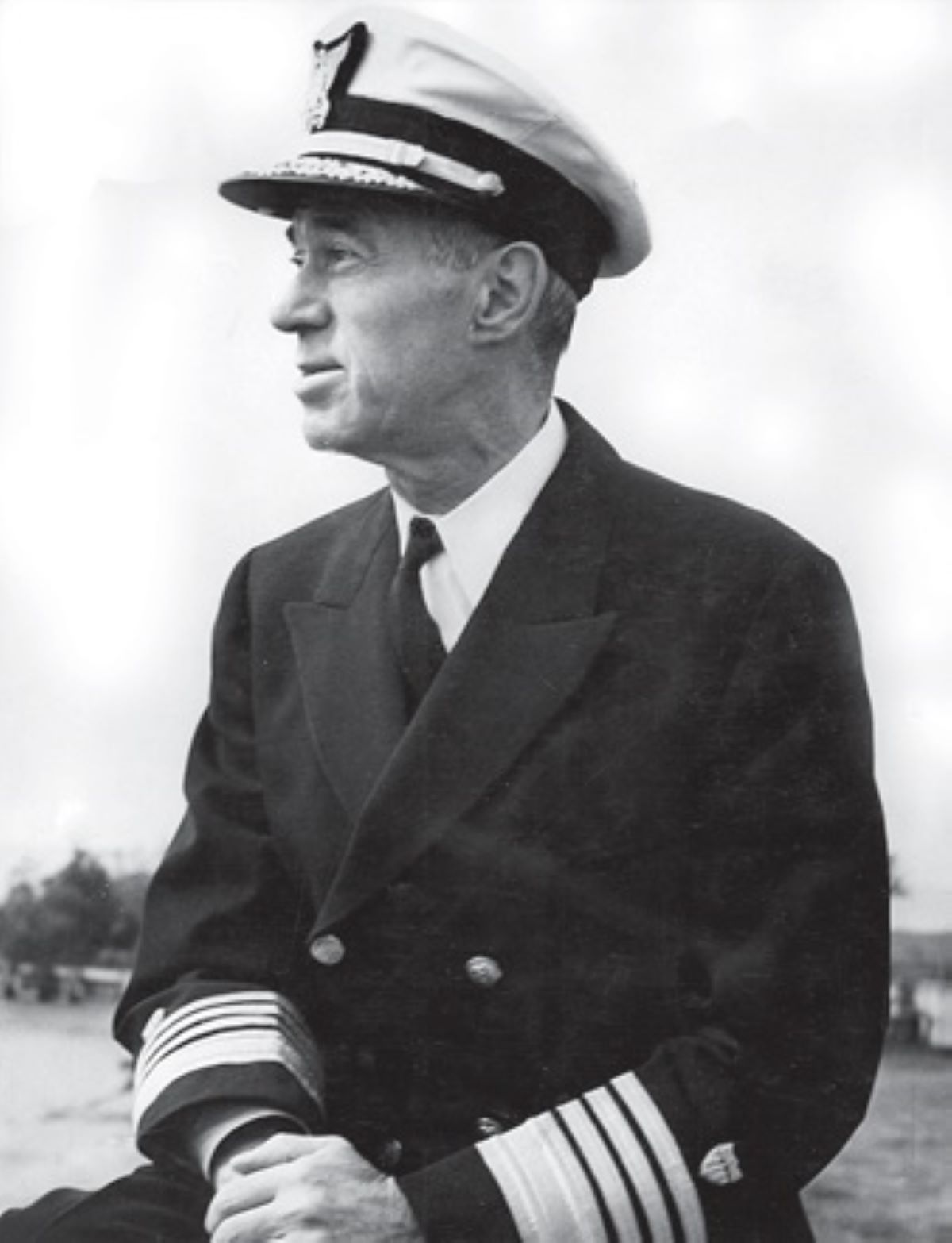 Russell Randolph Waesche, whose influential tenure as commandant of the U.S. Coast Guard (USCG) included his strong advocacy of maritime safety, was born in Thurmont, Maryland. Waesche graduated from the U.S. Revenue Cutter School of Instruction in 1906, and was commissioned a Third Lieutenant (Ensign). He subsequently served on cutters in the North Atlantic, Great Lakes, and Pacific Northwest.

In 1915, Waesche was involved in facilitating the Revenue Cutter Service’s merger with the U.S. Life-Saving Service to form the USCG. He rose through the USCG’s ranks and, in 1936, was appointed commandant of that military branch and promoted to rear admiral. Waesche served as commandant until 1945, the longest tenure of anybody in that position.

Waesche’s tenure as commandant included the integration of the U.S. Lighthouse Service, an exclusively civilian agency with the USCG in 1939. As the nation’s new head lighthouse keeper, Waesche made that potentially difficult transition a smooth one for everyone involved.

During World War II, Waesche presided over the USCG’s largest-ever expansion. Waesche, who was promoted to vice admiral and then admiral during those years (becoming the first USCG officer to achieve those ranks), ensured that the service kept a separate identity even while under the U.S. Navy’s administrative control throughout the war.

Coast guardsmen contributed heavily to the war effort by operating a large number of vessels and participating in every major amphibious campaign. As commandant, Waesche also emphasized enhancing and extending such generally non-military functions as maritime safety, ice-breaking procedures, and technical aids in navigation.

During congressional testimony in 1944, Waesche underscored these activities and stressed in particular the USCG’s oversight of “the country’s vast and complex system of aids to navigation – which includes lighthouses, lightships, buoys, fog signals, and radio stations and beacons.” Waesche died in 1946 at the age of 60 at the National Naval Medical Center (the present-day Walter Reed National Military Medical Center) in Bethesda, Maryland.