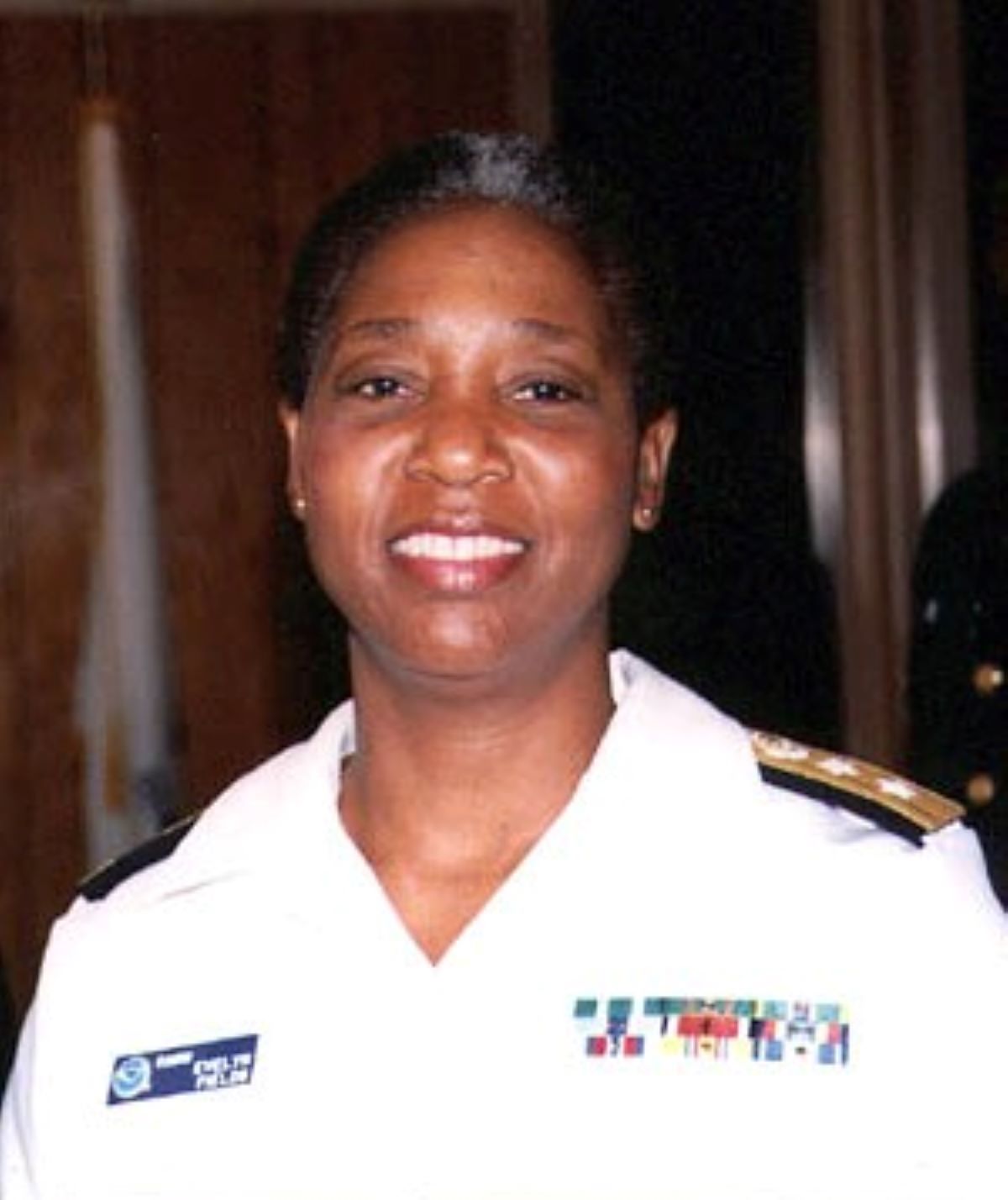 In January 1999, President Bill Clinton nominated Evelyn Juanita Fields as the new director of the National Oceanic and Atmospheric Administration Commissioned Officer Corps (also known as the NOAA Corps) and NOAA’s Office of Marine and Aviation Operations (OMAO). The primary mission of the NOAA Corps entails assessing oceanic conditions, supporting major waterways, and monitoring atmospheric conditions; OMAO’s responsibilities include operating aircraft and ships on behalf of NOAA-sponsored environmental and scientific priorities. Less than four months after being nominated by Clinton, Fields was confirmed as director by the U.S. Senate. She became both the first African American and the first woman to serve in that position.

Fields was born in Norfolk, Virginia, in 1949. As an elementary school student, she first developed a strong interest in mathematics and science. Fields graduated from Norfolk State University in 1971 with a Bachelor of Science degree in mathematics.

The following year, Fields began her career at NOAA as a civilian cartographer at that federal agency’s Atlantic Marine Center in Norfolk. Her initial responsibilities at NOAA included data collection. Fields had been working in that position for less than a year when she was commissioned as an ensign in the NOAA Corps. Fields was the first African American woman to join the NOAA Corps. As part of her training, she studied hydrography at the Armed Forces Staff College in Norfolk.

As part of her subsequent service, Fields served as an operations officer on the NOAA survey ships NOAAS Mount Mitchell and NOAAS Peirce. She was also executive officer of the survey ship NOAAS Rainier. In 1989, Fields was given command of NOAAS McArthur. This assignment made her the first African American and the first woman to command a NOAA ship. Another career milestone for Fields took place in 1997, when she became acting deputy director of NOAA’s National Ocean Service (NOS). Under her leadership, NOS doubled its production of nautical charts and reduced the time for updating those charts from 47 weeks to four weeks.

After being confirmed as director of the NOAA Corps and OMAO by the Senate, Fields was promoted from captain to rear admiral. “I have spent my career working very hard,” she said in an interview with the Washington Post at the time she assumed the role of director. “I have spent the right time doing the right kinds of jobs and obviously have been in the right kind of assignments to put me in the position to be here.” Fields further noted, “The fact that I’m female is nice; the fact that I’m black is nice, but I don’t think those were the reasons I was selected.” Fields served as director until her retirement towards the end of 2003.

Fields has received several honors for her professional achievements. In 1996, for example, the National Technical Association named her one of the top 50 minority women in science and engineering. In addition, Fields was given the Congressional Black Caucus’s Ralph M. Metcalfe Health, Education and Science Award in 1999 and the U.S. Department of Commerce Gold Medal for Leadership in 2000. (NOAA is an agency within the U.S. Department of Commerce.)  Another official recognition of Field’s public service likewise occurred in 2000, when lawmakers in her native state of Virginia passed a joint resolution “as an expression of the General Assembly’s admiration for her accomplishments and best wishes for continued success.”