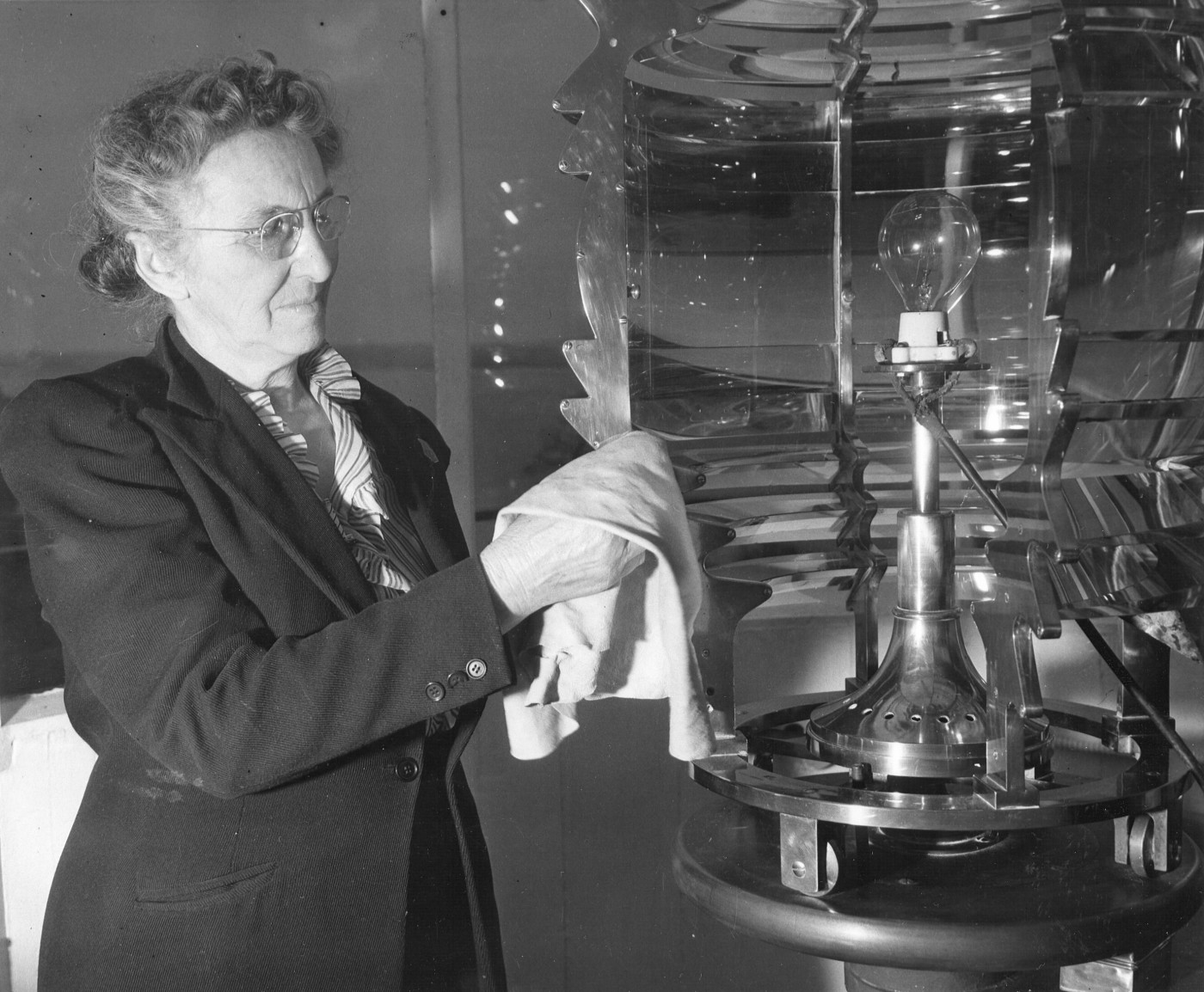 The Virginia-born Salter had arrived at Turkey Point Light in 1922 after her husband Clarence W. “Harry” Salter was assigned to serve as its keeper. She worked alongside him at that lighthouse until his death only three years later. Fannie Salter sought to replace her late husband as the lighthouse’s keeper, but this request was initially turned down because of her age. She vigorously appealed that decision, and ultimately President Coolidge stepped in to authorize her appointment as the new Turkey Point Light keeper.

Over the next 22 years, Salter diligently carried out those duties. (The above 1946 photo shows her polishing the Fresnel lens at the lighthouse.) Starting in 1932, Salter was the last remaining female lighthouse keeper in the United States.

For most of her time as keeper, Salter’s daily routine included lighting a lamp at dusk, making her way up into the lighthouse tower, and placing the lamp within the lens located there. During the next few hours and before she went to her bedroom for the night, Salter would check on the lamp a couple of times to make sure that it was still lit. Since she could easily see the light from her bedroom, Salter would immediately go back to the top of the tower whenever that light went out or if there were any other problems with the navigational apparatus during the rest of the night.

In one interview, Salter bluntly assessed her responsibilities as keeper throughout most of her tenure. “Oh, it was an easy-like chore,” said Salter, “but my feet got tired, and climbing the tower has given me fallen arches.” With the introduction of electricity at Turkey Point Light in 1943, Salter’s daily duties became a little easier; all that she henceforth had to do was flick a switch to turn on a large bulb inside the lens. That bulb would then provide light for vessels in the area.

An especially memorable experience for Salter occurred one foggy night when the wind-up mechanism for the lighthouse bell stopped working. This malfunction took place just as a steamship was traveling through the region on her way to the Chesapeake and Delaware Canal. Salter manually rang the bell four times per minute for a total of 55 minutes to help ensure that the steamship would safely pass through the fogbound area. A consequence of Salter undertaking that substitute procedure was that she missed a phone call from her son-in-law to let her know that her daughter had just given birth to a girl.

After her retirement at the age of 65, Salter moved into a house that was six miles (9.7 kilometers) from Turkey Point Light and likewise located along the Chesapeake Bay. This later-in-life residence allowed her to continue watching ships in that part of the bay.