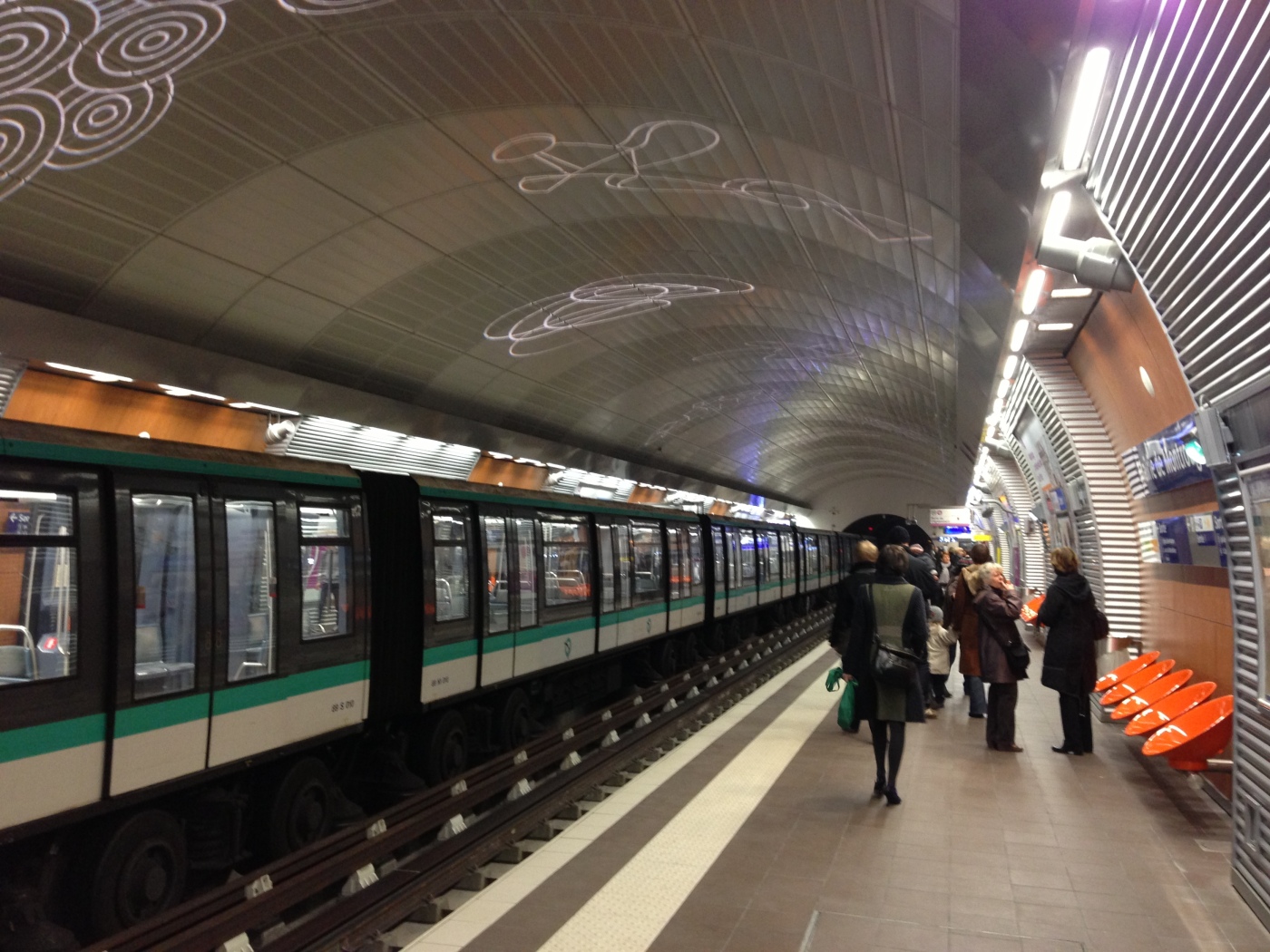 Mairie de Montrouge was opened with a great deal of fanfare. Those taking part in the early-afternoon dedication ceremony for the station included Frédéric Cuvillier France’s minister for transport and the maritime economy; Jean-Loup Metton, mayor of Montrouge; and Pierre Mongin, president and chief executive officer of the Paris-area public transport authority Régie Autonome des Transports Parisiens (operator of the Paris Métro).

Along with being the southern endpoint for Paris Métro Line 4, Mairie de Montrouge was the first new station of that line in more than a century. The line, which encompasses 27 stations altogether, covers a total of 7.5 miles (12.1 kilometers). Porte de Clignancourt, the station serving as the northern terminus of Line 4, was opened in 1908.

Additional information on Paris Métro Line 4 is available at  https://en.wikipedia.org/wiki/Paris_M%C3%A9tro_Line_4