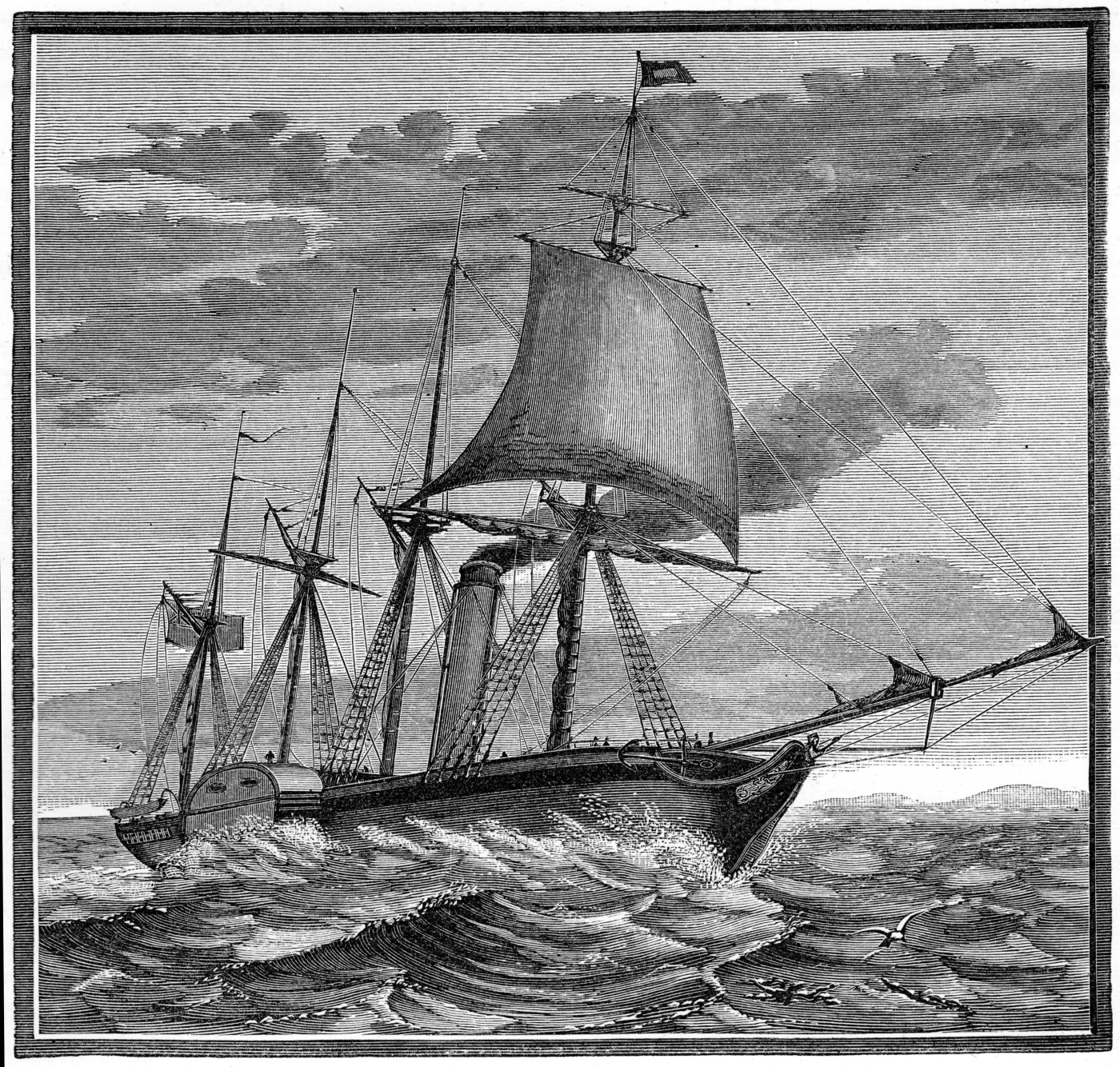 A significant advance in transatlantic travel took place with the arrival of the wooden paddle-wheel steamship SS Great Western in New York City. This vessel, which was designed by the accomplished civil engineer Isambard Kingdom Brunel and owned by England’s Great Western Steam Ship Company, was the first steamship specifically built for crossing the Atlantic Ocean.

In 1819, the American hybrid sailing ship/sidewheel steamer SS Savannah had technically become the first steamship to cross the Atlantic when it traveled from Savannah, Georgia, to Liverpool in England; however, steam power was used for only a small fraction of that journey. Great Western, in other words, was intended to be the first true test of a transatlantic voyage entirely dependent on steam.

On March 31, 1838, Great Western began her historic maiden voyage across the Atlantic by sailing first to the British city of Bristol. En route there, though, a fire broke out in the ship’s engine room and – in the ensuing confusion – Brunel was injured when he fell 20 feet (six meters). He had to be put ashore and the ship’s departure was delayed until April 8 as a result of that and damages from the fire. The whole incident also compelled more than 50 people to cancel their bookings on the ship, with only seven passengers on board when the ship finally set sail for New York.

In the meantime, the rival British & American Steam Navigation Company launched its wooden side-wheel steamship SS Sirius to travel across the Atlantic as well and reach New York first. That ship sailed from London to Cork, and left that Irish city for her own transatlantic voyage on April 4. Despite that four-day head start and the advantage of being the lighter of the two ships, Sirius ultimately found herself in a tight race with Great Western.

Sirius experienced her own on-board challenges, as a matter of fact, when coal ran low in the middle of the Atlantic and the crew had to burn everything from cabin furniture to one of the masts for needed fuel – an episode that became the inspiration for a similar sequence in Jules Verne’s classic novel Around the World in Eighty Days. Sirius did make it to New York first, arriving there on April 22, and Great Western reached that destination the following day.

Notwithstanding its second-place finish, Great Western in many respects emerged as the real winner in that transatlantic race between steamships. While Sirius notoriously ran out of fuel en route to New York, for example, Great Western made it there with 200 tons (181.4 metric tons) of coal still on board. In addition, Great Western made it across the Atlantic in less time – 15 days compared with 18 for Sirius. Equally telling was that, while Sirius made one more transatlantic round trip before resuming its regular London-Cork route, Great Western would be deployed for numerous additional ocean crossings in the years to come.

Great Western, due to her exemplary performance in that maiden voyage, also served as the model for similar steamships when it came to efficient and expeditious travel between both sides of the Atlantic. Sailing ships had traveled across that ocean westward in 33 days’ time on average and 22 days when going east; the new steamships exemplified by Great Western, however, would shorten the westward crossings to 17 days on average and typically take just 15 days when traveling eastward.