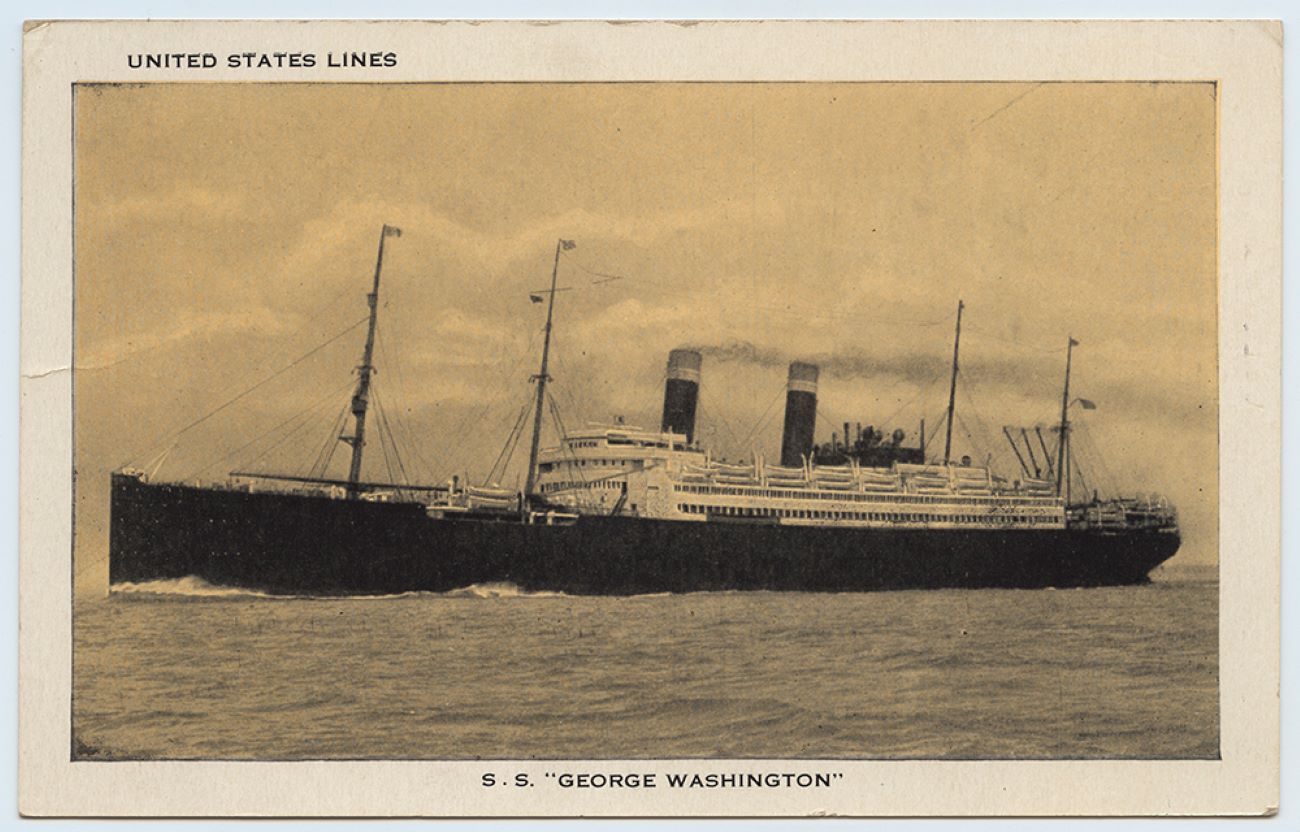 The one-time German ship SS George Washington embarked on her first voyage as an American ocean liner. This reconditioned ship left Hoboken, New Jersey, just before two o’clock in the afternoon for European destinations that included Plymouth, England; Cherbourg, France; and Bremen, Germany. That transatlantic trip took place a little over two-and-a-half years after an armistice ended World War I in Western Europe.

Sailing under the flag of the United State Mail Steamship Company, the George Washington carried more than 1,800 passengers and 6,000 sacks of mail. A large crowd turned out despite a heavy downpour of rain to help cheer on the ship as she left Hoboken.

The George Washington was named in honor of the first U.S. president back in 1908, when the vessel had been built for the Bremen-based shipping company North German Lloyd. At that time, this German vessel was the world’s third largest ship. Her career as a German transatlantic ocean liner ended with the outbreak of World War I, when she was interned by the then-neutral United States.

After the United States entered the war on the side of the Allied Powers and against Germany, the ship was seized and then converted into the troop transport USS George Washington (ID-3018) by the U.S. Navy. Before being decommissioned and reconditioned for passenger service, the ship transported President Woodrow Wilson to France twice for the post-war Paris Peace Conference.

After her first post-war passenger voyage under the flag of the United States Mail Steamship Company, the ship sailed in transatlantic passenger service for United States Lines for 10 years. This ship saw action again during World War II, when she was recommissioned as USS Catlin (AP-19) by the U.S. Navy and then chartered to the U.S. Army as USAT George Washington. The ship’s service as an Army vessel came to an end in 1947, and she was sold for scrap four years later after being severely damaged in a fire.

For more information on the SS George Washington, please check out https://en.wikipedia.org/wiki/SS_George_Washington