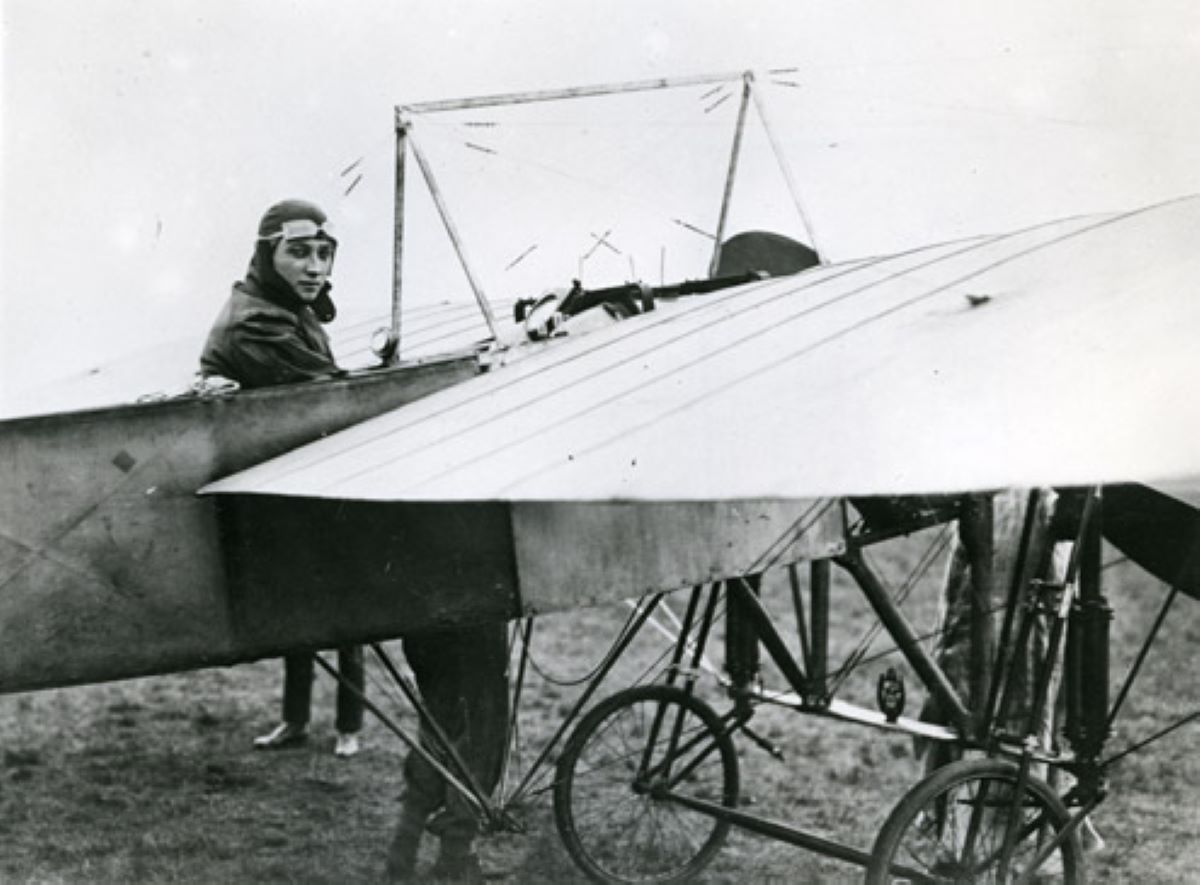 The world’s first scheduled mail delivery via plane took place in England when pioneer aviator Gustav Hamel flew a Blériot XI aircraft between the Hendon airfield in north London and the Great Park (located just south of the royal residence of Windsor Castle). King George V had given permission for Hamel’s plane and others likewise transporting mail along that route to use the royal property for takeoffs and landings.

Hamel was originally set to undertake that maiden trip in the morning, but high winds postponed the flight until late in the afternoon. While several bands played and thousands of people turned out to cheer him on, Hamel left Hendon at 4:30 p.m. for that 20-mile (32.2-kilometer) flight. He landed at the Great Park at 5:11 p.m.

Hamel transported several bags of mail during that flight. These bags contained plenty of postcards, including one that he wrote out en route. The bags also contained missives for such dignitaries as the crowned heads of Europe and members of the Cabinet of the United Kingdom; each envelope was stamped with the words “First United Kingdom Aerial Mail.”

After Hamel landed in Windsor, the mail from his plane was taken to that town’s post office, sorted, and then transported back to London via a train in the evening. “Huge strides have been made in aviation,” reported one newspaper in highlighting Hamel’s first-of-a-kind flight, “and, as has been pointed out, it will indeed be a pity in many ways if, when the novelty of the idea is over-shadowed by the next new sensation, the mail-carrying aeroplane is allowed, metaphorically, to drop.” (The above photo of Hamel in his Blériot XI plane was taken on the day of his historic flight between the Hendon airfield and the Great Park.)

For more information on Gustav Hamel, please check out https://en.wikipedia.org/wiki/Gustav_Hamel