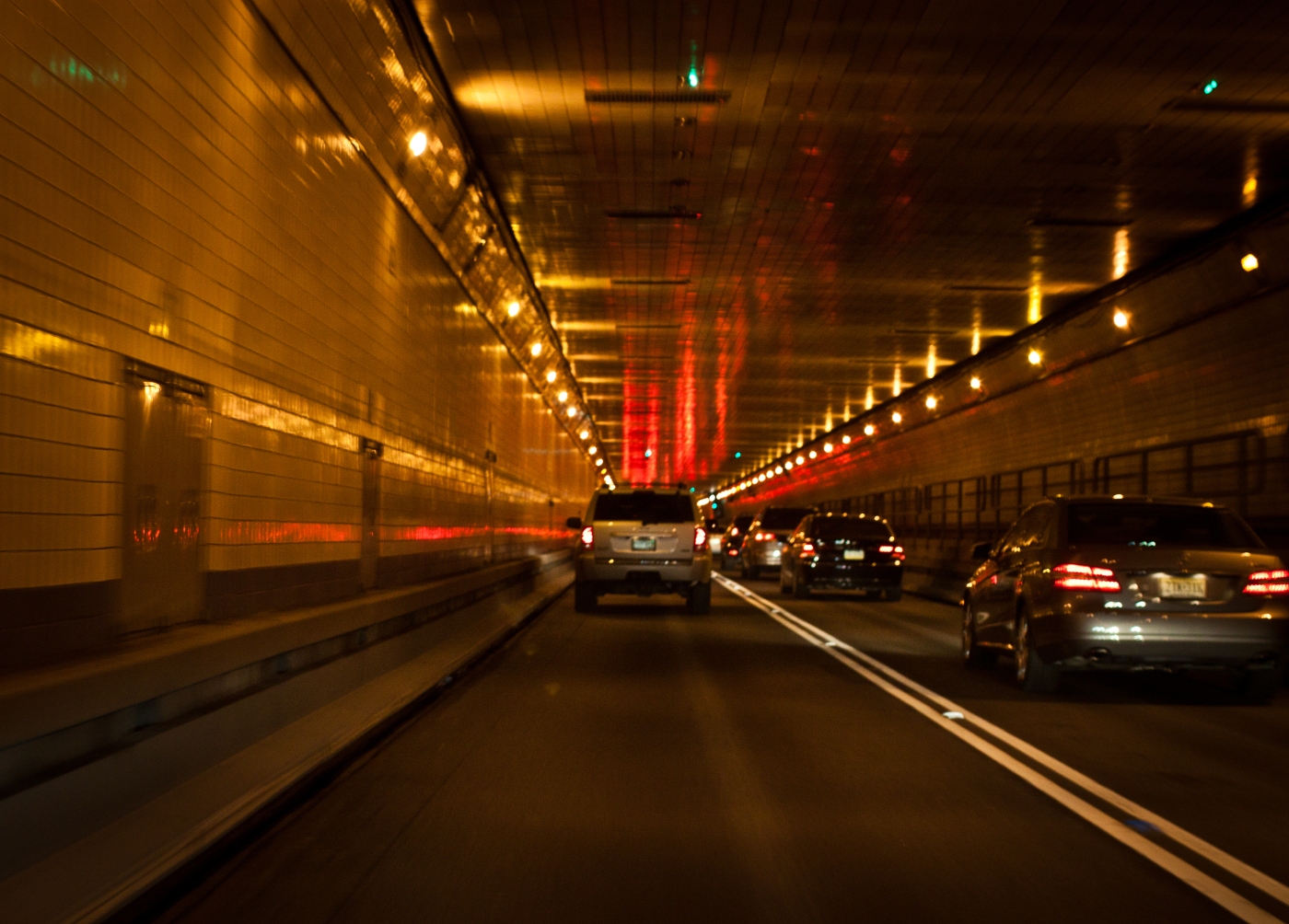 The Lincoln Tunnel, which serves as a link between Weehawken, New Jersey, and New York City’s Midtown Manhattan, was officially opened to traffic with the debut of its first tube.  “Engineering Marvel Dedicated,” proclaimed a headline in the Pennsylvania-based Indiana Evening Gazette.

This structure and the Holland Tunnel (in operation since 1927) have the distinction of being the only two automobile tunnels built under the Hudson River. The Lincoln Tunnel was designed by civil engineer Ole Singstad.

The original intended name for this structure was the Midtown Vehicular Tunnel. The planners, however, ultimately agreed that — in light of the expectation that the tunnel would become a major transportation conduit for that metropolitan area –it should have a name of broader significance.  It was therefore decided to instead name the tunnel after the nation’s 16th president.

“Shrieking whistles of harbor craft, artillery salvos, dipping airplanes and exploding aerial bombs” were all part of the well-attended dedication ceremonies for the Lincoln Tunnel, according to the Indiana Evening Gazette. The initial cost for traveling through the tunnel was 50 cents per passenger automobile.

For more information on the Lincoln Tunnel and its history, please check out https://www.panynj.gov/bridges-tunnels/en/lincoln-tunnel/history.html and https://en.wikipedia.org/wiki/Lincoln_Tunnel