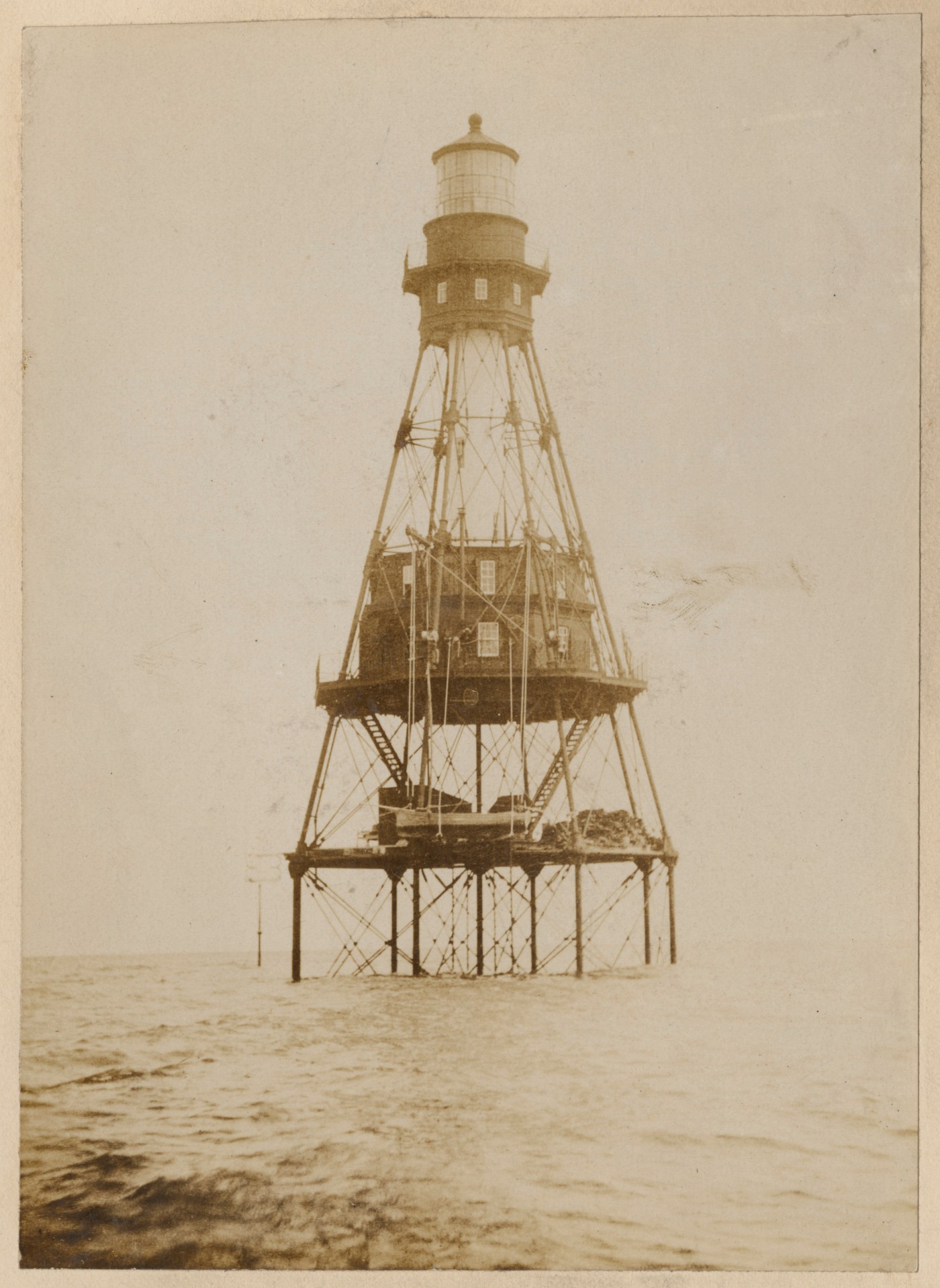 The American Shoal Light, which is located on a submerged reef in the Florida Keys, first went into service. The inaugural lighting of this navigational aid was done that night by William Bates, the newly constructed lighthouse’s first keeper. He served in that role until 1889.

The American Shoal Light can be found about 15 miles (24.1 kilometers) east of the Florida Keys’ southernmost tip at Key West. The New Jersey-based Phoenix Iron Company built this lighthouse, which rests on a screw-pile foundation made of iron and stands 109 feet (33 meters) above the water. The American Shoal Light includes a pyramid-shaped skeletal tower designed to both withstand strong hurricanes and contain the octagonal dwelling that originally housed those who maintained the structure and operated its light.

The American Shoal Light was the last of several offshore iron screw-pile lighthouses built to stand guard over Florida’s dangerous reefs between Miami and Key West and help protect vessels sailing through the region. The addition of the American Shoal Light to that chain of navigational aids, as a matter of fact, made possible an unbroken link of beacon lights covering the full length of the area’s coral barrier reefs system. (This system is the third largest of its kind in the world).

For more information on the American Shoal Light, please check out https://en.wikipedia.org/wiki/American_Shoal_Light