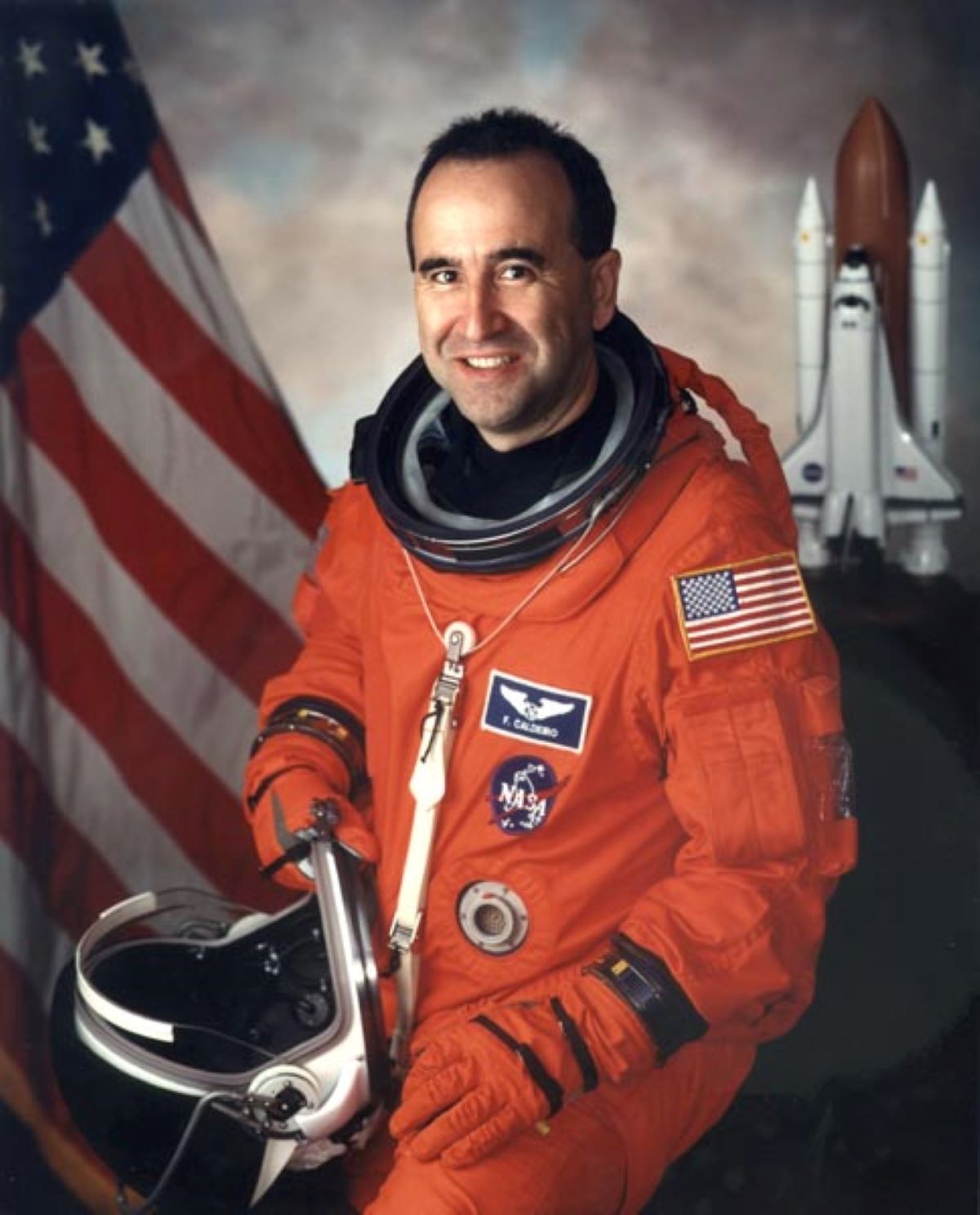 Scientist and NASA astronaut Fernando “Frank” Caldeiro was born in Argentina’s capital city of Buenos Aires on June 12, 1958. As a young immigrant to the United States, however, he regarded both New York City and the Florida community of Merritt Island as his actual hometowns.

Caldeiro graduated from William Cullen Bryant High School in New York City’s borough of Queens in 1976. A couple of years later, he received an associate degree in applied science in aerospace technology from Farmingdale State College on Long Island. Caldeiro went on to earn a bachelor of science degree in mechanical engineering from the University of Arizona in 1984 and a master of science in engineering management from the University of Central Florida (UCF) in 1995.

Early on in his professional career, Caldeiro worked from 1985 to 1988 as a test director for the manufacturing company Rockwell International. His position entailed assisting with the production and test flights of that company’s Rockwell B-1B Lancer, a supersonic bomber eventually adopted for use by the U.S. Air Force. Caldeiro was also involved in the checkout and delivery logistics for that aircraft.

In 1991, KSC hired Caldeiro as a cryogenic and propulsion systems expert for that NASA field center’s safety and mission assurance office. He also undertook several special assignments at KSC; these assignments included serving as the executive staff assistant to the director of safety, reliability, and quality assurance. Caldeiro ultimately took part in a total of 52 space shuttle launches during his time at KSC.

Caldeiro was selected for the NASA astronaut program on May 1, 1996. As a candidate in this program, he was part of Astronaut Group 16 (nicknamed “The Sardines”). In August of that year, Caldeiro reported to NASA’s Lyndon B. Johnson Space Center (JSC) in Houston. Caldeiro, who qualified for flight assignments as a mission specialist, served in the Astronaut Office Station Operations Branch as lead astronaut for the International Space Station Environmental Control and Life Support Systems as well as the European-built station modules. In this role, Caldeiro was extensively involved in the development of flight and maintenance procedures.

Caldeiro’s work at NASA also included serving as lead astronaut for software testing at the Shuttle Avionics Integration Laboratory between June 2005 and December 2006. His responsibilities in this regard included the design and testing of in-flight maintenance procedures. During this timeframe, Caldeiro was also assigned to the WB-57 High Altitude Research Program in the Aircraft Operations Division at Ellington Field Joint Reserve Base (located near JSC). His duties involved overseeing the integration and operation of high altitude atmospheric research experiments conducted on board NASA’s WB-57 aircraft.

After battling a brain tumor for more than two years, Caldeiro died on October 3, 2009, in League City in the Greater Houston metropolitan area. He was 51.

During his career, Caldeiro received several awards for his accomplishments. These honors included a Rockwell International Corporation Certificate of Commendation; a KSC Public Affairs Certificate of Appreciation; a UCF Distinguished Alumni Award; and the National Hispanic Scientist of the Year Award from the Tampa-based Museum of Science and Industry.

For more information on Fernando “Frank” Caldeiro, please check out https://en.wikipedia.org/wiki/Fernando_Caldeiro and https://www.nasa.gov/sites/default/files/atoms/files/caldeiro_fernando_0.pdf