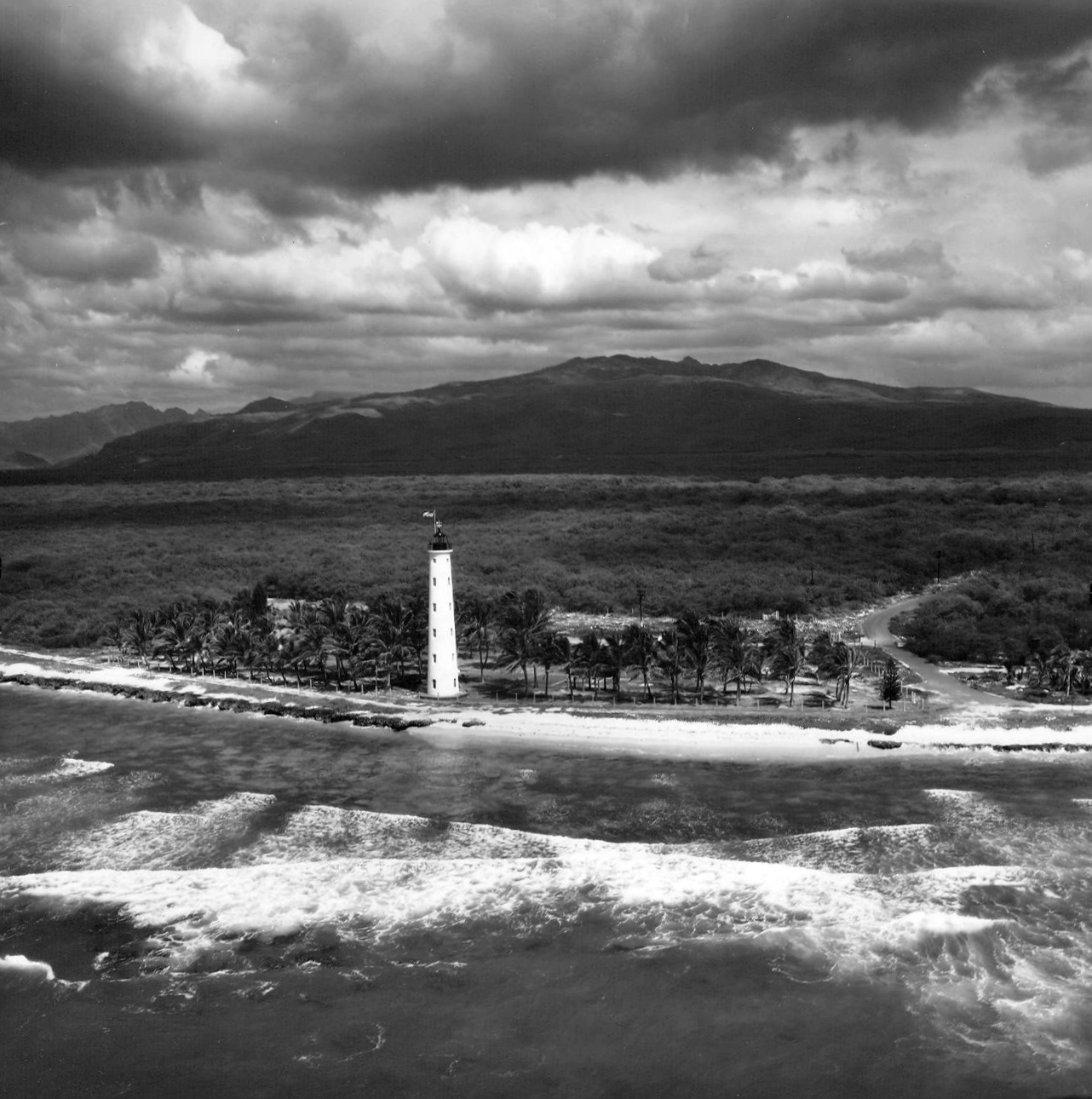 With New Year’s Eve fast approaching, it was definitely a case of “out with the old, in with the new” on the southwest tip of the Hawaiian island of Oahu due to the replacement of one lighthouse with another there. (At the time, Hawaii was a U.S. territory; it became the 50th state in 1959.)  That section of Oahu is widely known as Barbers Point because it is where a British sea captain named Henry Barber wrecked his ship in 1796; the area is also called Kalaeloa, which means “long point’ in Hawaiian. The original Barbers Point Light, which had been in operation there since 1888, was torn down on that last Tuesday in 1933 so that a newly built lighthouse located nearby could go into service.

The toppling of the first version of Barbers Head Light — a structure measuring 42 feet (13 meters) in height — took place during the mid-afternoon. The Honolulu Star-Bulletin reported, “After workmen had cut into its foundations, in much the same manner as a tree is felled, the last of the old Hawaiian lighthouses crashed to earth and the old landmark became a mere mass of debris.”

The final keeper of that lighthouse was Samuel Apolo Amalu. He had begun his career in 1906 when he joined the U.S. Light-House Board (replaced four years later by the U.S. Lighthouse Service), and is remembered today as the dean of Hawaii’s lighthouse keepers. Amalu first served as keeper of the original Barbers Point Light between 1909 and 1913, and he returned to that role in 1929. With the demolition of that structure, Amalu became the first keeper of its 72-foot (22-meter)-tall replacement. His tenure as keeper of the current Barbers Point Light lasted until 1941.

The current version of Barbers Point Light, which is pictured above in a photo taken in 1952, remains in active service as a navigational aid. This lighthouse is not open to the public.