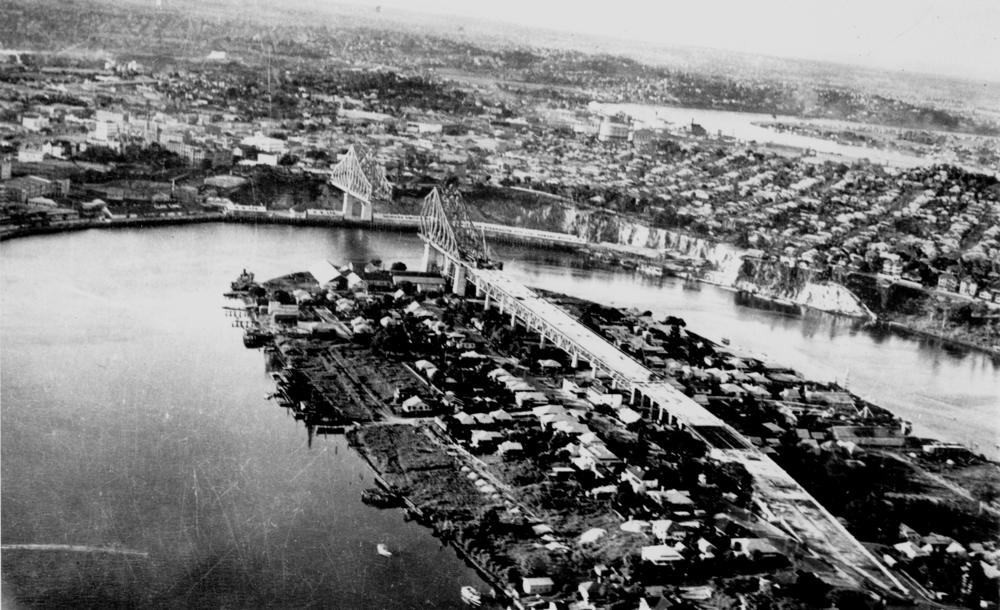 The Story Bridge in the state of Queensland in northeastern Australia made its public debut. The 2,549-foot-long structure, spanning the Brisbane River and connecting the northern suburbs of Brisbane with the city’s southern suburbs, is the longest cantilever bridge in Australia. At the time of its grand opening, the Story Bridge – measuring 79 feet in width and 243 feet in height – was the largest bridge to be both designed and constructed by Australian talent with mostly homegrown materials.

Unsurprisingly, assessments of the just-completed Story Bridge were very favorable and expectations for it were quite high. “STORY BRIDGE LINK TO NEW ERA,” proclaimed a headline in the Brisbane-based Sunday Mail newspaper on the day that the structure was opened. A headline in another Brisbane newspaper, The Telegraph, read: “Symbol of a Nation’s Unity and a People’s Enterprise.” The bridge was “[r]egarded as one the finest cantilever traffic ways in the world,” reported the Adelaide-based News.

The dedication ceremony was held at the northern end of the bridge, with Queensland Governor Leslie Orme Wilson cutting a red ribbon there with gold-plated scissors. “I name this bridge the Story Bridge and declare it now open to traffic,” he announced. The most impromptu moment of the event took place shortly thereafter when a black-and-tan dog bolted past the police and others in attendance to become the first one to actually cross the bridge.

The new structure was named in honor of John Douglas Story, Queensland’s longtime public service commissioner who had retired the previous year. Story, who strongly championed construction of a bridge at that location, was on hand for the dedication ceremony. According to the Sunday Mail, Story “acknowledged the naming of the bridge as a gracious and generous tribute which he was sure the [public] servants of Queensland would appreciate.”

Dr. John Bradfield designed the Story Bridge and served as its consulting engineer. He also attended the dedication ceremony and used the opportunity to praise those individuals who transformed his plans into reality and built the bridge. “I am convinced the Australian workman is equal if not better than any other,” he said. “Give him a job to do, tell him what you want, don’t fuss him, and you will get the best results.”