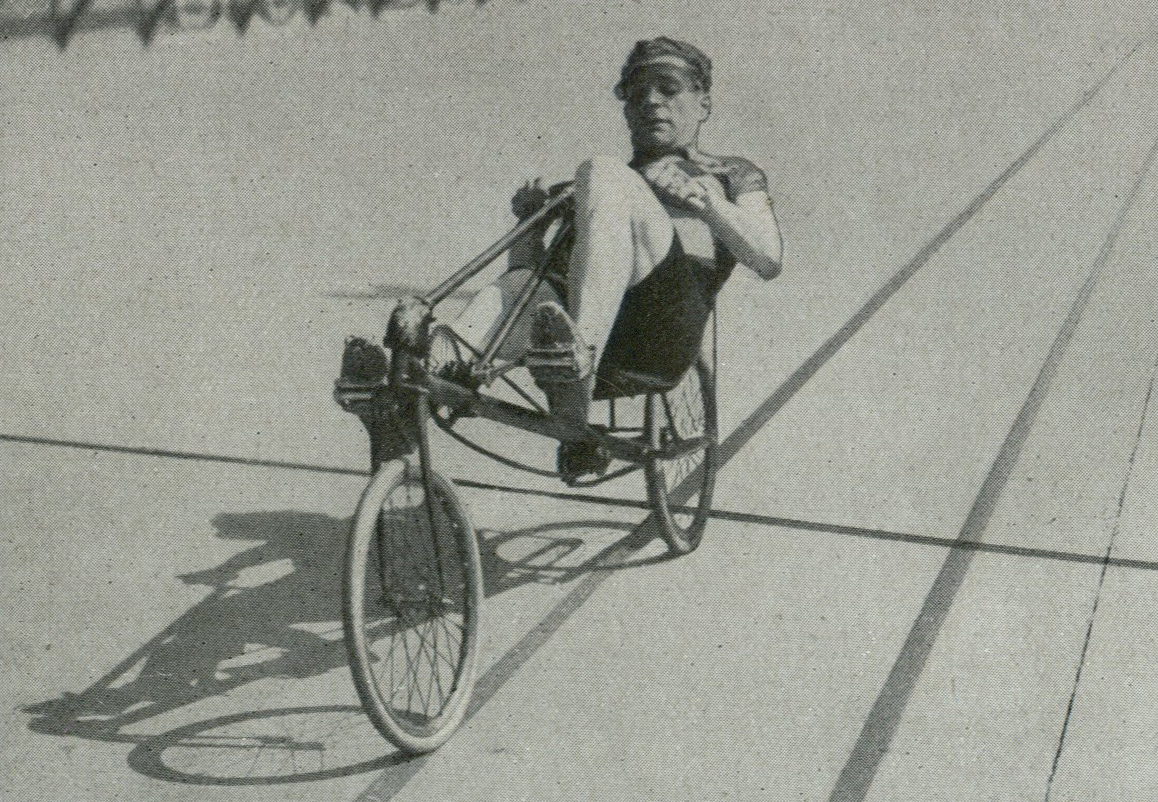 An unprecedented and even jaw-dropping victory in a cycling race took place in France when native son Francis Faure set a new world record by pedaling a different type of bicycle at the Vélodrome d’Hiver of Paris. Instead of using a conventional bicycle, Faure competed with a recumbent bicycle – a low-slung model placing the rider in a laid-back, legs-forward position – in a prestigious hour-long race. This recumbent had been built by engineer Charles Mochet and was named Vélocar.

Just before the race began, Faure had to put up with a great deal of ridicule from his competitors and others in attendance about his unique choice of a bicycle. Some people even joked that he might fall asleep while lying back on his bicycle during the race. Once the race was underway, however, the laughter and mockery faded away as Faure pedaled far ahead of the other cyclists. He ended up going 27.996 miles around the track in an hour, decisively breaking all previous records set by conventional bicycles for this event.

Faure’s victory made cycling history, but it also generated much controversy. Many argued that his use of the Vélocar provided unfair advantages such as the reduced wind resistance made possible by a recumbent bicycle. Consequently, the worldwide governing body known as the Union Cycliste Internationale (UCI) voted in 1934 to impose restrictions that basically banned recumbent bicycles from all future professional cycling events. UCI’s actions all but assured that conventional bicycles would resume their dominance in those racing events.

Despite this major setback, recumbent bicycles did not disappear altogether.  Starting in the early 1970s, for example, these bicycles experienced a steady growth in popularity among recreational cyclists. Another milestone occurred in 2006 when the World Recumbent Racing Association was established to formally recognize the records and other accomplishments involving this type of bicycle.