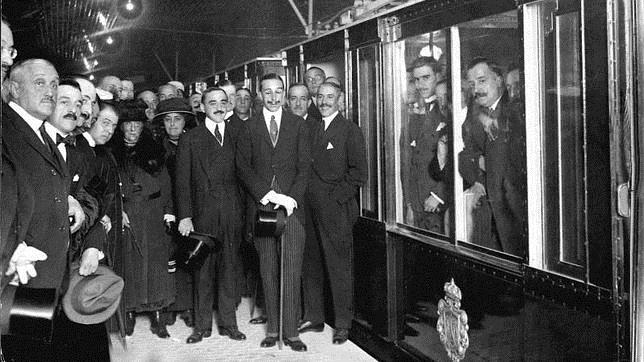 The first line of a new rapid transit system in Spain’s capital city of Madrid was opened to the general public. The opening took place just two weeks after Spain’s King Alfonso XIII officially inaugurated this initial segment of the Madrid Metro.

At the time of its debut, Line 1 of the Madrid Metro encompassed 2.2 miles (2.5 km) and eight stations between Madrid’s Cuatro Caminos ward and the city center at Puerta del Sol. The 10-minute ride between these original start and end points for the line was a notable reduction in time when compared with other means of transportation available in Madrid at the time.

Line 1 was constructed under the direction of the Compañía de Metro Alfonso XIII and designed by engineers Carlos Mendoza, Miguel Otamendi, and Antonio González Echarte. The opening of the first section of this line made the Madrid Metro the first transit network on its kind in Spain and only the second in the entire Spanish-speaking world. (The Buenos Aires Underground mass transit metro system had begun operations nearly six years earlier.)

At present, Line 1 – one of the busiest of the Madrid Metro’s 13 lines — includes a total of 33 stations and covers approximately 15 miles (24 km) between northern Madrid’s ward of Pinar de Char and the district of Villa de Vallecas in the southeastern part of the city. The entire Madrid Metro consists of 301 stations; measuring 182 miles (293 km) altogether in length, it is the seventh longest metro system in the world.

For more information about Line 1 of the Madrid Metro, please check out https://en.wikipedia.org/wiki/Line_1_(Madrid_Metro).

Additional information about the entire Madrid Metro and its history is available at https://en.wikipedia.org/wiki/Madrid_Metro and https://www.metromadrid.es/en/conocenos/quienes_somos/Historia/index.html.