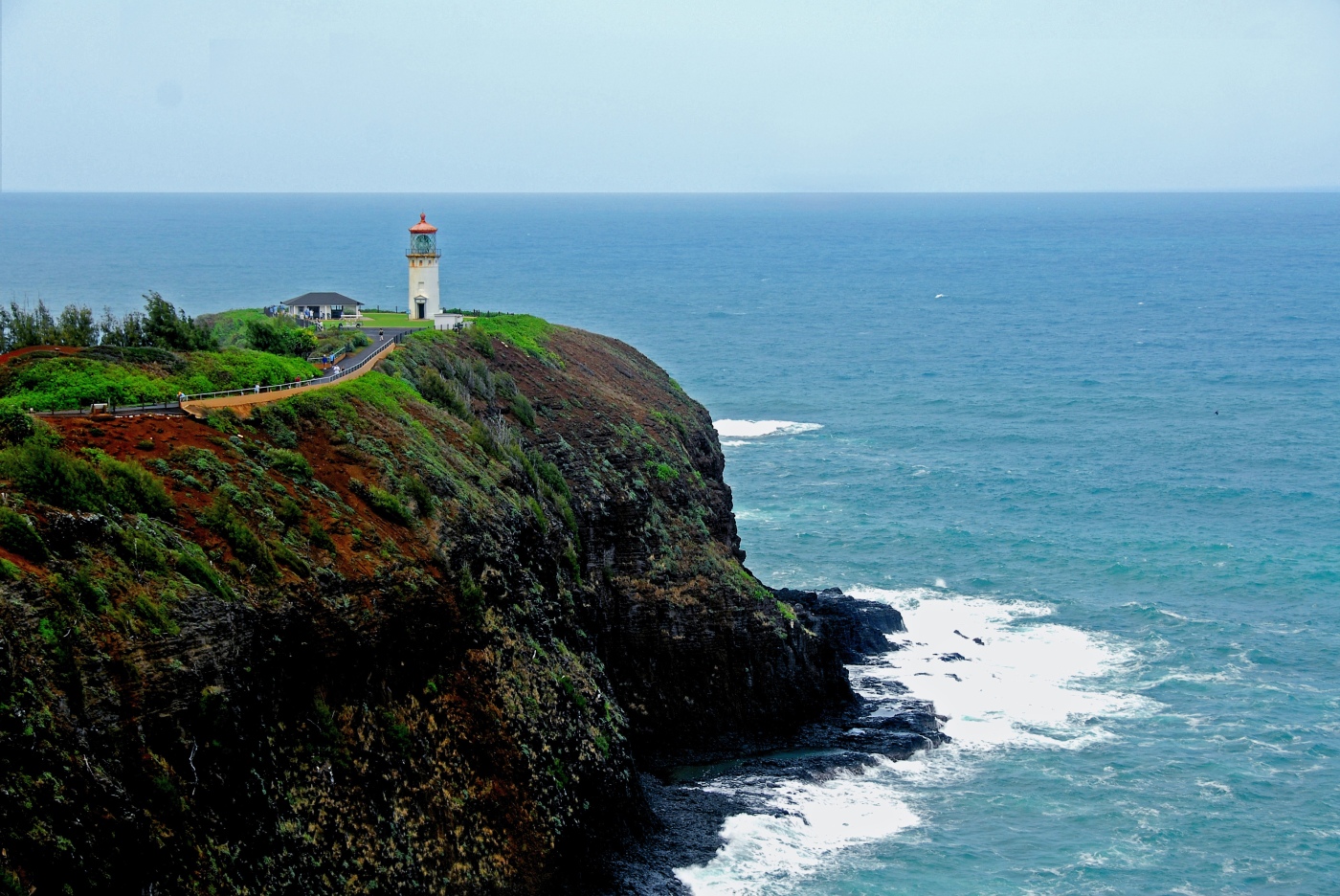 Kilauea Point Lighthouse was dedicated on the island of Kauai, part of the then-Territory of Hawaii. The concrete structure was built to serve as a navigational aid for the ever-increasing traffic of ships in the region.

The day-long dedication festivities for the lighthouse attracted a large crowd and featured a luau. The new structure quickly became a popular landmark on the island. As one local resident told the Kauai-based Garden Island newspaper less than two weeks after the lighthouse’s opening, “We are very proud of our big lamp.”

The lighthouse earned fame not only for serving as a pivotal beacon for vessels but also for providing crucial assistance to another mode of transportation. This took place during the pre-dawn hours of June 29, 1927, when U.S. Army Air Corps pilots Lieutenants Lester J. Maitland and Albert F. Hegenberger were making the first-ever flight from California to Hawaii.

The fatigued pilots, with their plane “Bird of Paradise” low on fuel and the directional radio receiver not functioning, had flown off-course and were in danger of bypassing the Hawaiian islands altogether. The pilots saw the illumination from the Kilauea Point Lighthouse below, however, and were able to get their bearings just in time. After circling Kauai until dawn, the pilots then made it safely to the island of Oahu to complete their historic flight.

Kilauea Point Lighthouse was decommissioned in 1976 and added to the National Register of Historic Places three years later. In 1985, the lighthouse was acquired by the U.S. Fish and Wildlife Service and is now part of the area’s Kilauea Point National Wildlife Refuge. The lighthouse has also become a part of popular culture, having made big-screen appearances in the Disney animated film “Lilo and Stitch” and its sequel “Stitch! The Movie.”

One thought on “Today in Transportation History – 1913: A Big Lamp Lights Up Kauai”